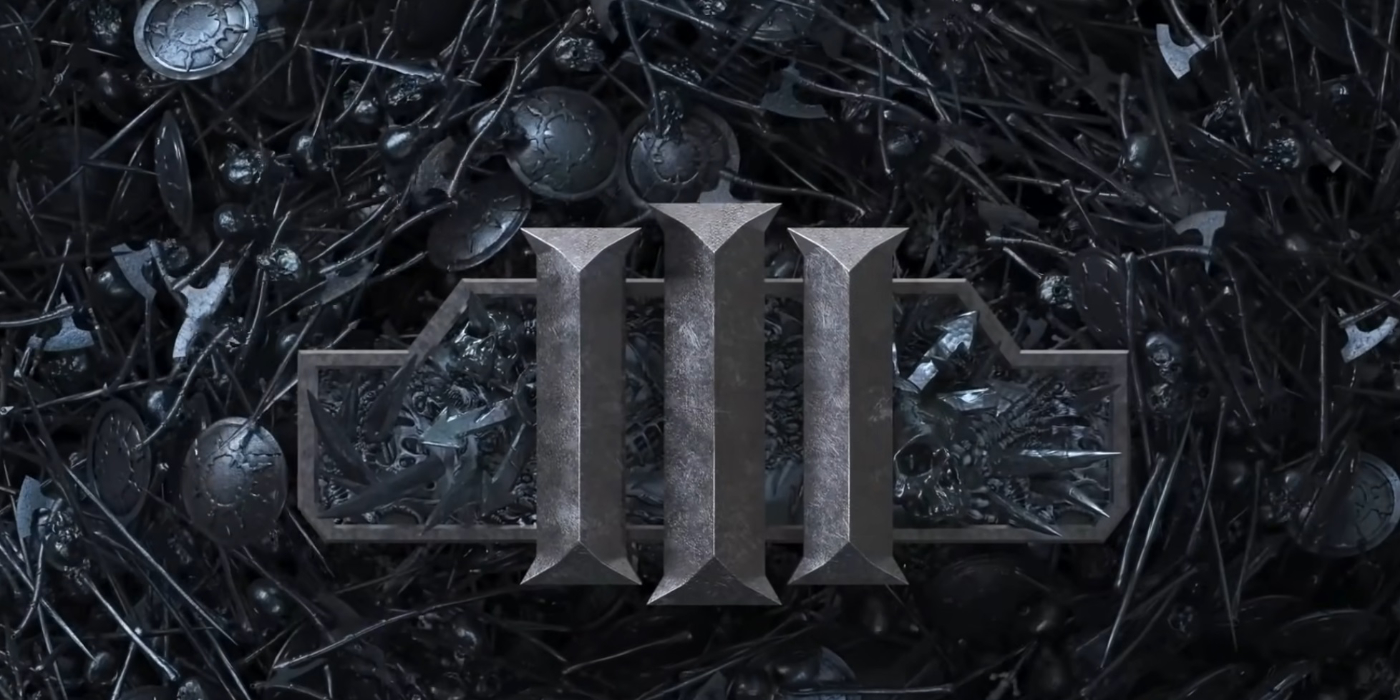 The hotly anticipated Total War: Warhammer 3 has been pushed back to early 2022 , per an announcement from Creative Assembly today.

Total War: Warhammer 3 promises to take players into the heart of Kislev and Cathay to do battle with Khorne, Nurgle, Tzeentch, and Slaanesh as they direct the forces of Chaos against the world itself. But the final game in the Total War: Warhammer trilogy will be delayed, moving  back from an estimated November release to “Early 2022” per an announcement from developer Creative Assembly earlier today. 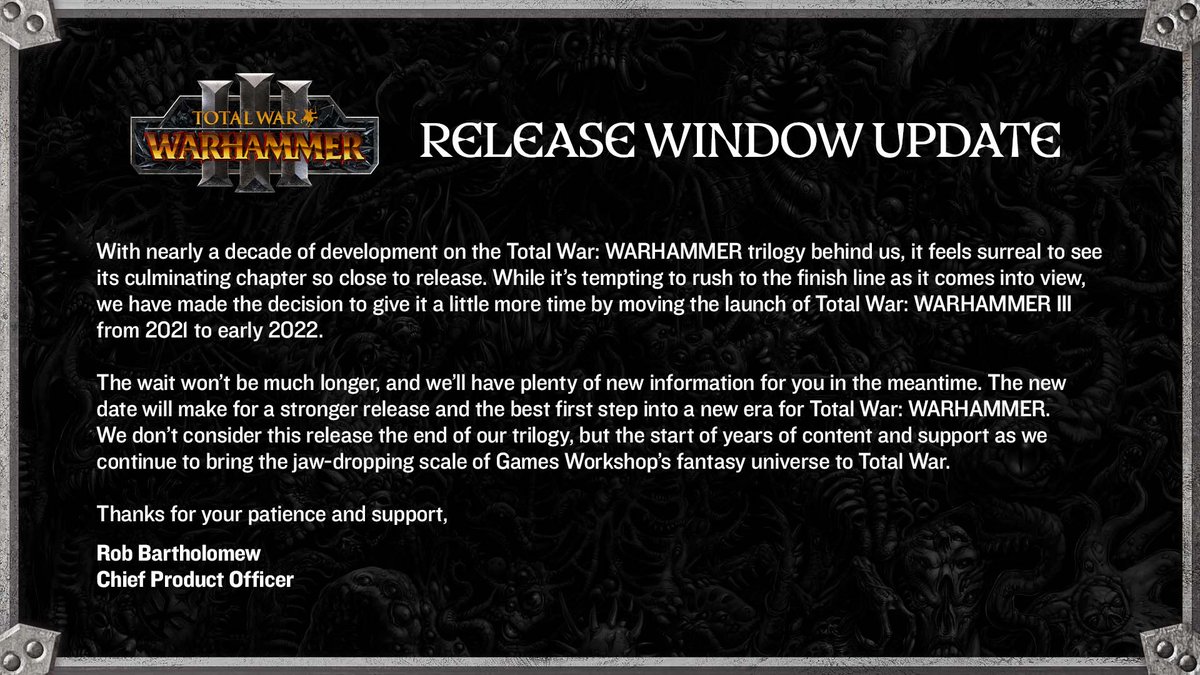 With nearly a decade of development on the Total War: WARHAMMER trilogy behind us, it feels surreal to see its culminating chapter so close to release. While it’s tempting to rush to the finish line as it comes into view, we have made the decision to give it a little more time by moving the launch of TOtal War: WARHAMMER III from 2021 to early 2022.

The wait won’t be much longer, and we’ll have plenty of new information for you in the meantime. The new date will make for a stronger release and the best first step into a new era for Total War: WARHAMMER. We don’t consider this release the end of our trilogy, but the start of years of content and support as we continue to bring the jaw-dropping scale of Games Workshop’s fantasy universe to Total War.

However, though the release has been delayed, the previews of things to come continues to ramp up, even as we get the news of the delay, Creative Assembly plans to reveal Grand Cathay tomorrow.

We know this is disappointing, but the extra time means we can accomplish more than we could if we rushed to release this year.

We won’t be staying quiet however, join us tomorrow for the global reveal of Grand Cathay… pic.twitter.com/R4GdObAs9P

So tomorrow we’ll all get to see what Cathay has to offer.

In the meantime, we’ll be waiting to see what Total War has to offer.