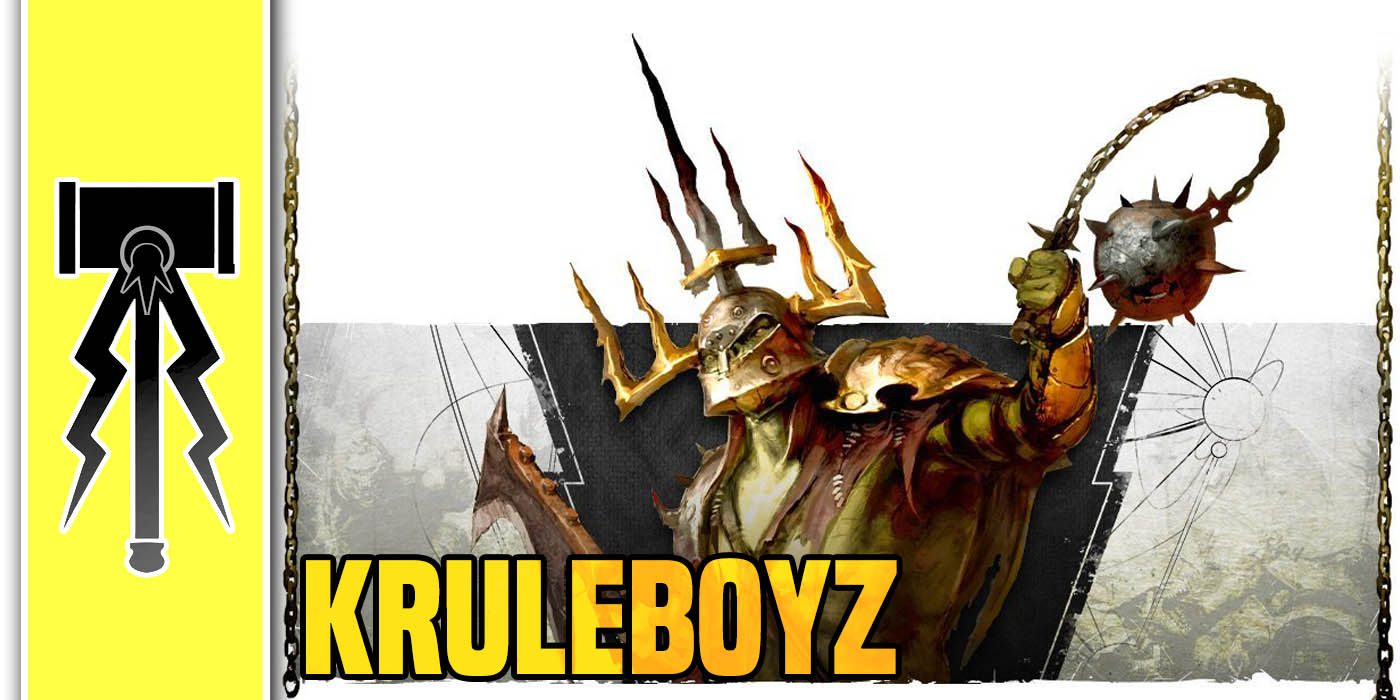 Next week the Kruleboyz are getting a number of new miniatures as reinforcements, and they all have something peculiar in common.

That’s right folks, next week you’ll be able to pre-order a ton of new miniatures to support your Kruleboyz army, and they all have one thing in common: they are all about one or more Kruleboyz riding atop something you wouldn’t expect them to be riding on. And this, coming from a world where things like “horses” don’t exist.

First up we have Gobsprakk, The Mouth of Mork. 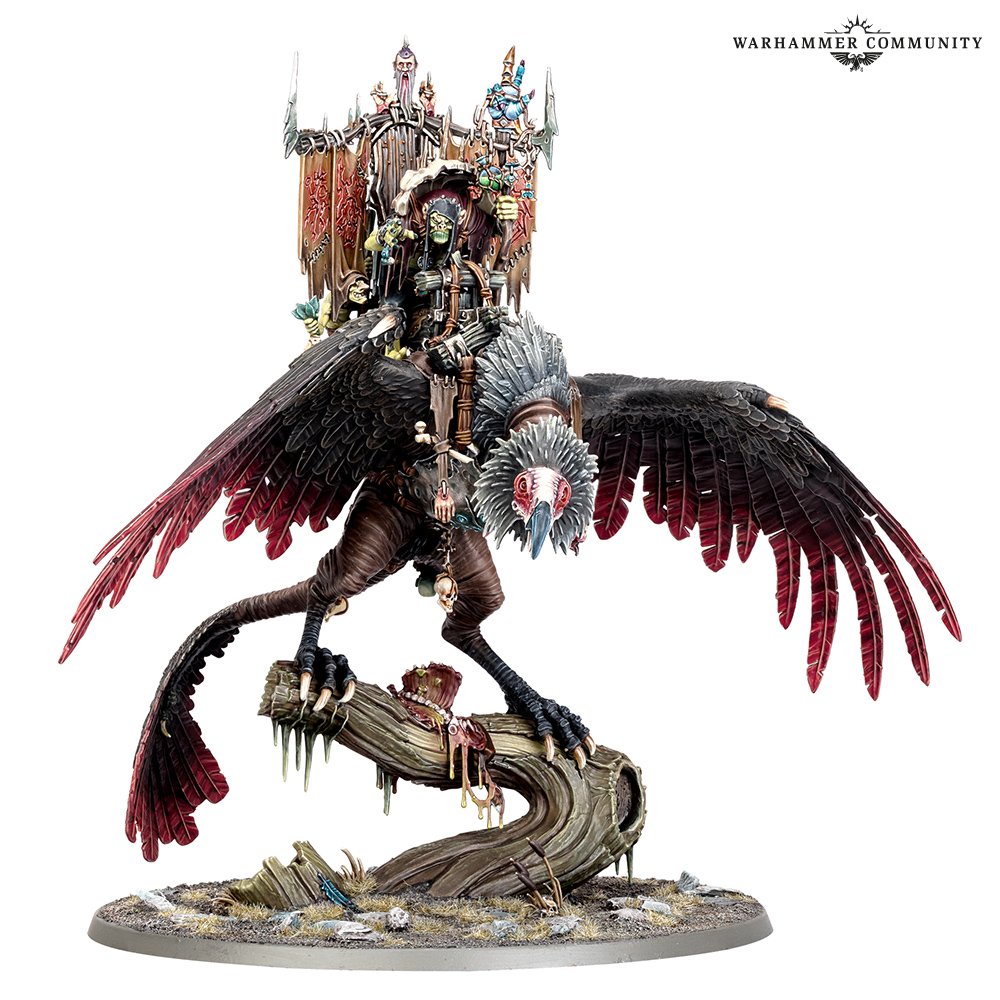 Riding on his Corpse-rippa Vulcha, Killabeak, Gobsprakk is the leader of the Kruleboyz, and from high atop his deadly bird he speaks kunnin’ truths most fowl. You can also build a regular Killaboss on Corpse-rippa Vulcha from the same kit.

Okay but that’s just one. You need more. Don’t worry, GW understands. Swampboss Skumdrekk, the richest Gitsnatcha in the swamps is coming, riding in on a Sludgeraker Beast: 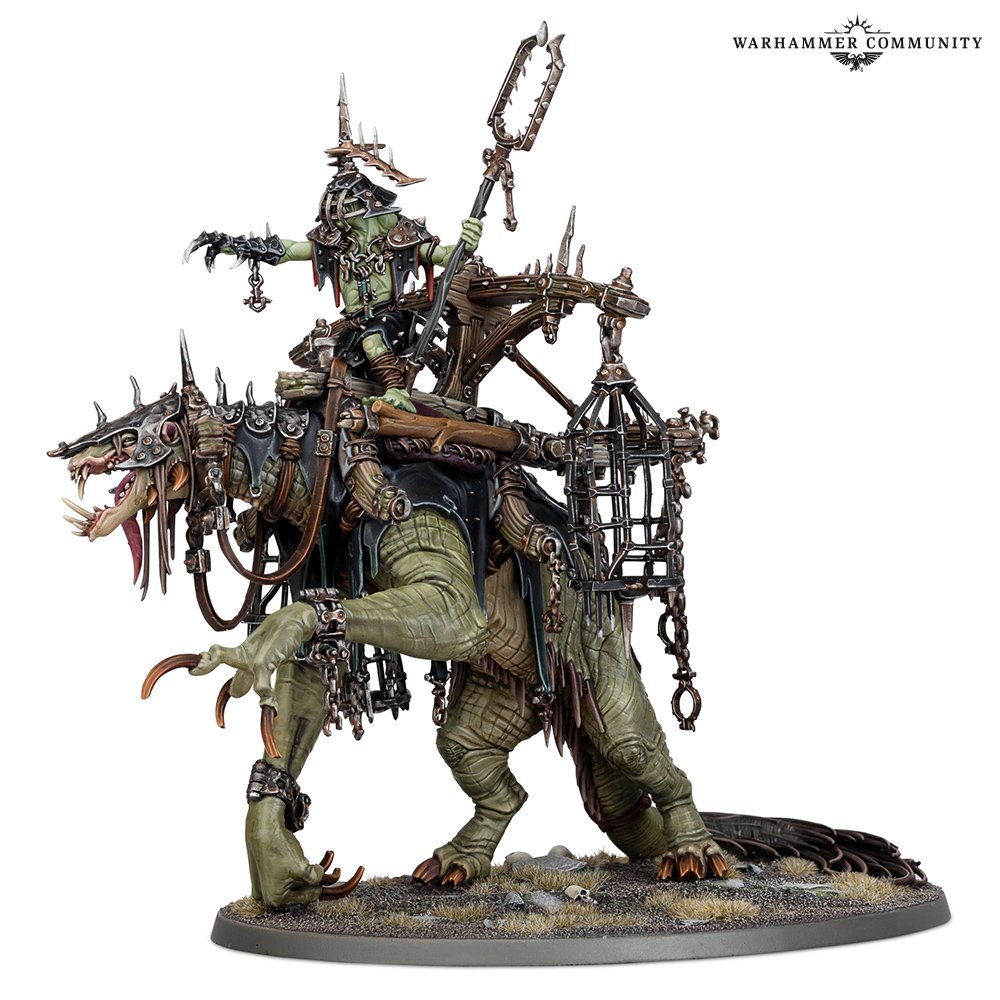 The Sludgeraker can be built with or without the helmet, and if you don’t want Skumdrekk you can build an unnamed Snatchaboss as well.

Finally a group of grots riding on a new kind of –ggoth. Not a troggoth but a Marshcrawla Sloggoth, which prowls through the swamps looking for treats it can reach (hopefully none of the grots fall out). 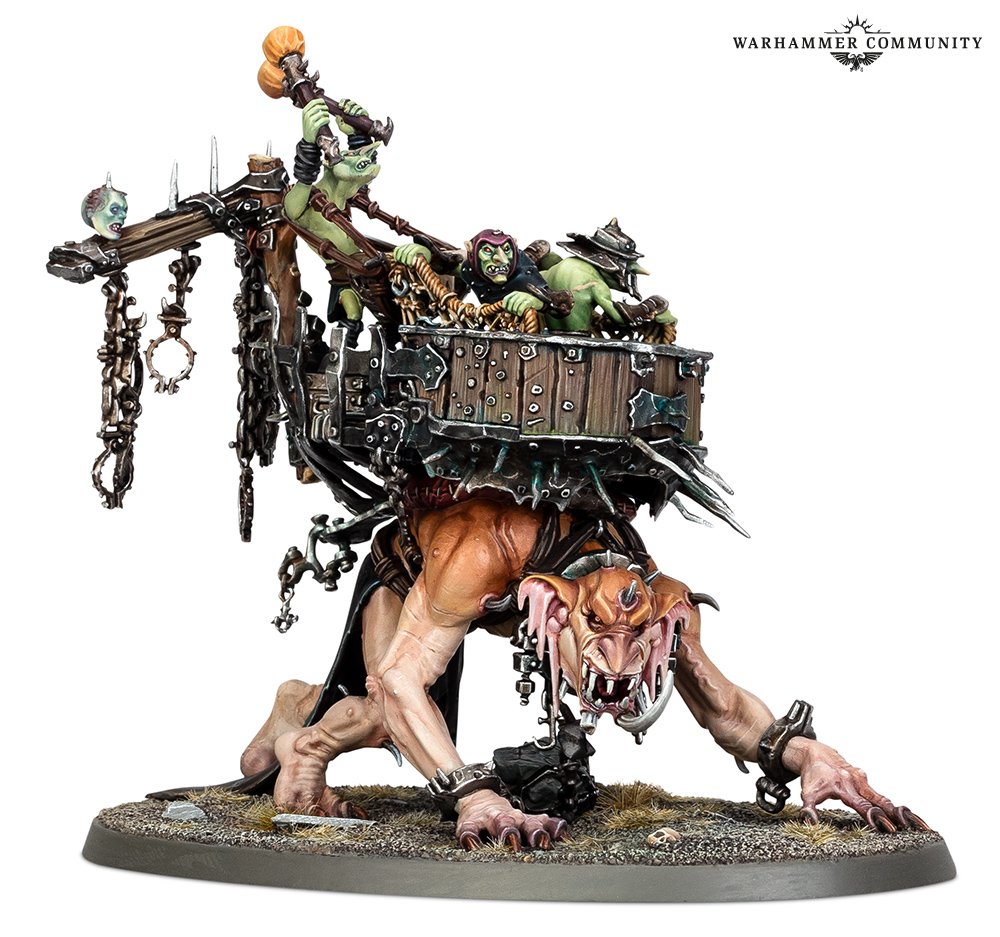 You can also pick up a bunch of new Gutrippaz, and while their miniatures aren’t actually mounted atop one of these majestic swampbeasts, they’ve got Squig Shields which is basically the same thing if you think about it for exactly this long. 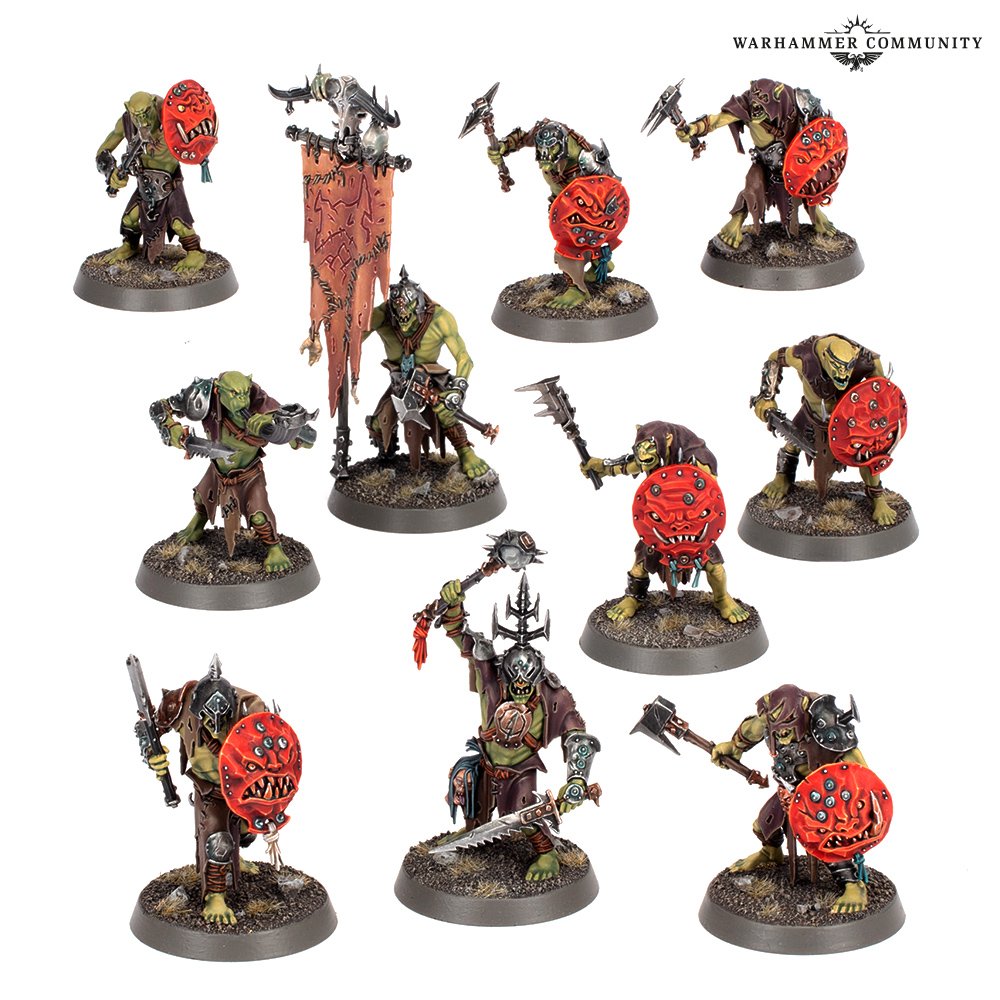