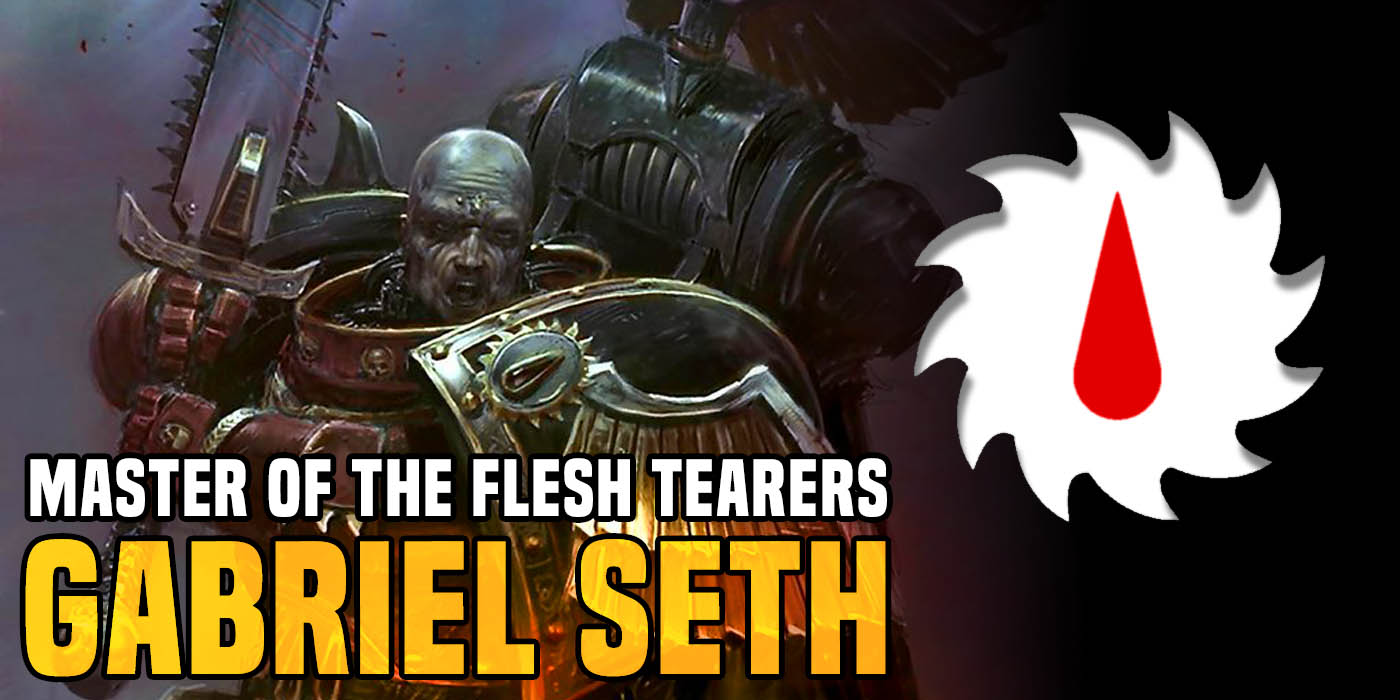 Learn of the haunted master of the Flesh Tearers – Gabriel Seth stands on the knife’s edge of duty and spiritual annihilation. 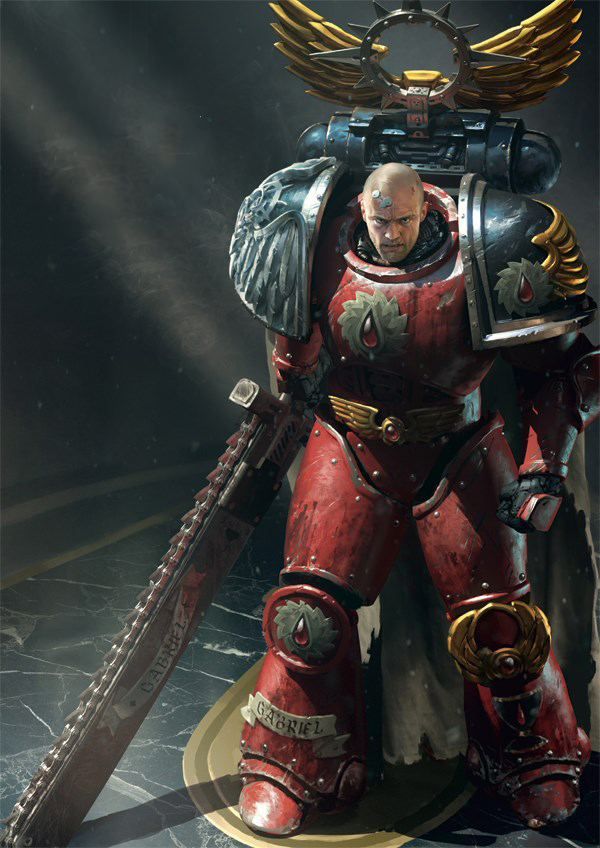 Upon hearing this, Seth made a solemn vow. The Flesh Tearers would be remembered with honor, not fear if they were to fade away. For this reason, Seth has aggressively deployed the Flesh Tearers. They now mount pro-active patrols through known enemy territory and responding avidly to distress calls from all Imperial sectors.

Despite the chapter’s continual savagery, Gabriel Seth has proven to be a competent and hopeful leader. He has taken up new policies to combat the chapter’s grisly reputation. Cretacia has become dedicated to producing weapons and recruits for the Flesh Tearers. The Chapter make strikes isolated from other Imperial forces. This both conceals their savagery and minimalizes collateral damage to Imperial allies. Many who feared the Flesh Tearers are now praising them. The chapter is still distrusted by many of their allies, however. 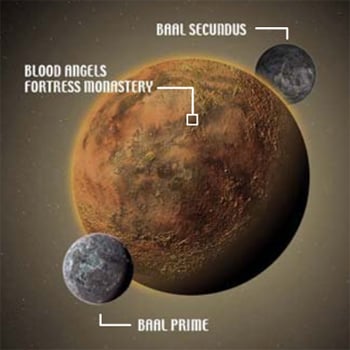 In private, Seth even suggested to Dante that the Blood Angels be disbanded. That the Flesh Tearers be allowed to take over the rule of Baal. Seth could not help but see an opportunity to rebuild his chapter’s strength. Using the devastated Blood Angels’ men and resources.

However, Gabriel Seth and Commander Dante would fight side by side, in defense of the crypt of Sanguinius, when it was attacked by mutants unleashed by Fabius Bile. After the battle, Seth addressed Dante as a true battle-brother. He pledged that the Flesh Tearers would donate the men the Blood Angels needed. Dante was more than a millennium old, but this reversal showed that he was still capable of being surprised. Seth’s support also convinced the other chapters’ Masters to make the same pledge.

During the Devastation of Baal, Seth was a key Imperial commander and fought alongside Dante. After Dante was wounded by the Swarmlord, Seth led a retreat back to the Fortress-Monastery of the Blood Angels and held out until the Indomitus Crusade arrived. Though he knows that his Chapter would be refilled with Primaris Space Marines after nearly destroying by the claws of Tyranids, Seth was not very satisfied with it. He thinks that Roboute Guilliman  would turn Flesh Tearers and other Chapters of Sanguinius bloodline into mere copies of Ultramarines in red armour. Seth is sure that without their fury, his Space Marines will lose their major distinguishing feature and become something less.

Following the Devastation of Baal Seth led the Flesh Tearers in the Angel’s Halo campaign to take the Red Scar region from the Tyranids. During the fighting on Ashallon he slew a large Tyranid psychic beast. 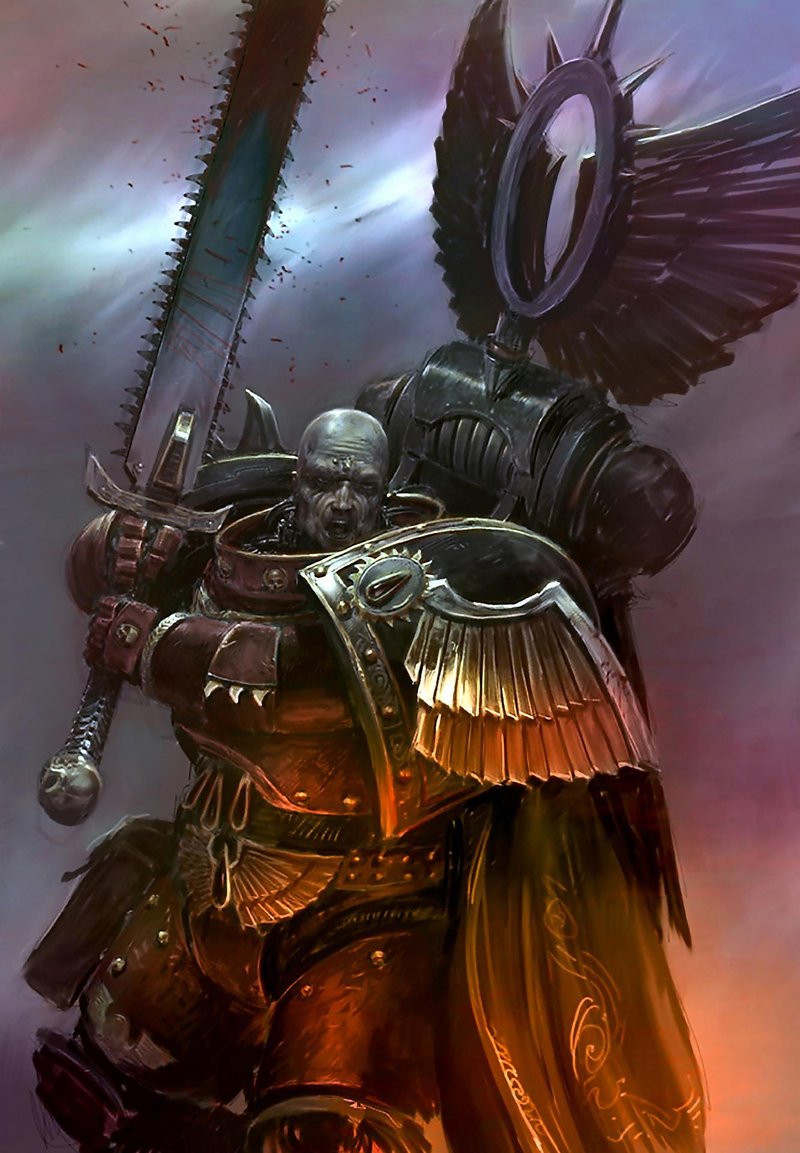 Gabriel Seth is an immense man, by a head taller than most Space Marines. In battle, Seth can always be found in the vanguard of his forces. He leads his Marines through incredible acts of savagery and bloodshed. Gabriel is stern and dour when the Flesh Tearers are not required on the battlefield. Seth is forever preoccupied with the doom that still hangs over his Chapter.

The Black Rage burns hotly in Seth as in any Flesh Tearer, but he has kept it under reign. His fury is a cold and precise one, rather than bright and impetuous. In the midst of the combat on Baal, Dante became exasperated that Seth always needed to provoke and test him.  Seth rejoined that it was the nature of the Flesh Tearers. To always seek out conflict. Never to be entirely at ease. To never allow oneself to become predictable. 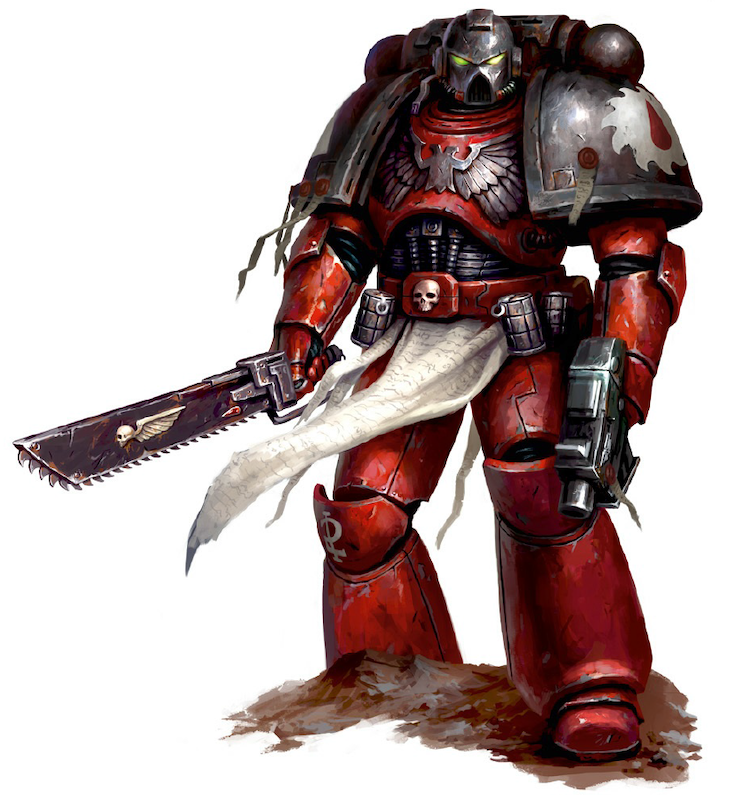 ~Let us pray for the restoration of Master Gabriel Seth, and reflect on his heavy burden of duty.