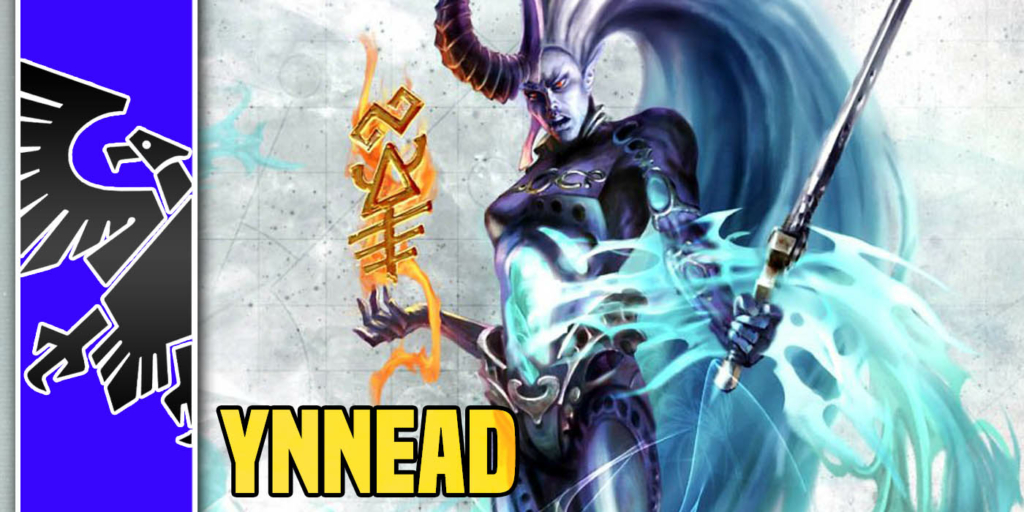 Come learn of the last great hope for the Eldar race – The god of death Ynnead and his terrible bargain.

Ynnead represents the last hope of the dwindling Eldar race. They believe that when the Infinity Circuits hold all the spirits of their race, all of the Craftworlds will unite into one Infinity Circuit, and the collective spirits of the Eldar will join to form a new Power in the Warp that will battle and subdue Slaanesh, so that Eldar spirits may once more be able to merge with it and form a single, balanced entity. By doing so, if such a thing is possible, they hope that this will allow the Eldar race to be reborn into a better form. Meanwhile, the Craftworlds and the spirit stones must be guarded from harm and continue to survive, so that all Eldar can see and form in their own minds a concept of the Eldar virtues that will enter along with their spirits into the Infinity Circuits. 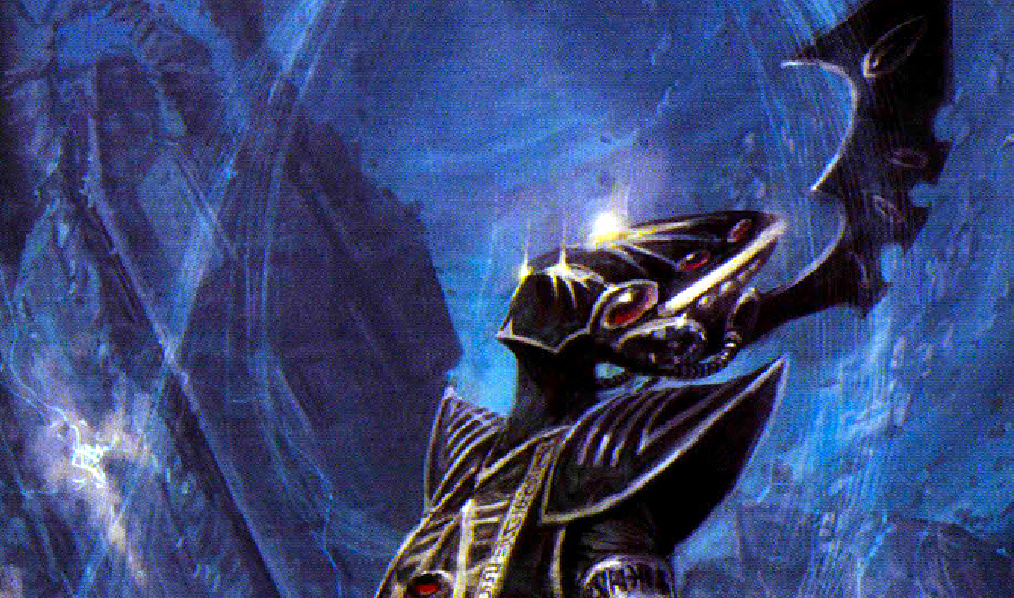 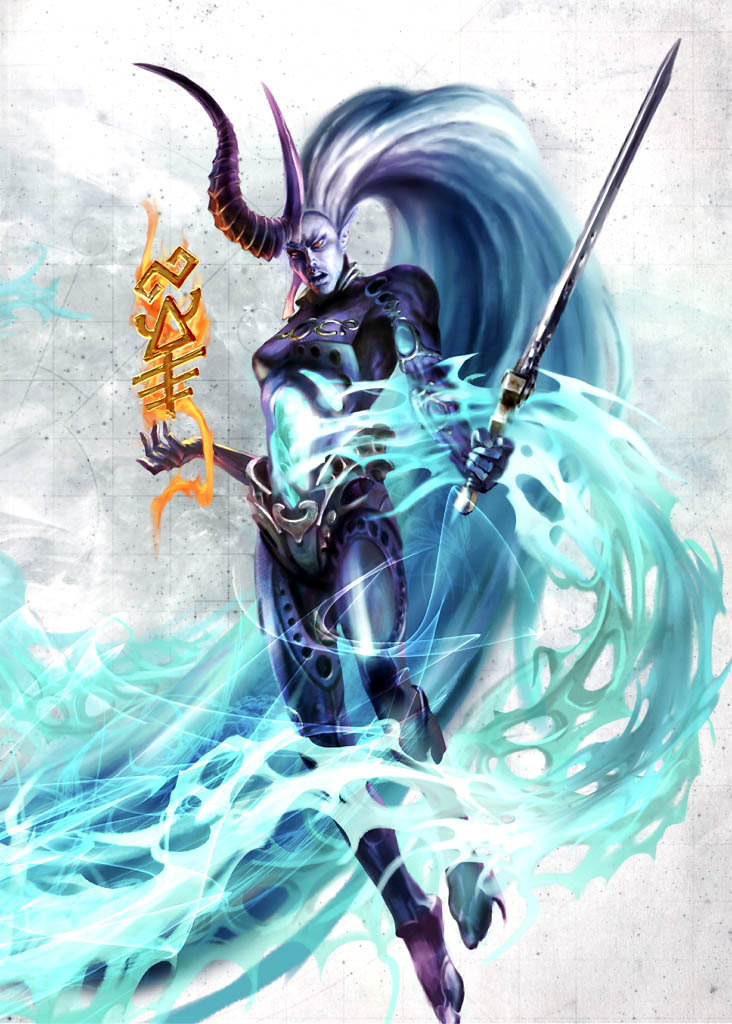 The Yncarne is the Avatar of the newly awakened Eldar God Ynnead.

Yncarne was the first step to the Seventh Path, a method of awakening Ynnead without sacrificing the entire Eldar race. However, his birth required the sacrifice of many souls within Biel-Tan‘s Infinity Circuit. Nonetheless, the leader of the Ynnari, Yvraine, successfully undertook the ritual and Yncarne was able to save Biel-tan’s remaining Infinity Circuit from The Masque. After its birth, Yncarne fought alongside the Ynnari on their quest for the Crone Swords.

However, while on the way to Kalisus, the Ynnari were assailed by the Thousand Sons of Ahriman. Though successful in fighting off the Chaos Space Marines, Yncarne went missing after the battle. He later reappeared defending Yvraine from Shalaxi Helbane during the Battle of Iathglas, summoned to the battlefield by the apparent death of The Visarch.

Yvraine was originally born on Craftworld Biel-Tan. She walked many paths, from that of dancer to Warlock to warrior. She eventually became a famed Corsair leader until a mutiny forced her to flee into the Webway.

Yvraine later became a gladiator in Commorragh, fighting many foes before falling to a Priestess of Morai-Heg. However, while between life and death she was resurrected by the awakening god Ynnead. Her birth caused a great Dysjunction in the Dark City, and together with the Visarch eluded capture by Asdrubael Vect. Yvraine and the Visarch traveled to Biel-Tan, where the duo gathered together some followers of Ynneah known as the Ynnari.

After saving Biel-Tan from a Daemonic invasion by sealing a Webway Portal on the Maiden World of Ursulia, Yvraine informed the Seers of Biel-Tan that Ynnead could be fully awakened without sacrificing the Eldar race, a process known as the Seventh Path. However, opening this path required an Avatar of Ynnead, and during the Battle of Biel-tan Yvraine performed a ritual on the Craftworld’s Infinity Circuit that gave birth to Yncarne at the cost of millions of deceased Eldar souls. However, the effort was necessary in order to purge The Masque from destroying the whole of Biel-tan’s Infinity Circuit. 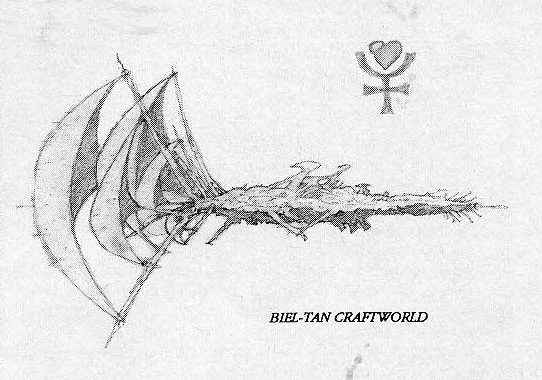 Quest for the Crone Swords

Gathering more followers, including elements from Ulthwé, Harlequins, and Altansar, Yvraine led an expedition to recover the Crone Swords, relics vital to the Seventh Path. After being offered the soul of Altansar Warlock Guentilian Onyxblade, Yvraine gained her Gyrinx as a companion. The adventure led the Ynnari to Belial IV and eventually Iyanden, where she led the successful effort to save the Craftworld from a Nurgle invasion. After gathering the Crone Swords the Ynnari next undertook an expedition into the Webway to the world of Kalisus in the Cadian System, battling Ahriman’s Thousand Sons along the way. During the battle, Yvraine demonstrated her ability to resurrect Rubric Marines. However she quickly killed the remaining Chaos Marines once Ahriman had agreed to spare her.

On Kalisus, Yvraine was part of the Eldar expedition that met the Imperial survivors of the Thirteenth Black Crusade. There they forged an alliance with Humanity, guiding them to Ultramar. On Macragge, Yvraine worked closely with Belisarius Cawl to resurrect Roboute Guilliman. After Guilliman is reborn, Yvraine and the Visarch bid their farewells to the Imperials. 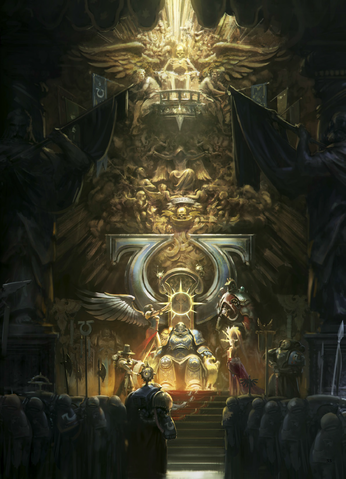 Yvraine (right) at the rebirth of Guilliman

Later, Eldrad Ulthran sent Yvraine to retrieve the Hand of Darkness from Mortarion’s Whispering Tower on the Plague Planet.Passing through trials of temptation by Slaanesh in the Black Library, Yvraine recovered a rose of Isha, said to grow only where the goddess walked, which allowed her to enter the Garden of Nurgle. Passing through the Garden, Yvraine was able to secretly enter the Whispering Tower and steal the Hand of Darkness. 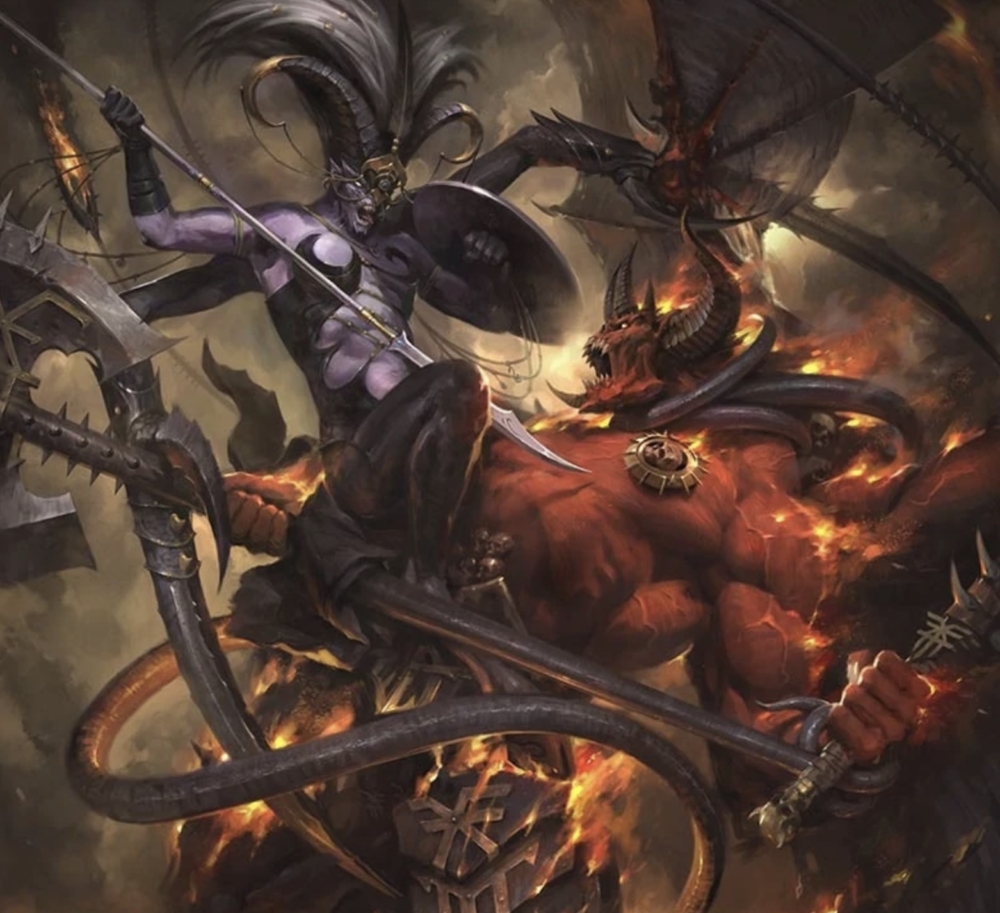 Yvraine has since been forced to avoid a wide array of assassination attempts. These include the hunts of Shalaxi Helbane and Drazhar, who has been employed secretly by Asdrubael Vect. Yvraine has repeatedly foreseen herself being slain by Helbane and having her soul consumed by Slaanesh. In her dreams she came to the conclusion that she could save herself and the Eldar race. She would need to gather an array of champions from across all the Eldar cultures. She recruited Jain Zar and Lelith Hesperax to be her protectors alongside The Visarch and Yncarne.

Her visions mandated that the last protector be one of the Harlequin Solitaires, a task that proved difficult. Following her visions, Yvraine journeyed to the relic world of Iachi and received two visitors. One was a handsome Eldar with two longblades upon his back. The other was a Human female in black Power Armour with white hair. The Eldar visitor was a Harlequin exile telling of a fresh cataclysm to come. The Human female spoke of a hidden foe that would turn stars and souls black. She agreed to help the Harlequin exile in exchange for him providing a Solitaire. On Iathglas, Yvraine was cornered by Shalaxi Helbane and would have been slain by the creature had it not been for the efforts of her protectors.

Learn More of the Eldar

~The Eldar race holds on by a thread. Only time will tell what Ynnead will bring for these dying people.

Warhammer 40K: Run An All Kroot Army With The New T'au Codex 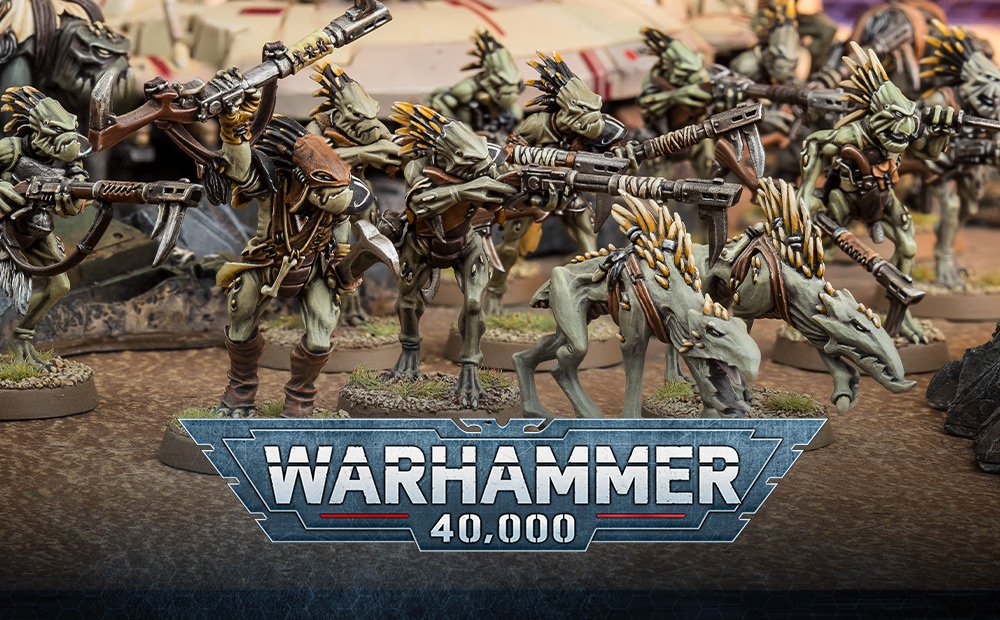