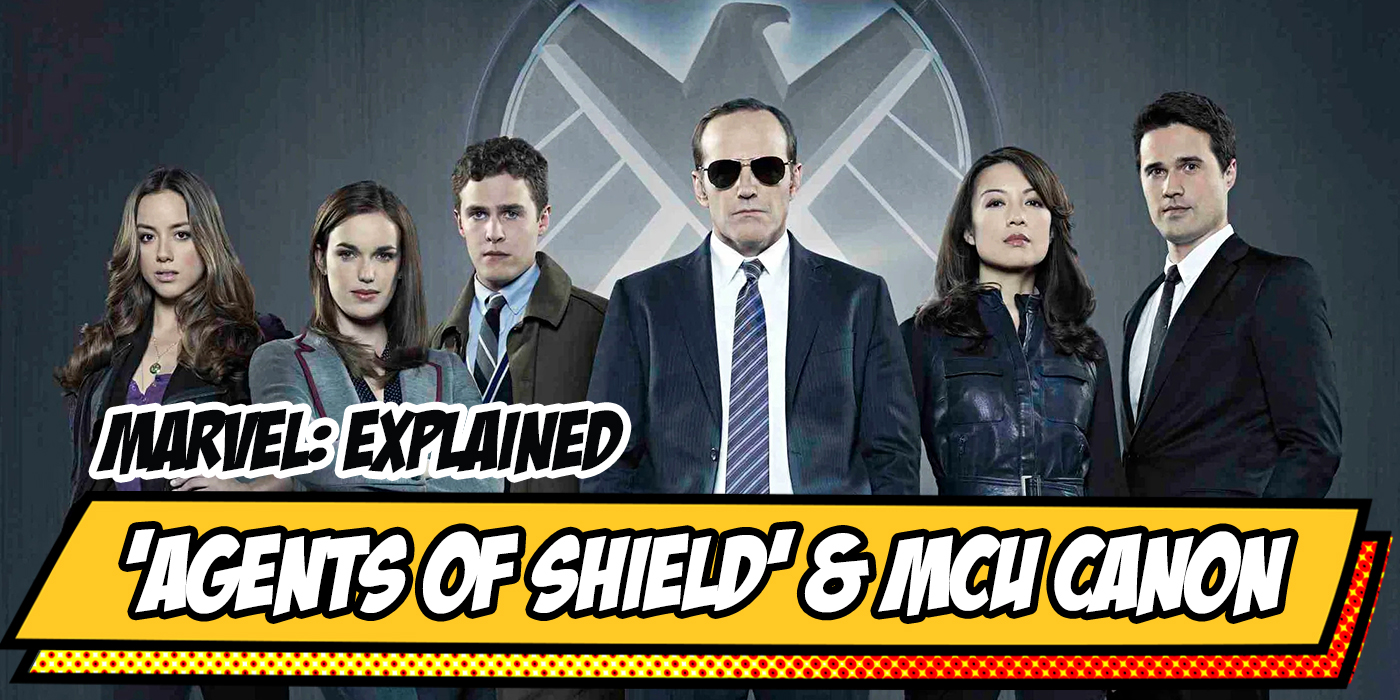 Now that the MCU is finally merging its movies and series, it’s hard to know where Marvel’s Agents of S.H.I.E.L.D. series fits into canon.

Marvel has always had an iffy relationship with Agents of S.H.I.E.L.D.‘s bold story choices. Both AoS and Agent Carter premiered in the early aughts of the MCU. But as the universe expands, fans are unsure which shows are still technically MCU canon.

This article contains spoilers for just about everything that’s ever happened in the MCU up till now. Recent show spoilers include ‘Hawkeye’, ‘No Way Home’, ‘Loki’, and more.

Until the Hawkeye season 1 finale, fans of the MCU’s first-generation show Agents of S.H.I.E.L.D. could keep hope (and Coulson) alive. But when the show revealed Laura Barton to be the infamous Agent 19, phase 4 effectively erased the 2013 show’s version of Agent Mockingbird.

Before that, the Loki series discusses Phil Coulson’s death as if it’s a done-deal, leaving fans to wonder about Marvel’s ABC show. So what gives? Do early Marvel TV shows Agents of S.H.I.E.L.D. and Agent Carter have a place in the MCU?

The Marvel Officals Weigh in on Agents of S.H.I.E.L.D. & MCU Canon

To answer that question, we look to the pages of The Story of Marvel Studios: The Making of the Marvel Cinematic Universe. The ultimate MCU tome has this to say about Hailey Atwell’s early S.H.I.E.L.D. stories:

Launched on January 6, the series debuted on the ABC midseason slate. Notably, ‘Agent Carter’ marked the first time an MCU-originated character would transition from the big screen to the small screen, with canon storytelling that would eventually dovetail back into future films.

Afterward, a series of tweets by authors Tara Bennett and Paul Terry revealed the status of both shows. In short, Agents of S.H.I.E.L.D. is not canon, but Agent Carter is.

Could Agent Carter be a Variant?

Some fans have read pretty deeply into Marvel’s phase 4 in an attempt to understand the fate of their favorite early shows. In the first episode of Loki, while the trickster attempts to negotiate with the T.V.A., a Peggy-Carter look-alike appears in the background.

She’s led into the T.V.A. as if she’s under arrest. And it might not be a stretch to assume Marvel laid this easter egg on purpose. The pencil-pushers at the T.V.A. confirm that the events of End Game were part of the Sacred Timeline, right? That includes Cap’s venture to the past to snag that dance with Peggy-of-the-past.

So does that mean that Agent Carter Peggy, who never reconnected with Steve, becomes a Variant?

There’s no confirmation from Marvel or Loki producers of Peggy’s bad-girl Variant status. And it may never be acknowledged. But this would be a tidy way for Marvel to explain away the show’s presence in future storylines while still maintaining that the show is canon.

Unless you live under a rock, you know by now that Matt Murdoch and Wilson Fisk have both joined the MCU. They’re each played by their respective Netflix actors, and are very likely to show up in future stories.
While fans wildly speculated about Daredevil’s appearance in Spider-Man: No Way Home, Charlie Cox  cautioned fans that his character’s reappearance on-screen could be slightly different than the Netflix character.
In the same week, Vincent D’Onofrio made his appearance in Hawkeye. The next week, as he went toe-to-toe with Kate Bishop, and displayed some extraordinary strength while doing so.
D’Onofrio confirmed to ScreenRant that his Kingpin was a lot stronger in Hawkeye, though he didn’t say how or why. The actor, who has previously exhibited a deep connection to the character, has his own theories. But we very well could find out in the upcoming Echo series.

‘I think he lost his power. I think that his empire fell because all this otherworldly stuff was going on’

As for the rest of the Netflix Defenders, we haven’t heard any casting news. If anything is happening, Marvel is being characteristically tight-lipped. But there are plenty of opportunities for Luke Cage or Jessica Jones to step into the MCU.

Do the Darkhold, Ghost Rider, & the Inhumans Get a Re-Do?

Like Laura Barton’s Mockingbird, there are a few original AoS ideas that the MCU has already reused or retconned. Back when a Marvel/Sony partnership seemed impossible, Phil Coulson and his team were hopping all over the multiverse.

In WandaVision, Wanda gets her hands on The Darkhold, a book made of Dark Matter that contains hella dark magic from the Hell dimension. This very evil spellbook will make another appearance in Doctor Strange & the Multiverse of Madness, but it’s breakout role was in Agents of S.H.I.E.L.D. Giving the book a re-do means that storytellers can use it to wreak all kinds of havok on the MCU’s 4th phase.

No more AoS on Earth-199999 also means that earth has an opening for a Ghost Rider. The big names at Marvel can still introduce Robbie Reyes into their world, although it would be nice to see a young-adult actor cast in the role. There have also been rumors of an MCU Johnny Blaze played by actors Norman Reedus or Keanu Reeves.

As for the Inhumans situation, well… Even the biggest AoS fans felt pretty meh about the introduction of the Inhumans. I think we can all agree that this loss is just good housekeeping. And it frees up the MCU to reintroduce them (or mutants) in the upcoming Ms. Marvel show.

Marvel’s Agents of S.H.I.E.L.D. Fans Can Still Hope, Though!

Look, whether AoS is canon or not, your love for the show and its characters aren’t going to be made more or less by Kevin Feige embracing the show. And in a fictional universe with infinite multiverses, whose to say Coulson’s crew aren’t all out there somewhere?
The loss of AoS‘s Mockingbird might sting a little for show fans. But I’ll bet there’s enough room for two Mockingbirds in your heart.
Fans of the show are still regularly using their voices to tweet appeals to Marvel Studios in favor of the show. But personally, I think those voices would be better served asking Marvel to establish an Earth-number for AoS.
And who knows? That bit of validation could be the first step toward a Coulson appearance in the upcoming season of What If…?  Or  maybe an MCU iteration of Daisy could show up as an agent of S.W.O.R.D.
After all, the MCU is just one Marvel universe– there are others! So who gets the keep whatever fandom they love no matter what?
As for needing more Phil Coulson in your life, who doesn’t? If you’re tired of rewatching AoS, or you dug the show’s premise but fell off the wagon, never fear. Have you met Principal Coulson?
Pop over to Earth 12041 in the Disney+ Ultimate Spider-Man cartoon. It’s fun, features a ton of great Marvel cameos, and it’s got Clark Gregg’s animated Phil Coulson, who goes undercover as the Principal of Midtown High.
Are you a fan of ‘Agents of S.H.I.E.L.D.’ or ‘Agent Carter’? What number should the Marvel team give the AoS universe? Start a conversation about it in the comments below.