Warhammer 40K: Baharroth, the Cry of the Wind 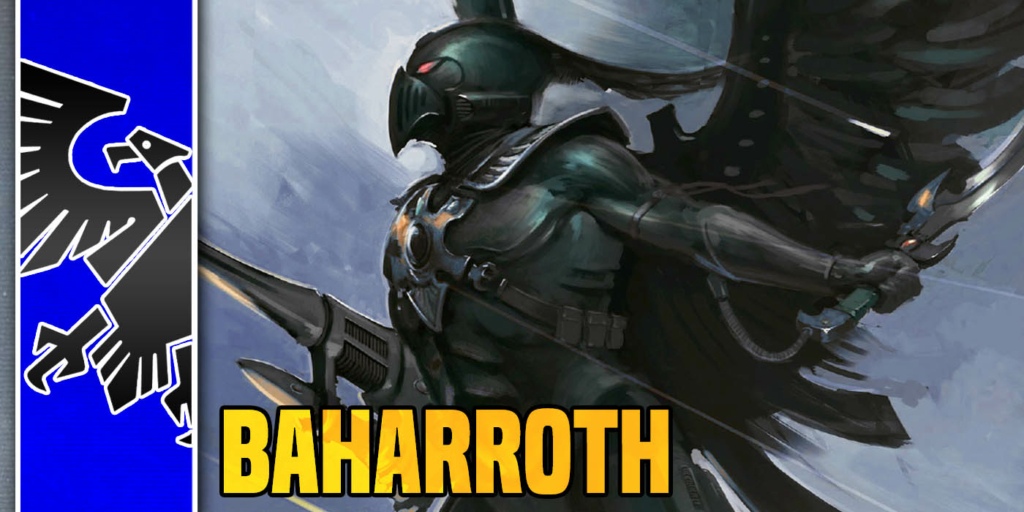 Today delve into the myths and legends of the Xenos Eldar to study  – Baharroth, Phoenix Lord of the Swooping Hawks.

Baharroth, the Cry of the Wind

Baharroth (translated as Cry of the Wind) is the Eldar Phoenix Lord said to have been the finest student of Asurmen. He is the “winged phoenix” and the father of the Swooping Hawk Aspect Shrine. He is also the brother of Maugan Ra, like the sun is to the moon.  Many of the Eldar’s foes have been killed on the edge of the brothers’ blades. 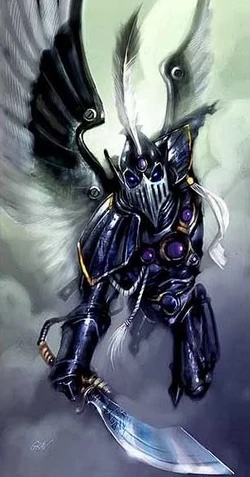 Baharroth is the creator of the Aspect Shrine of Swooping Hawks. He fought side by side with Maugan-Ra in their early days after the Fall under the tutelage of Asurmen. Known to move with both elegance and the force of a hurricane, Baharroth epitomizes the speed and grace of Kaela Mensha Khaine. He participated in many raids into Chaos strongholds as he is their eternal sworn enemy. Much of his family, and Craftworld, Anaen, were destroyed in a massive Chaos assault led by Trarkh (a known Khorne Berserker leader).

Baharroth, like all other Phoenix Lords, has died and been reincarnated several times. It is foretold he will meet his fate at the Rhana Dandra, the final battle against Chaos. He wields The Shining Blade, a weapon forged by the daughters of Vaul in the dying flames of a supernova.

Baharroth in the later 40th Millenium reappeared under the command of Jain Zar, now pledged to Ynnead. He took part in the battle to defend the Ynnari against the Thousand Sons and Tzeentch Daemons in the Webway, vanishing during the struggle. Baharroth’s current whereabouts are unknown. 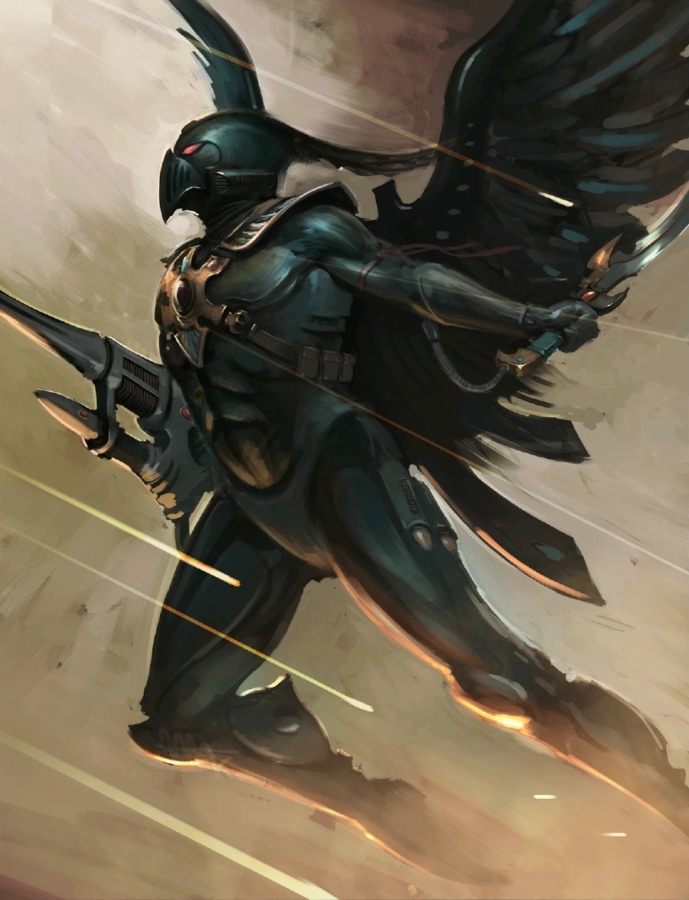 Swooping Hawk Wings are specialized Eldar jump packs used exclusively by the Swooping Hawk Aspect Warriors. Composed of vibrating feather plates, these wings combine an anti-gravity lifter with jet propulsion motors. These give the Swooping Hawks impressive flight speed and maneuverability. In addition, the large wings allow the user to glide for long distances. They provide added lift for an increased flight ceiling compared to the technology of cruder races.  The Hawk Wings’ vibrating feathers also emit a distinctive shrieking sound. Because they are often painted in vibrant shades, the wings create impressive multi-colored patterns while in flight.

The Shining Blade is a relic power sword that is Baharroth’s personal hand weapon. It is said to have been crafted for him in the dying fires of a supernova. In battle, it can only be wielded by the Phoenix Lord himself or a member of his Aspect Warriors.

The Hawk’s Talon is a more powerful version of the Lasblaster used by Baharroth and Swooping Hawk Exarchs. This rapid-firing weapon is similar in function to the clumsy Lasgun of the Imperium but is far more advanced, potent, and energy-efficient. 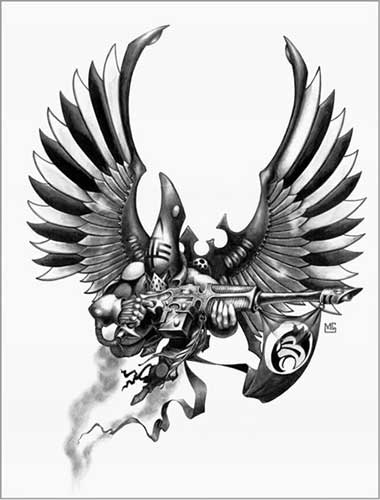 Swooping Hawk Grenade Pack is an Eldar grenade launcher used by Swooping Hawks Aspect Warriors. Each of these basic launchers is strapped to a warrior’s leg. They allow grenades to be released downwards as the warrior flies overhead. Additionally, single grenades can also be taken from the pack and thrown normally. Grenade packs can carry a variety of grenade types for attacking different targets. For anti-personnel work Frag Grenades and Plasma Grenades are both useful. Against heavily-armored targets, including heavy infantry, the Swooping Hawk can launch Krak Grenades. Also useful for attacking enemy vehicles are Haywire Grenades, which release a burst of electromagnetic energy to disrupt energy systems. 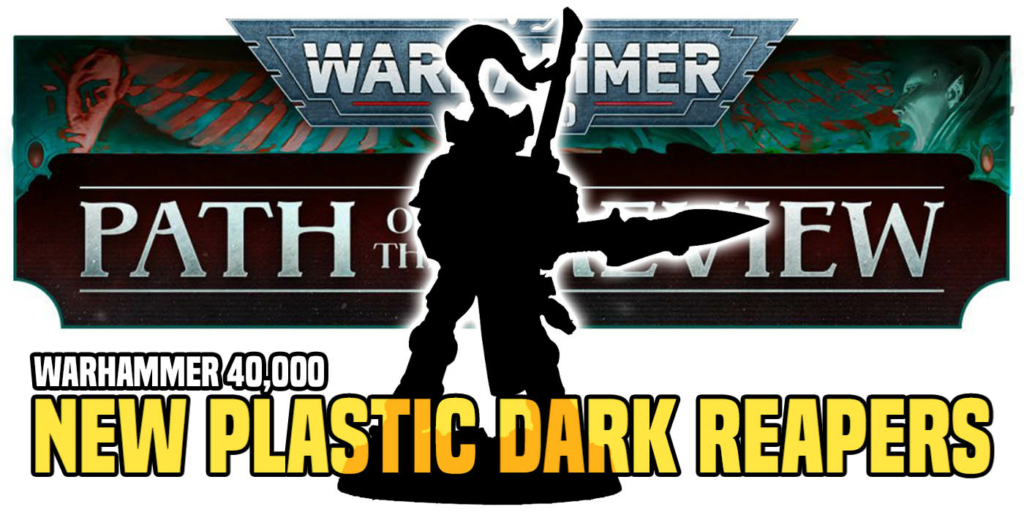