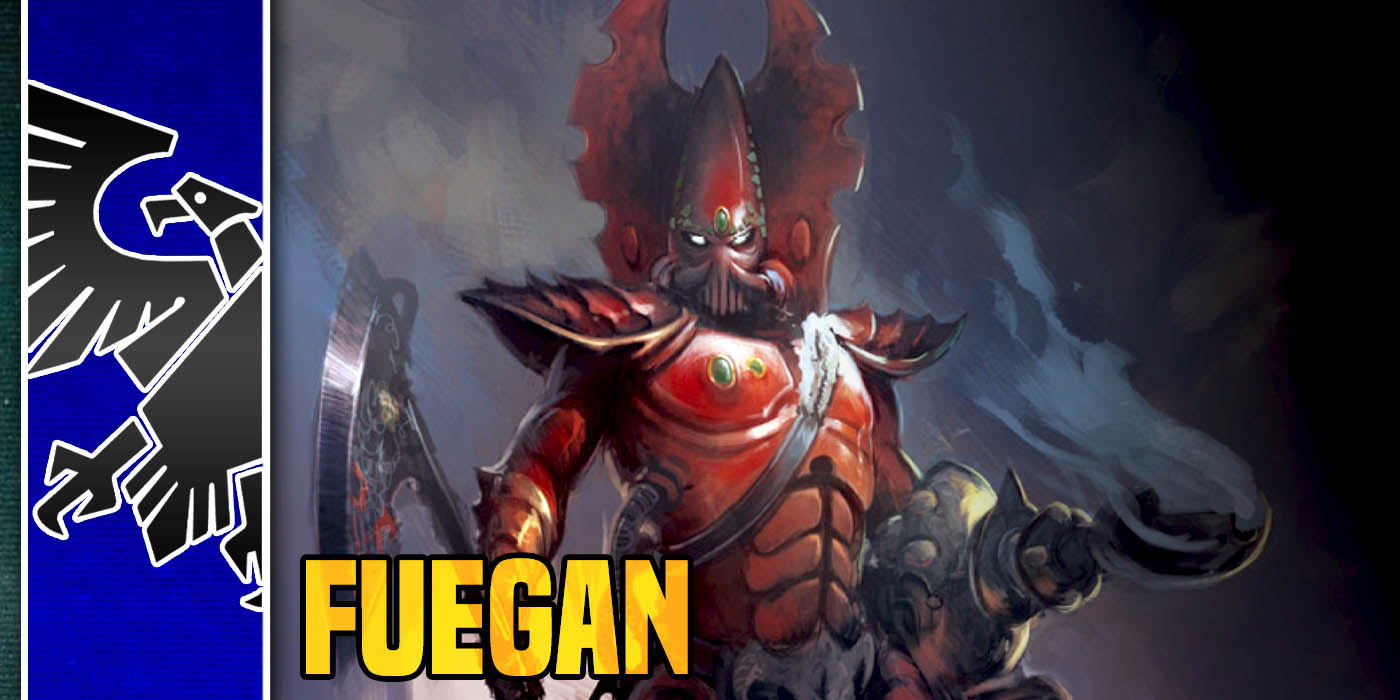 Today delve into the myths and legends of the Xenos Eldar to study  – Fuegan, Phoenix Lord of the Fire Dragons.

Fuegan established the shrine of the Fire Dragons when the Asurya spread across the galaxy to teach the Eldar the Path of the Warrior. It was his hope that the Eldar could bring harmony through selective destruction rather then oblivion as a force that could only bring discord. He is respected as a hero across many Craftworlds, often depicted holding the cosmic serpent of wisdom and entropy in his grasp.

In many ways Fuegan most embodies the Aspect Warriors obsession with their deadly craft, devoting himself completely to the systematic and total destruction of the Eldar’s enemies. Pitilessly destroying the enemies of the Eldar in an unbroken chain across the Galaxy, the Eldar believe that, with this chain, Fuegan intends to bind the Dragon at the end of days, mastering destruction itself. It is said that Fuegan will call together the Phoenix Lords for the Rhana Dandra, the final conflict, and that he will be the last to die. 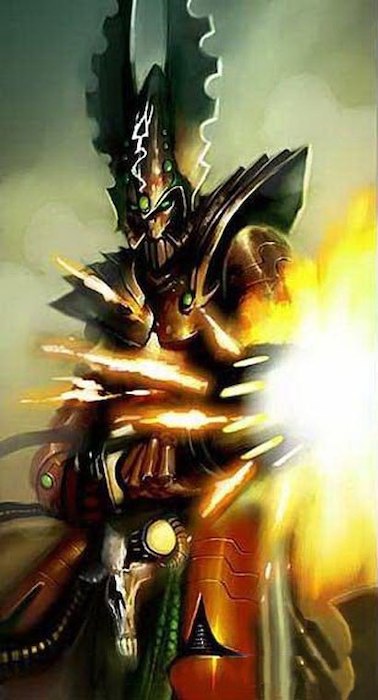 Fuegan refused to flee when the Shrine of Asur was destroyed by Arhra, the Fallen Phoenix. He was thought dead for centuries, but reappeared to fight alongside Eldrad Ulthran at the Haranshemash (“World of Blood and Tears”). There, he scoured a score of Daemon lords from the planet with the Fire Pike from which he later takes his name, and claimed a dozen more with his Fire Axe. Once the battle was done, Fuegan vanished into the Webway and has traveled its ancient tunnels ever since. He emerges only when it serves a noble cause.

Fuegan later appeared under the command of Jain Zar, now pledged to Ynnead. Fuegan took part in the battle to defend the Ynnari against the Thousand Sons and Tzeentch Daemons in the Webway, vanishing during the struggle. He has hunted the ancient tunnels of the Webway since, tracking down the enemies of the Eldar. 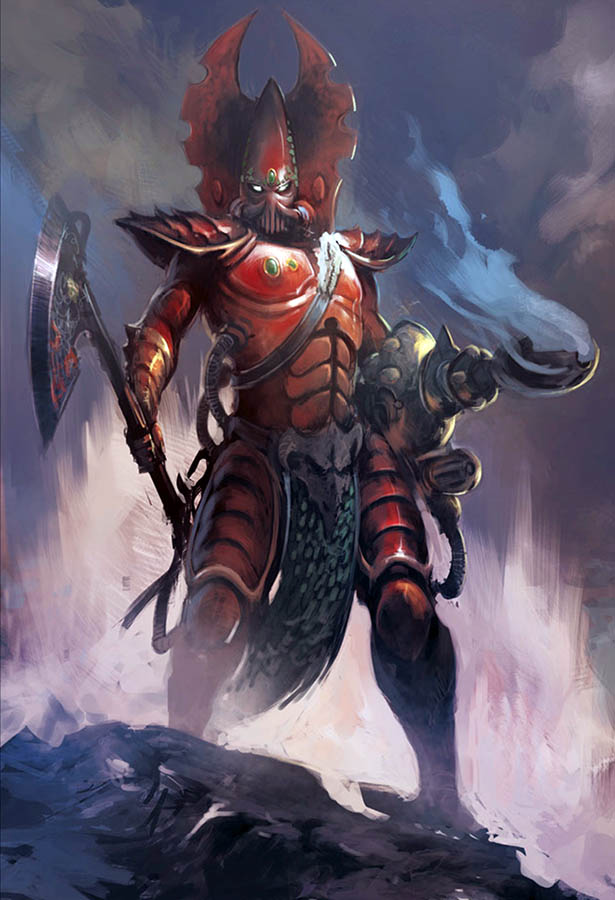 Fuegan is a mighty, and fearsome figure. It is said his gaze is flames, and smoke rises from the blistered skin of those who do not address him with respect. Those who raise his ire are reduced to ash, and entire worlds have been put to the torch in his wars of Aeldari survival.

The Fire Axe is an Eldar power weapon of ancient construction and incredible potency. It was forged in fire during the Fall of the Eldar and the heat of its creation has never left it. Entrapped runes writhe in the smoldering flames that dance on its surface.

The Fire Pike is a type of Fusion Weapon used by the Eldar. Fuegan wields a unique Fire Pike, more sophisticated than the Fusion weapons wielded by Fire Dragon Exarchs. Its longer barrel allows the weapon to project its melta beam at a considerable distance.