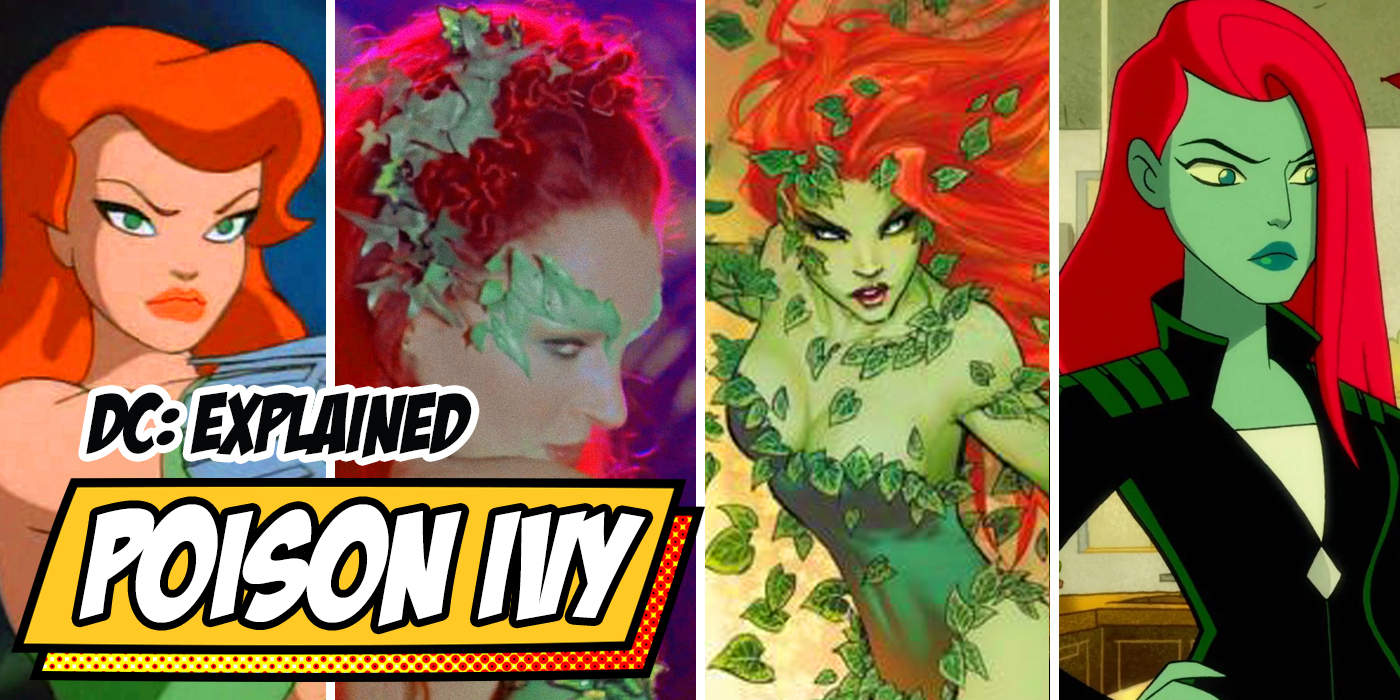 She’s beautiful and deadly, but is she actually a bad-guy? Like so many Batman villains, Poison Ivy has become her own household name.

Poison Ivy is one of Batman’s most unforgettable femme fatales. And that’s saying something! Starting out as a character with the ability to seduce and control, Pamela Isely’s pop-culture reputation has grown from a campy themed villain to a radical eco-activist and anti-hero. I mean honestly, preferring plants over corporations is relatable. Now that the character is set to star in the bombshell third season of the adult animated Harley Quinn series, let’s brush up on her origin story, shall we?

Who is Pamela Isely?

Poison Ivy as a character was inspired by a Gothic short story called “Rappaccini’s Daughter”. In the tale, a young girl grows up tending poisonous plants. Her exposure to the plants makes her immune to their poisons but it also makes her poisonous to others.

Pamela Isely’s powers allow her to communicate and command plants. She can also release pheromones that make victims more amenable to her will, and she’s resistant to poisons. Her lips contain a poison that makes her kiss deadly.

The Botany Career of Pamela Isely

Pamela Lillian Isely was a bright and gifted young botanist who was seduced by her professor in college. From there it’s your usual forbidden love story that ends with the guy slowly poisoning the girl with experimental toxins. Ahh, love! This process nearly kills her, but as her body adapts, she gains several plant-like powers.

She eventually moves to Gotham, where her first major caper is to release spores that suffocate people. She’s captured and locked away in Arkham Asylum, but she eventually escapes, as patients like to do from Arkham. 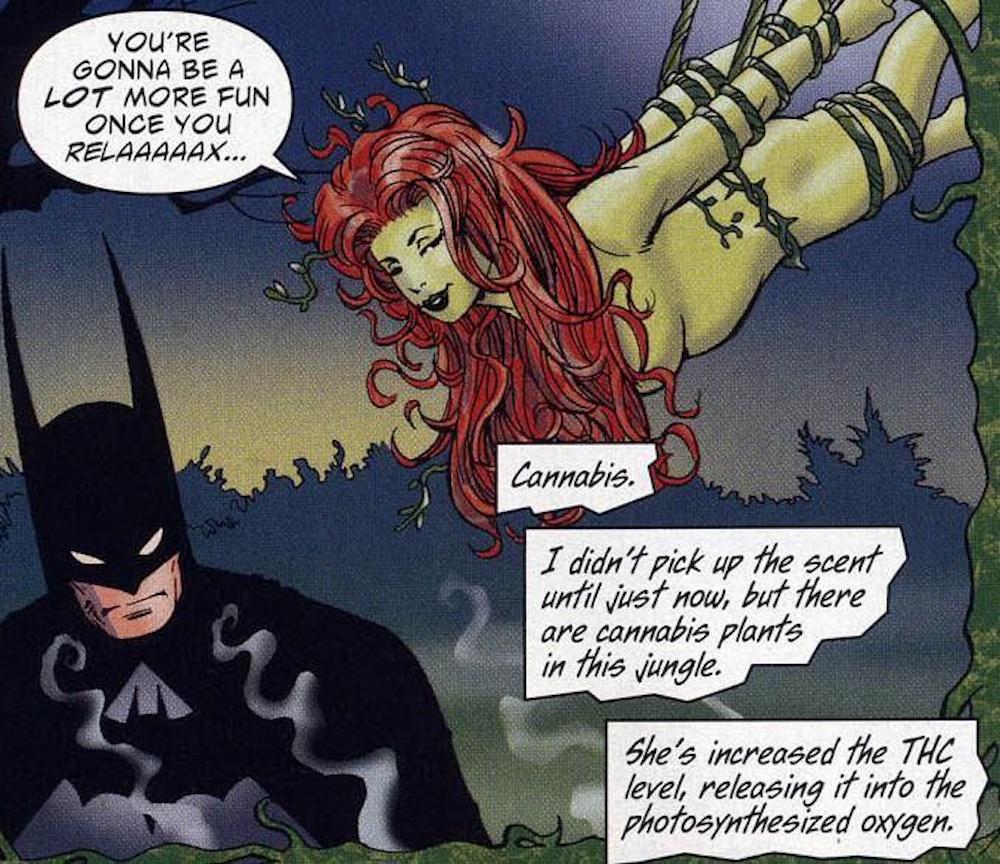 Team Up and Team Out

Poison Ivy’s intentions are always her own, but she’s teamed up with and fought against several of her fellow members of Batman’s rogues’ gallery. Her motivation is all about protecting the environment or at least finding a piece of abandoned land where she can commune with nature. But it’s important to note that a part of Ivy just wants to be left alone. During the “No Man’s Land” event when an earthquake turned Gotham into a villain free-for-all, Ivy just wanted to take care of orphans and grow green things in the city’s park. Most other villains were staking out territory.

Ivy’s also teamed up with fellow bad girls Catwoman and Harley Quinn to form the Gotham City Sirens. Though her relationship with Catwoman is tetchy, her friendship with Harley Quinn has evolved from BFF to OTP over the course of the years, and she’s also fought alongside Batgirl, Black Canary, and the Birds of Prey. Her team-ups with straight hero-types don’t usually last long, though, since Ivy has a tendency to take advantage of her pheromones-control-you powers. 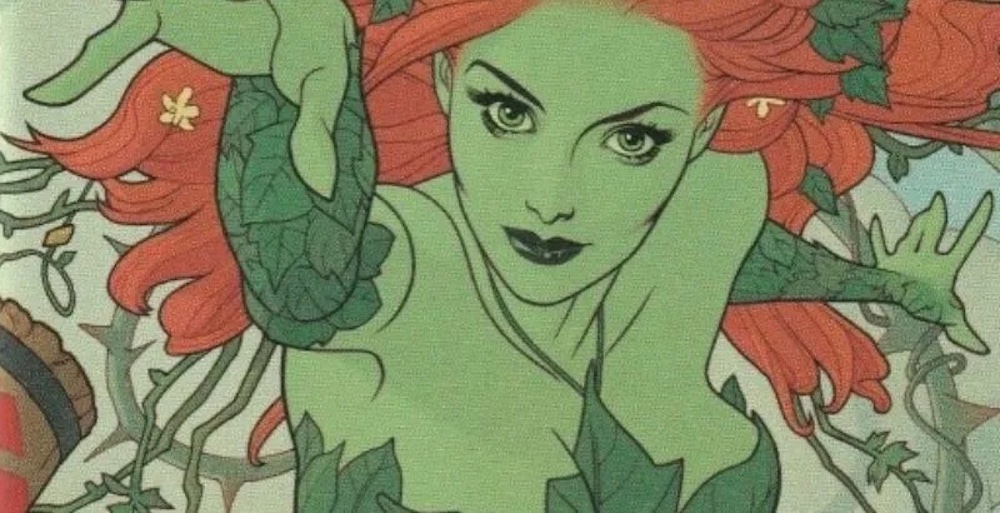 Pamela Isely has seen more than her fair share of screen time. Like most Batman villains, she has several different animated versions of herself. She’s even made it to video games and live-action forms! Who can forget the campy, completely over-the-top Uma Thurman version of the character? The character herself is instantly recognizable between her bright-red hair and green body suit complete with vegetation.

Showtime's 'Let The Right One In' Reimagines the Classic Vampire Novel 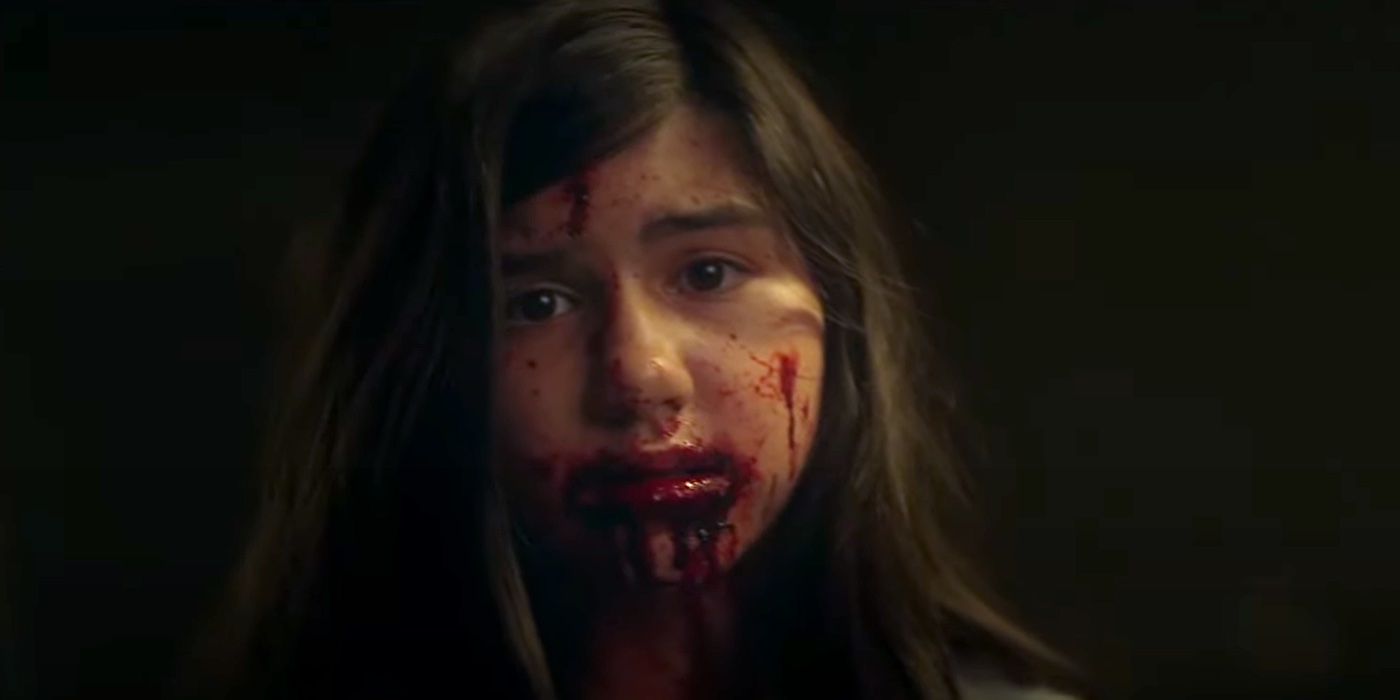