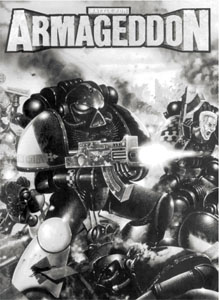 Hi all A quick one here. GW through Specialist Games every now and then hands out one of their ancient boardgames absolutely free via Adobe Acrobat for all of us slavish fans. Recently they just released two really good games. I’m talking about Battle for Armageddon and its advanced rules supplement Chaos Attack. For those […]

GW Online Store: Deathwing (all of it)!

Trying to find that perfect holiday gift for the Dark Angel fan who has (almost) everything? Well look no further, because for a mere $1100 (usd) you too can get the Entire Deathwing! You get: Terminator Command Squad 100 Terminators 3 Land Raiders 2 Land Raider Crusaders What’s not to love?

Its been a long road of about 3 years now, but I’m approaching the end. I’ve had a few requests for a “family photo” of my entire Death Guard collection, both Loyalist and Traitor, so here they are. Enjoy them in all their dirty-decayed glory. -I’ve got about a dozen more infantry to add to […] 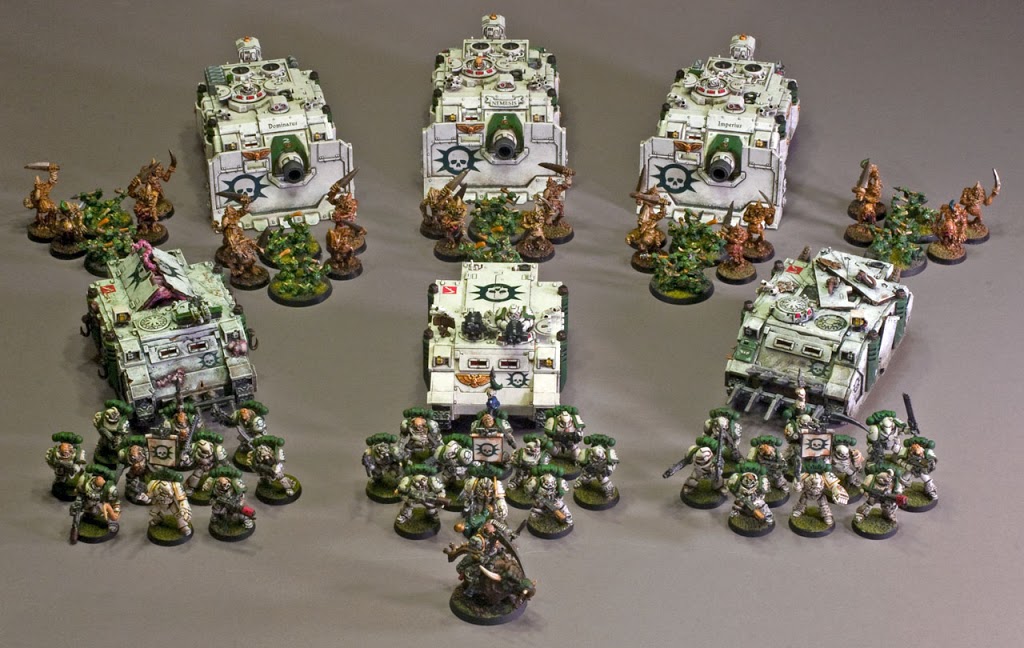 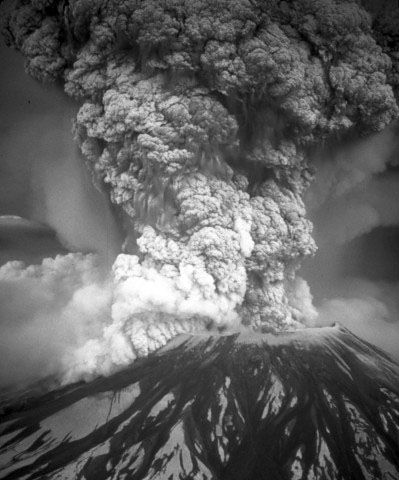 We have 2 minor tidbits for you today. 1) There is further scuttlebutt on various forums that 40k 5th Edition is confirmed for Q3 (Aug-Oct) 2008. GW likes to release something “big” right around Gamesday UK, so it seems possible. I believe that would put 4th’s lifespan at right at 4 years, so not to […] 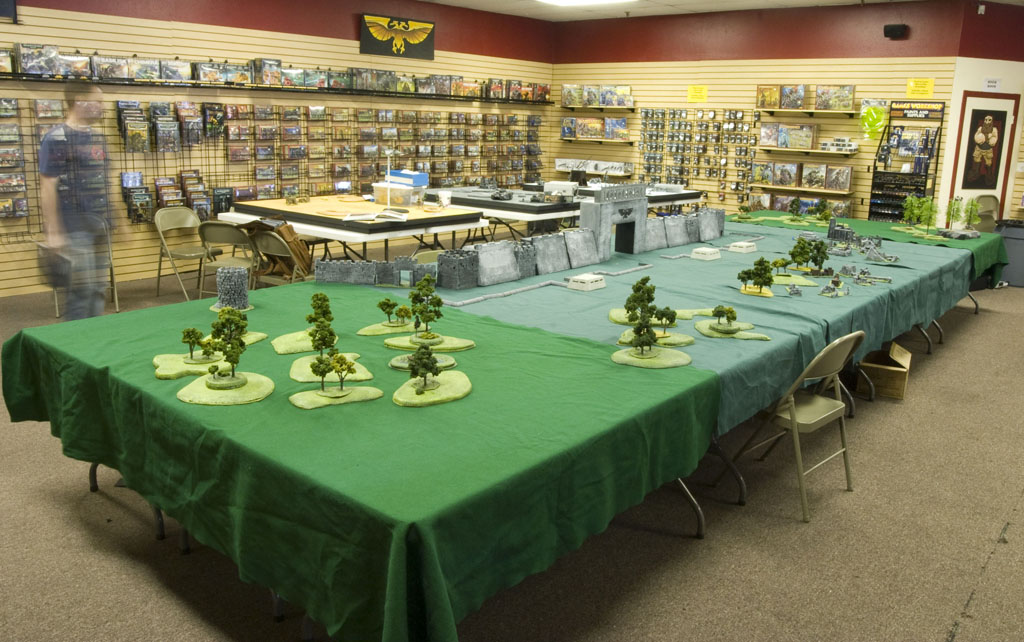 The Heresy League is almost finished, and the Imperial Palace is under siege! We had a little over a dozen folks show up at Battleforge Games, and the Warhammer 30,000 League has only 1 week to go. This 8th week featured the Siege of the Imperial Palace. It was an Apocalypse game where 25,000 pts […]

My Vindicators are finished and ready for action! These guys came together at pretty much the final hour, and I think the decals are what pushed them over the edge into a cohesive looking squadron. In any case, this trio will soon begin terrorizing the Austin metro area as part of my forthcoming Codex:CSM 2000pt […] 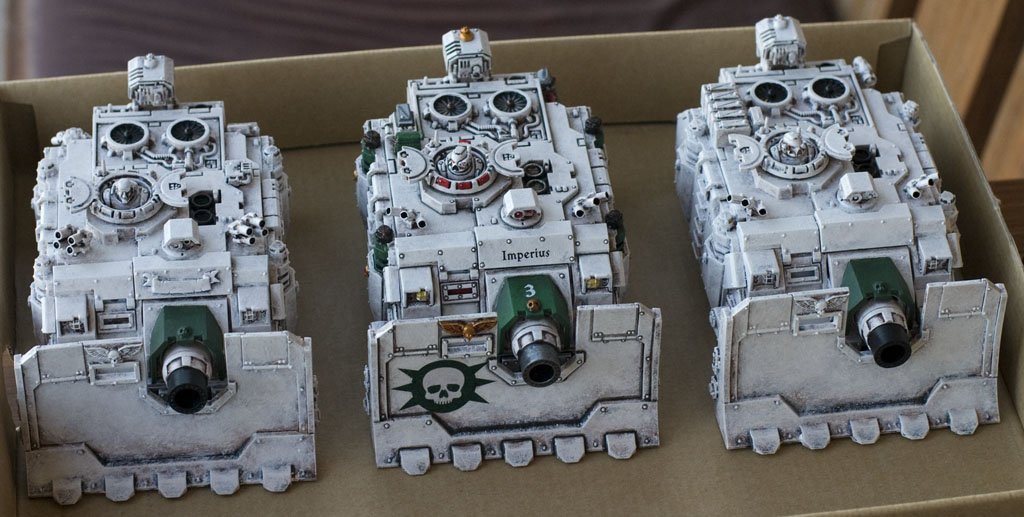 One down, two to go… I’m painting as fast as I can, and I’m hoping to get these other 2 Vindicators finished up in the next 2 days. The Death Guard have to have a nice presentable Line-breaker Squadron ready to go for the Siege of Terra after all! 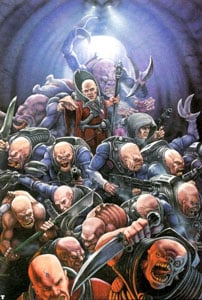 Hi everyone, I wanted to let you all know what the Fly Lords are busy cooking up in our labs. The Age of Heresy campaign book, was a great experience and a labor of love for all of us here. we will probably be kicking out a giant full sized (80-90 page) book like it […] 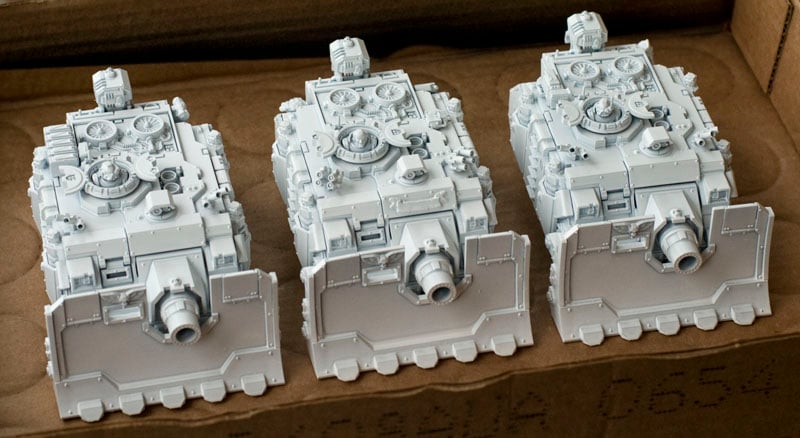 “Somebody call for some backup?” I’ve been posting a little lightly during the turkey day holidays because1) GW news is pretty dead right now2) Ive been building and spraypainting these pretties: Its the start of my Death Guard Linebreaker Squadron. We are approaching the end of our Horus Heresy campaign, and those Palace Walls aren’t […] 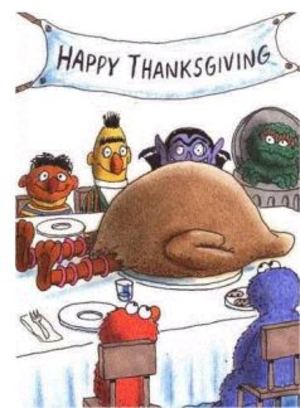 -From all the Fly Lords, Happy Turkey Day!!! Have at it guys! 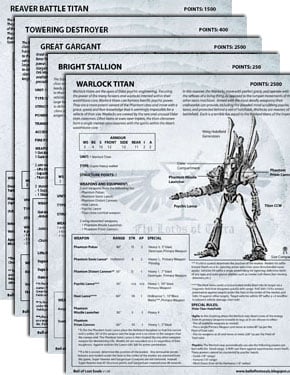 Hi all, Our initial set of Apocalypse datasheets for some of the larger toys like knights and titans have been well recieved. So well in fact, that hot on the heels of our Age of Heresy campaign book, we present you with: Lords of Battle: Epic War-machines and Monstrosities of the 40th Millennia. Here is […]