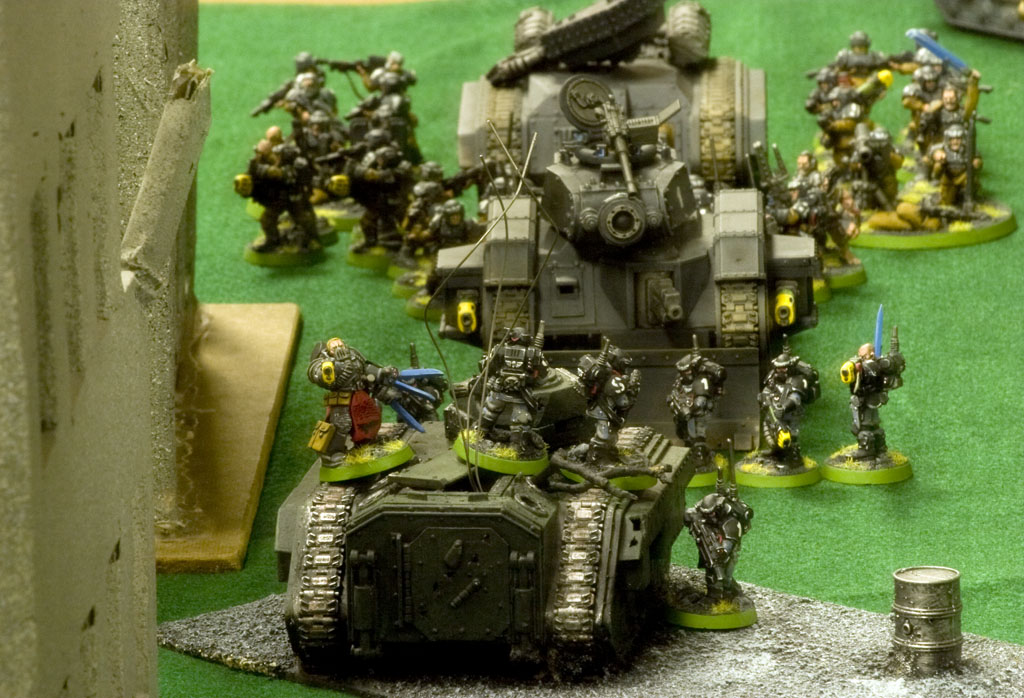 The League continues, and the embers of the Heresy have begun to smolder. We had over 20 folks show up at Battleforge Games, and the Warhammer 30,000 League is off and running. This 2nd week featured larger 2000pt Legion forces against a variety of alien threats, and several hallmark games: Space Wolves began their assault […] 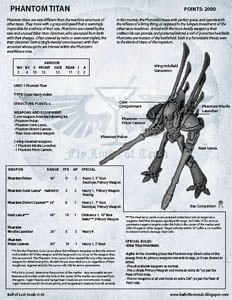 Hi guys, As you all know, we are absolute titan fanatics here at the Bell. We have rules for the Eldar Revenant in Apocalypse, but nothing for its larger brother, the mighty Phantom. Well, as there is actually a model available for it compared to the non-existant Warlord, we had to do something. So here […] 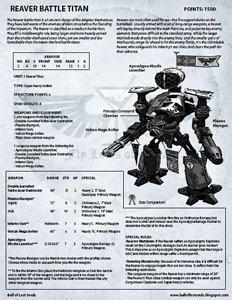 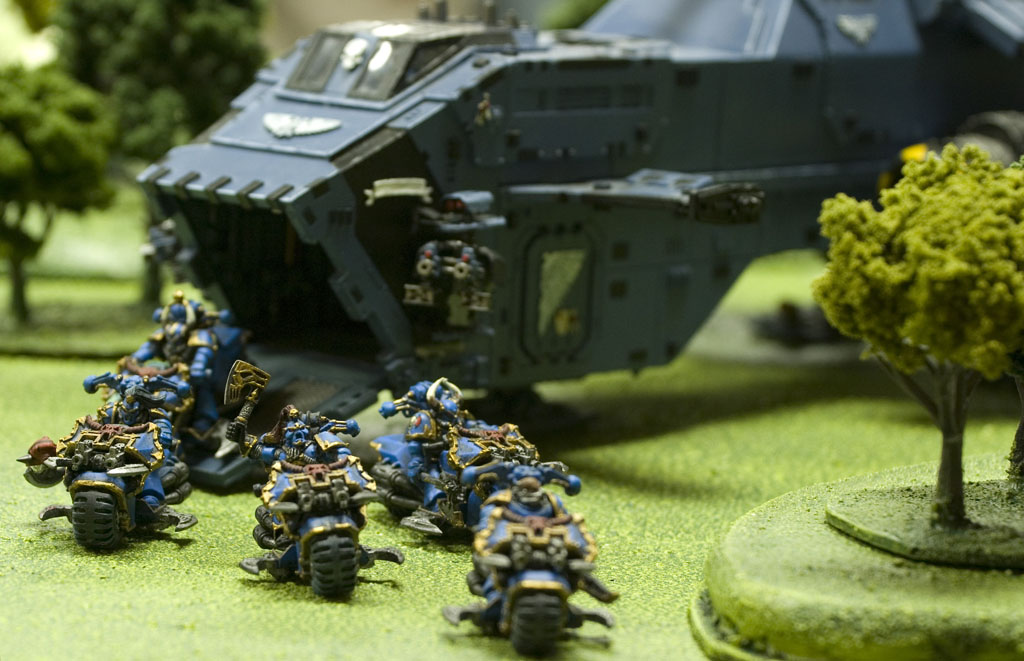 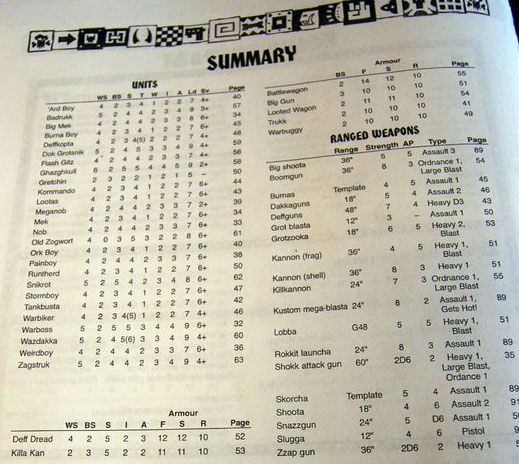 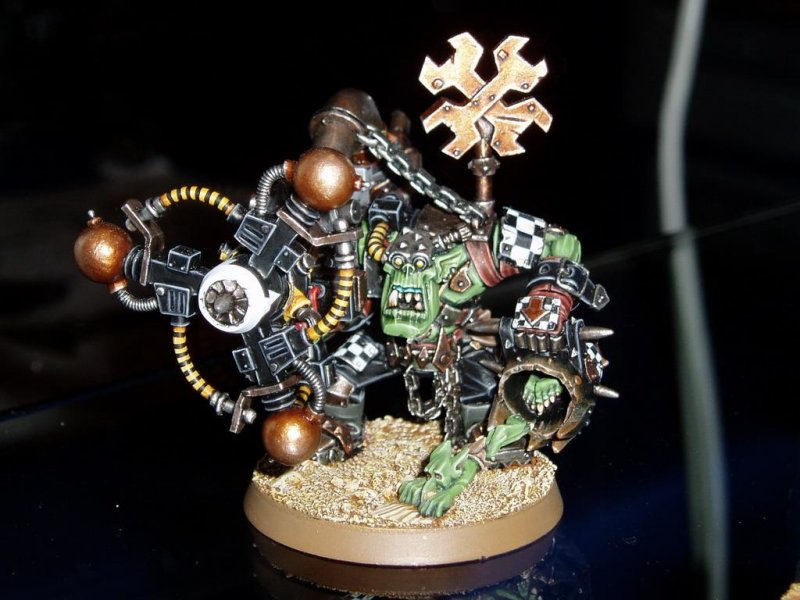 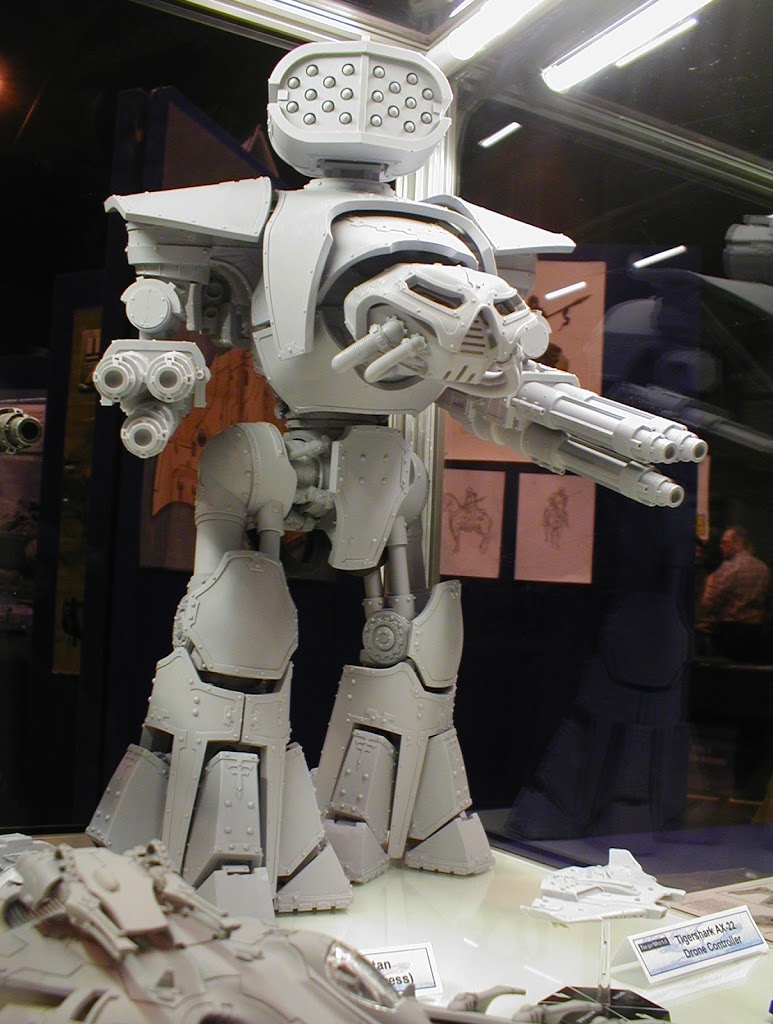