It was a busy weekend folks. We have full coverage of Age of Sigmar’s Beasts of Chaos, Monsterpocalypse minis, the missing Imperial Knight arrives, rumors of Kill Team’s future, and Shadespire’s successor. 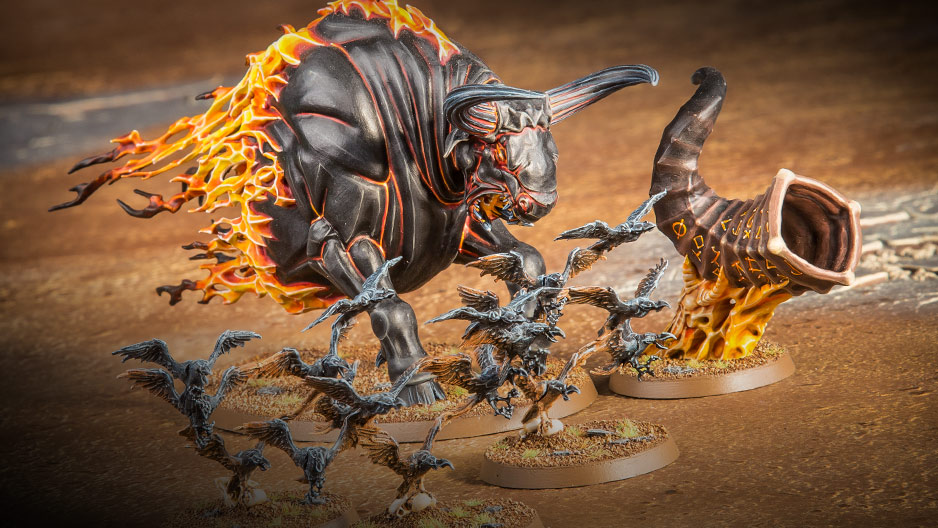 The Chainbreaker has broken free of whatever was causing the delay – the Character Knight is FINALLY out in force this weekend. Check out what else is coming for Pre-Order this week from Games Workshop.

Age Of Sigmar: Endless Spells Of The Beasts Of Chaos

The Beasts of Chaos Battletome will be up for Pre-Order tomorrow–so here’s one last look before we dive in to the weekend release. Take a look at the magic and might of the Beasts of Chaos.

Games Workshop has released a rules dump for the new Beast of Chaos Battletome. Apparently you CAN teach an old Beastman new tricks!

AoS: The Beast of Chaos – Abilities Of The Herd

Games Workshop has unloaded a massive amount of info to digest about the upcoming Beast of Chaos Battletome. Let’s get in there and see if we can chew through it all!

Also Coming Next Week From GW – Beasts Of Chaos

Tromping in from the wastes and wilderlands, an old threat re-emerges to once again bring Chaos to every corner of the world. Marauding beastmen have always been a part of the Realms–now they storm the spotlight together.

They’re big, they’re mad, they like to charge groups of things for fun…

The Beastmen are joining Total War: WARHAMMER as a playable race & they are bringing some BIG friends…