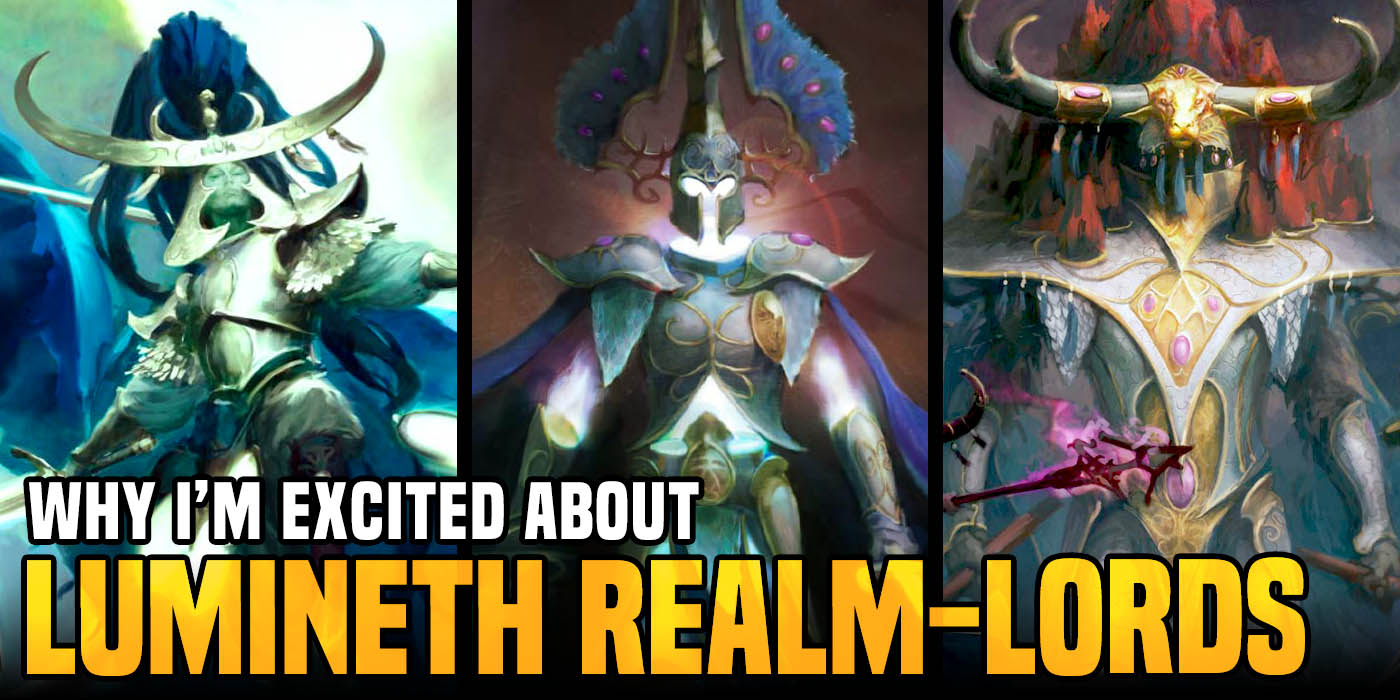 The Lumineth Realmlords are full of awesome new models, but these three take the magical light-infused, glowing cake.

Age of Sigmar: 5 Heroes I Miss (Aelf Edition) from the Old World 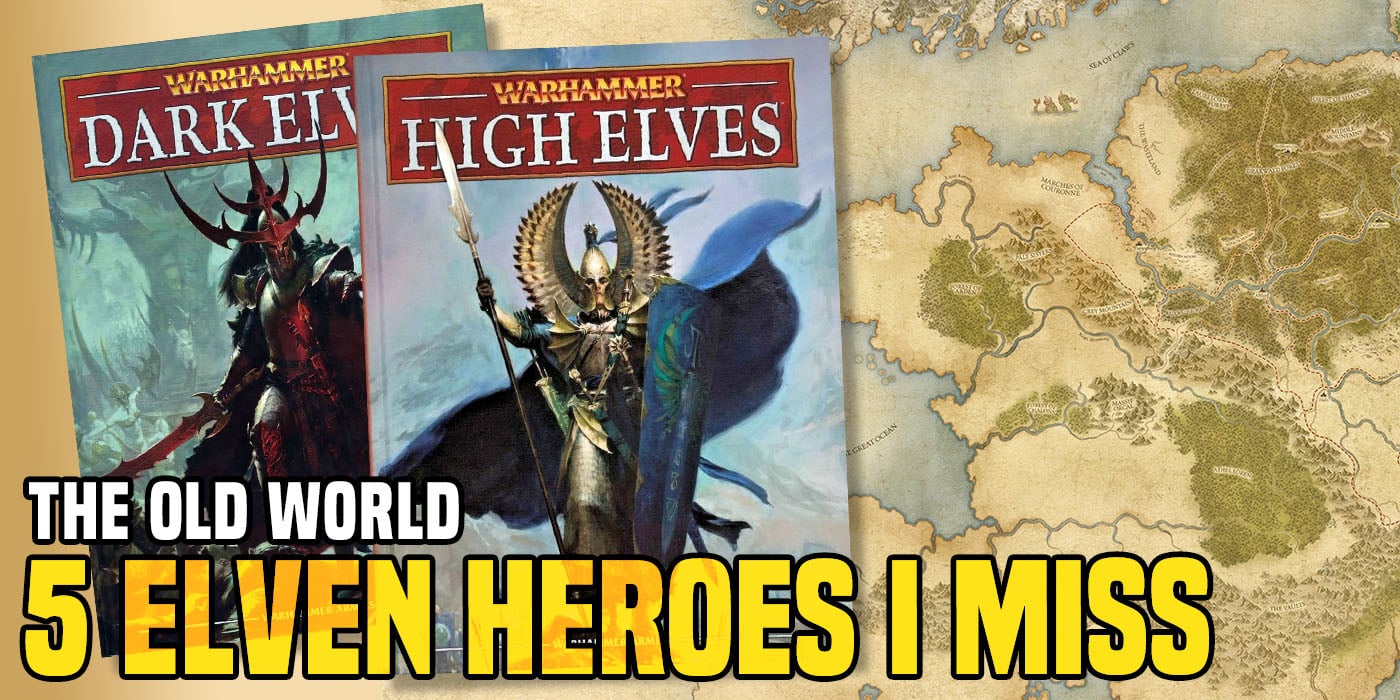 Here’s 5 Aelf Heroes I miss from the Old World.  I hope one day they will find their way into the Mortal Realms.

HOBBY: The Bigboss’ Week of Blogging #178 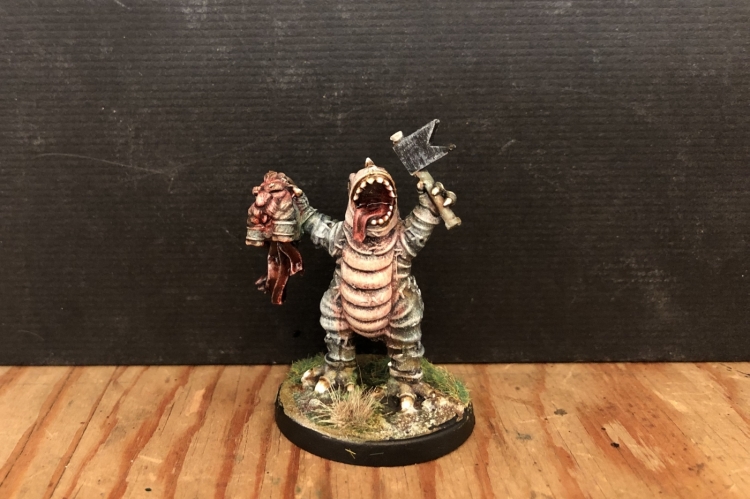 Seriously sidetracked this week as I ended up painting a Dark Alliance team from Greebo for a friend! 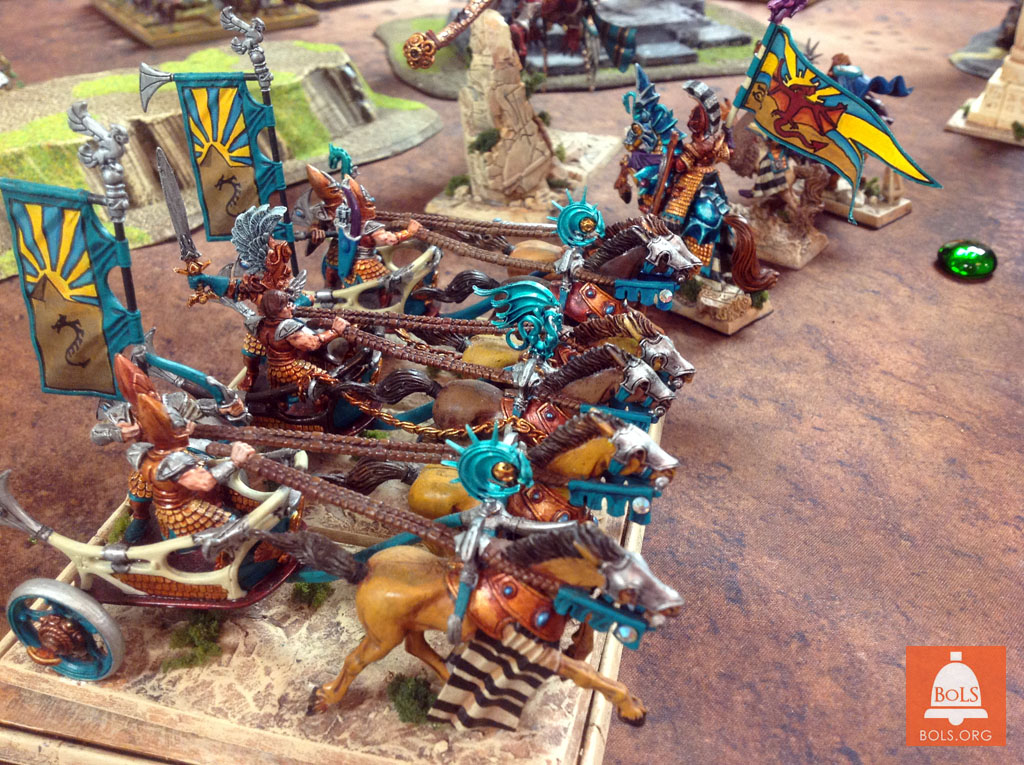 Why is the general riding that direction? 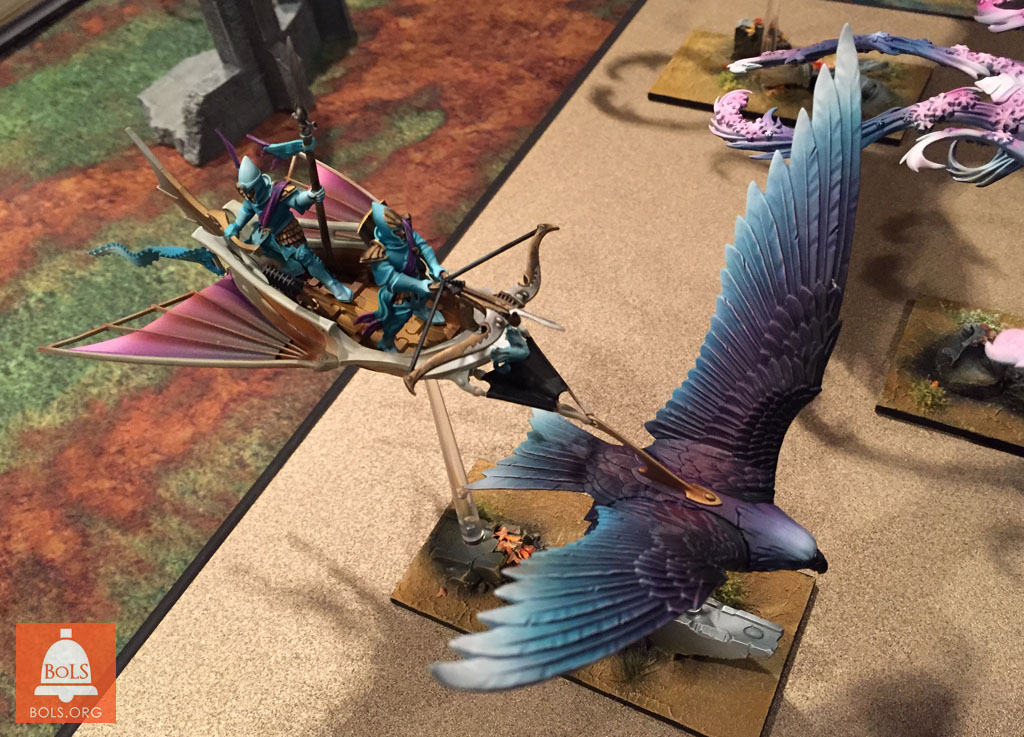 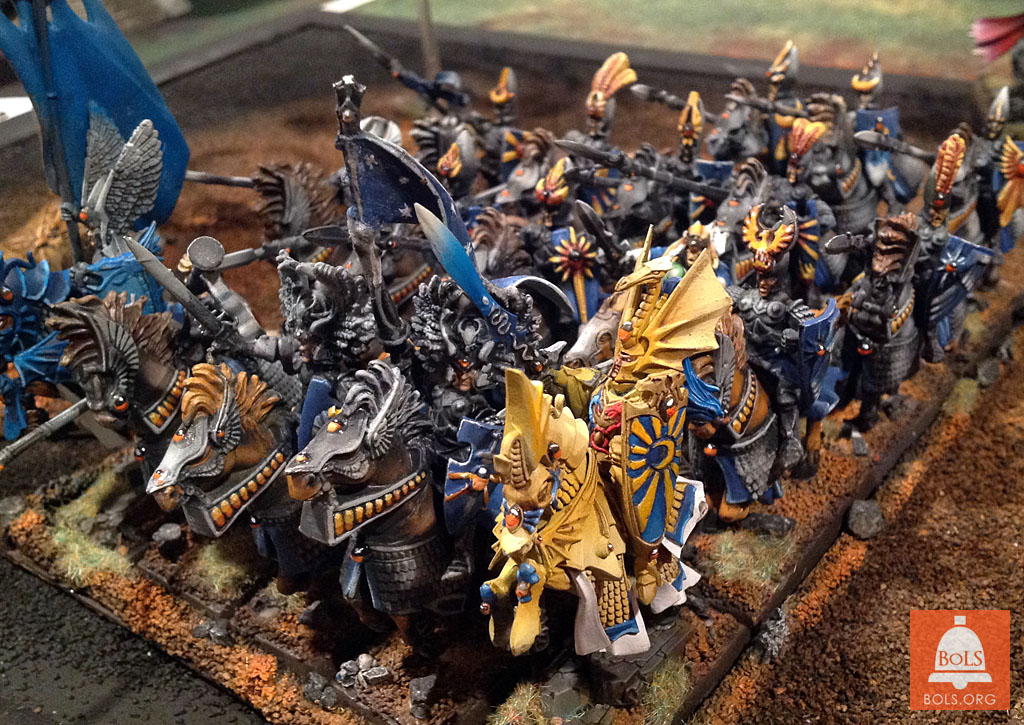 High Elves – It’s all about the hats. 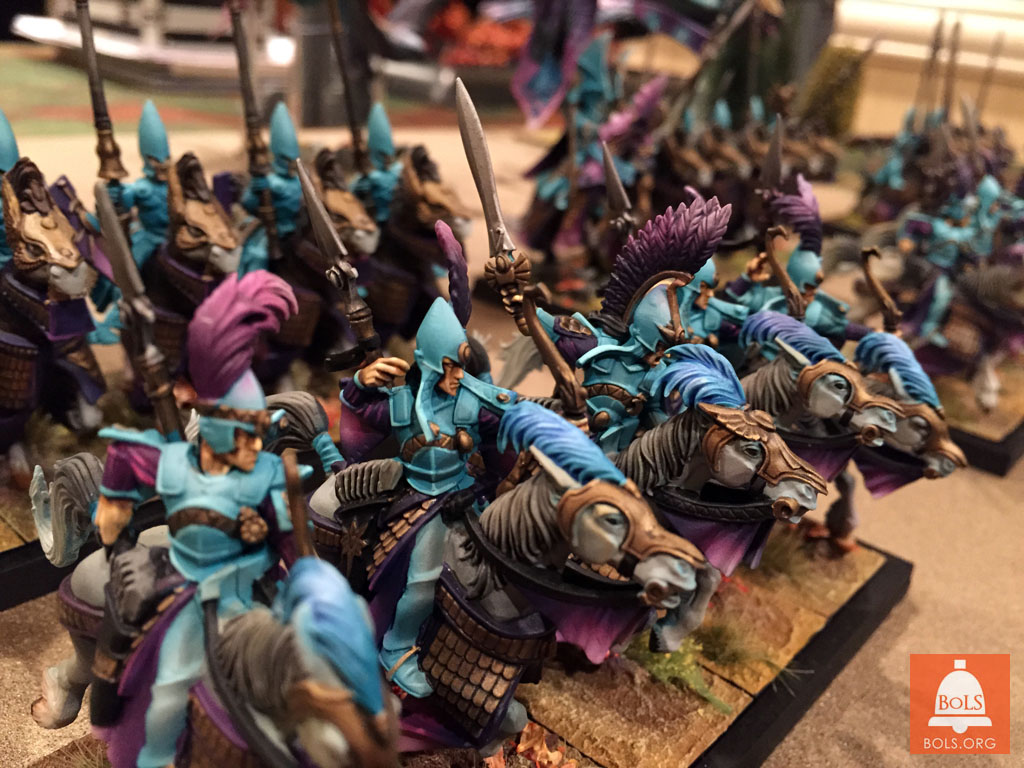 “got sucked into the chaos portal…”

It’s been a long time coming, but the forces of Light put forward their final Champions – and a long lost love returns… 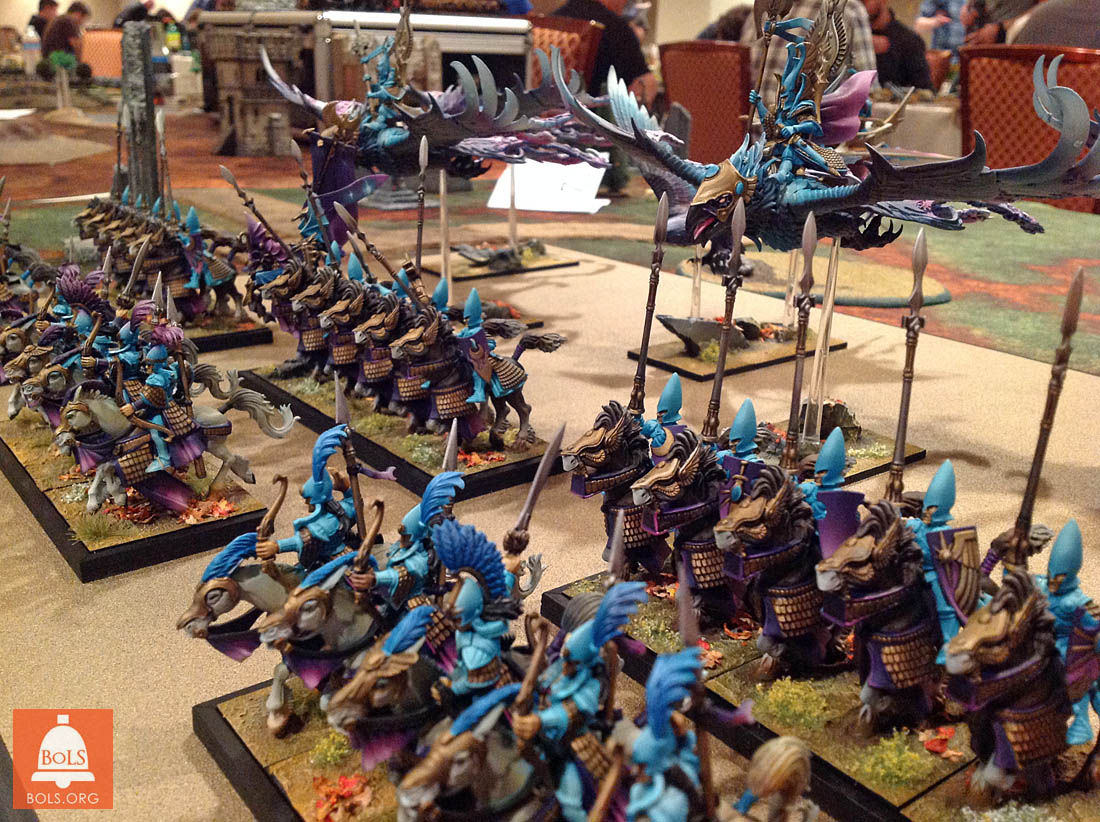 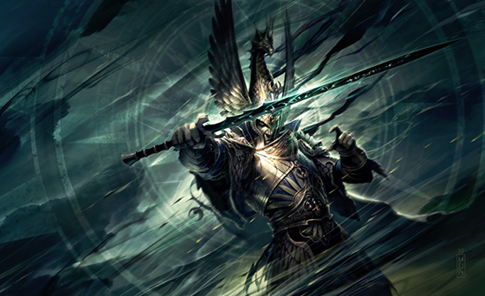 Among the ancient heroes of Ulthuan, none weave a more tragic tale around themselves than Tyrion. But how does he perform on the tabletop. Since birth the twin brother of Teclis has borne the curse of Aenarion as keenly as his physically maligned sibling, manifesting instead as rage and psychotic outbursts. His lineage marked him […]

The End Times: Khaine came out last week to add yet another phenomenal chapter to the End Times story. The Rhana Dandra has come, and the Elven nations will never be the same again. Like all of the End Times books so far, the presentation on this one is top notch. The cover is clean […]

With each new End Times book comes a new swathe of destruction cut across the Fantasy world. Famous and well known characters bite the dust and entire lands crumble into history and Khaine was no exception. I think this would go without saying, but SPOILERS below! SPOILERS!!! Seriously… Naggaroth The home of the Dark Elves comes under […]