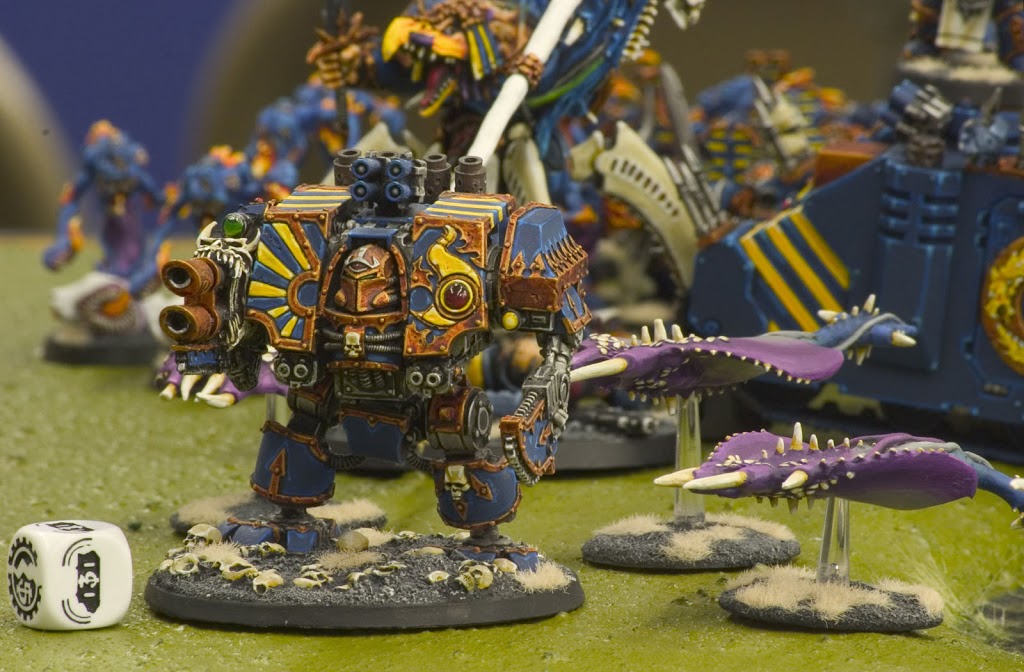 Well, I’m all petered out after the excitement of last week. Adepticon has come and gone (and I will be posting more details of our team tournament performance), and I’m back safe and sound in Austin.

This week has seen me mainly tidying things up, and pulling up my old list of odds and ends that I meant to finish up, but pushed off till after Adepticon.

Right now I’ve got the following chores to do:

Which do you think I should work on first? I can’t really decide.

Finally, I recently got a nice Canon SLR digital camera (a used 10D for you shutterbugs out there), and am building up my collection of lenses. I grabbed my tripod and went down to a local Austin 40k tournament and took a lot of shots of the best armies I saw on the tabletop (mkerr won that particular tourney). Here is my best shot of the day, a glorious Thousand Sons army rampaging to victory against some hapless Ultramarines. Enjoy.