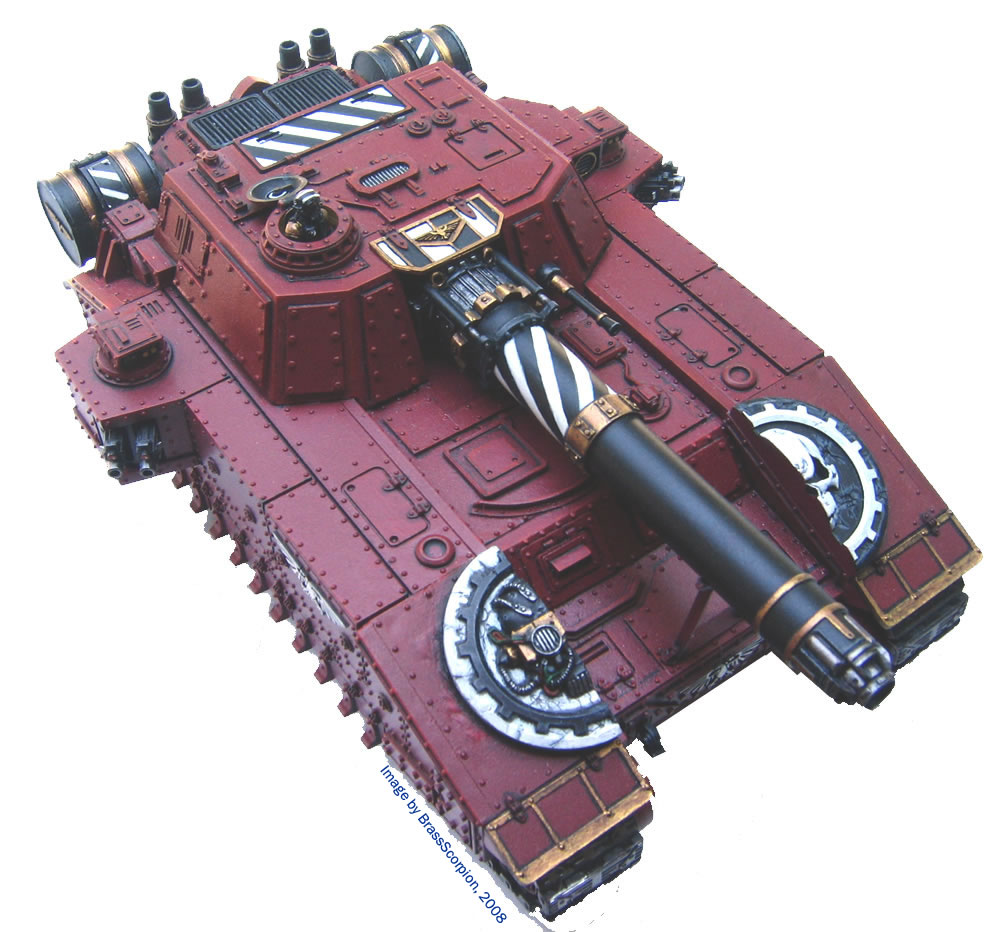 Games Workshop US will run their annual “Tanksgiving” event on Saturday, November 29. The idea behind Tanksgiving is to have a record breaking number of armored vehicles involved in near simultaneous games all over the United States. Exact times and event details may vary from store to store depending on space available and other circumstances, so it’s probably best to contact your local GW store if you have questions about this event.

Personally, I’m really looking forward to this massive armor clash. As there is a large amount of space available at my local Battle Bunker, Tanksgiving will be an Apocalypse event with super-heavies allowed on the field and multiple game tables running simultaneously. In fact, any model with an armor rating can be used in this event. I’m thinking about fielding four Imperial Baneblade variants and four Chaos variants and conversions just to see what it looks like to put eight Baneblades on the table all at once. This includes my newly built Tower of Skulls daemon engine, which is constructed on top of a Baneblade chassis. If I can find space in the car for more model cases I might throw in some other armored models from my Chaos Marines, Dark Angels and or Imperial Guard as well. One thing is for sure, my Shadowsword pictured at the top of this article will be there, because in 40K Apocalypse, the word “good” begins with the letter “D”, as in D for Destroyer weapons!