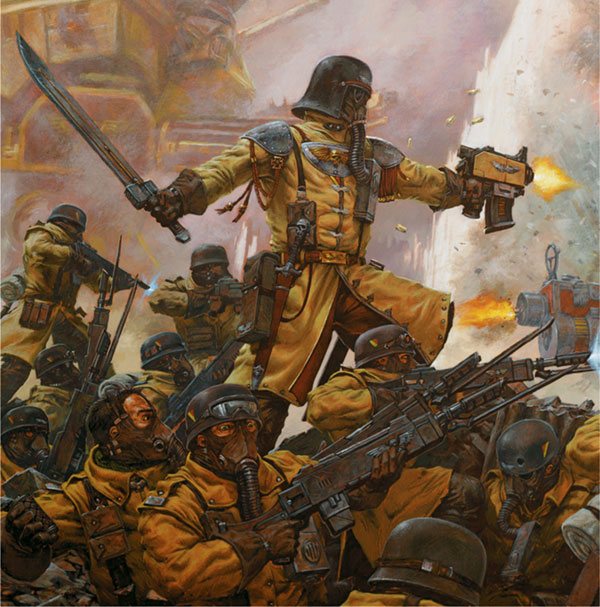 So I’ve been playing a bunch and watching even more 40k games lately and something odd has struck me.

I’ve noticed a slow drift to favor the static armies, that I haven’t seen since early 3rd edition. This is definately not a hard and fast rule, but with true LoS, and the ability of certain more recent armies to field truckloads of firepower, there seems to be a distinct advantage to being the army that sits back and blazes away. Then you call in reserves midgame to plug up the problem areas and push your survivors forward with objective grabs late game.

I’m seeing the aggressive armies taking it on the chin more likely than not, and not really getting the payoff for their hard earned success in scratching thier way across the firelanes and into the enemy army.

~Do you guys agree, and what are you seeing in your local areas? If you have specific armies that you are seeing this pattern with (or armies that can successfully strike out cross table) lets hear about it. The floor is open generals. What say you?