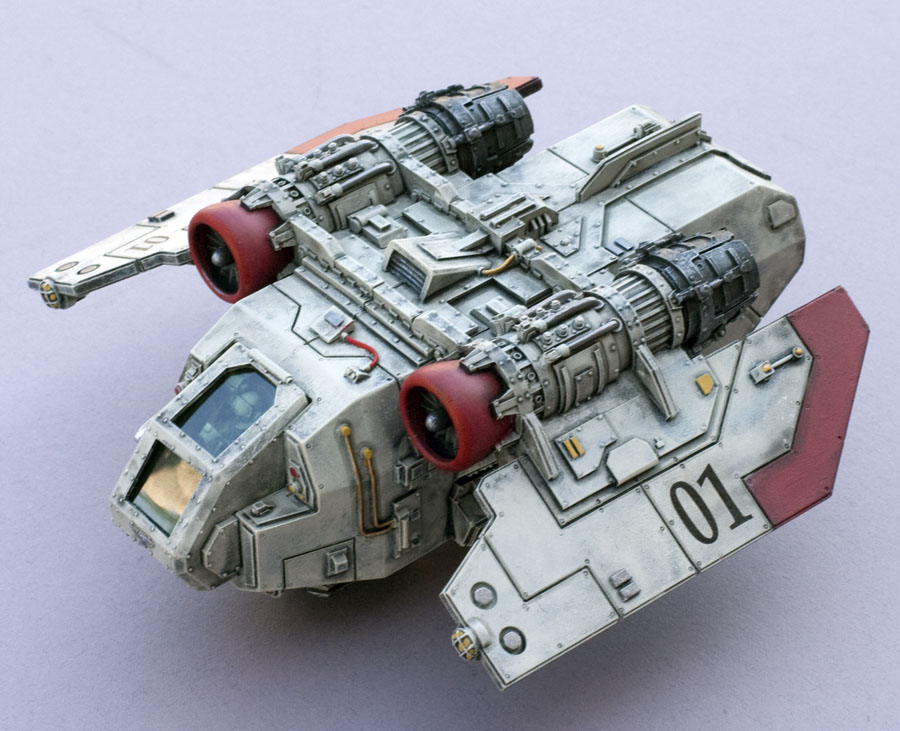 Last month we went to Adepticon, which was as always, really fun. The most surprising thing about the Gladiator event was how incredibly annoyed people are about Flyers. I’ll list a few facts about Flyers, and then go into dirty tricks.

Flyers 101
-First, Flyers are hard to shoot. 6s to hit, 12” further than the tape measure shows them, 4+ cover. No blasts or templates can be used on flyers, either.
-Second, Flyers move fast – at least 36” a turn. This means closing with them isn’t possible.
-Third, Flyers cannot be assaulted or rammed.
-Fourth, Flyers occupy space just like any other model
-Fifth, Flyers can leave the board. So if your flyer is shaken or there is no good place to put it on the board, just move it off and bring it on again next turn.
-Sixth, Flyers can always fire all their weapons. So if you give them guns, Flyers can move across the board and fire everything. Which isn’t that big of a deal since Flyers always hit the side armor of ground vehicles, regardless of the facing they are actually on.

Evil Flyer Tricks
Flyers enter the board and are anywhere you want them to be. This means your Flyers can be exactly in the axis of your opponents’ most critical advance and keep them from moving where they need to be. Since they have to move at least 36” each turn, constant blocking require lots of Flyers – and that’s where the Arvus comes into play. At 75 points and a transport option of Imperial Guard (a cheap army), it is possible to have a veritable fleet of Arvus Lighters screening your army against the advancing hordes of enemies while your guns blaze away without fear of assaults.

Flyers can deliver troops anywhere you want them to be, and without the disadvantages of deep strike. Again, the Arvus Lighter is cheap and carries cheap troops, so it is a joy to use in this way.
Flyers can block objectives, just like any other large enough model. The Arvus is big enough for this, but something like an Eldar Vampire can block an objective so that even in the next turn the enemy cannot get to it.

Closing Thoughts
For some reason, people hate Flyers. Maybe it’s the big pretty models dancing around in their backfields, or maybe since they almost all have AV:10 on all facings, they seem easy to kill, but whatever the reason, even solid players will shoot at Flyers they ought to ignore.
On the flip side, smart players almost never fire at Flyers. Which means you can fly them all over the board.

~What are your thoughts on flyers? Do you use them regularly or find them to fickle or overpriced for most games? If you do like to use them, lets hear what your regualr types and tactics are.