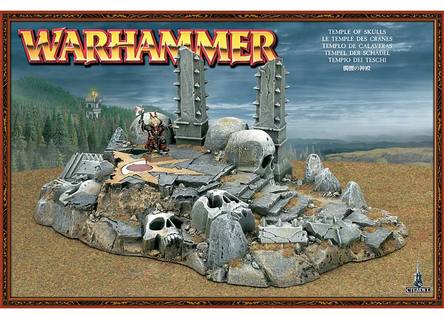 Hi guys a short one on this Friday afternoon,

Games Workshop has just cranked out two new Advanced Orders products for our Warhammer Fantasy readers (and one is usable for us 40k folks as well).

Temple of Skulls
If there is something that defines the Warhammer universe (both Fantasy and 40k) its skulls, and the only thing that could be better than normal sized ones, are GIANT ONES, and lets throw in several of them, just for kicks…

~Khornate scenery piece anyone…? Both of these are slated for release on June 20th.