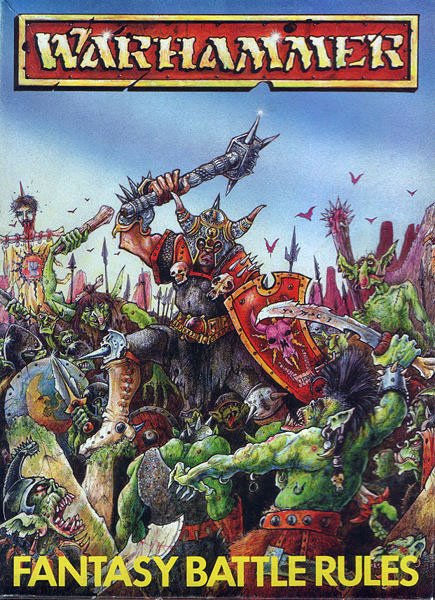 Last month a competition was held on a Warhammer forum for the best battle report and Bulwark pulled out the prize with this comedy gem. It made me smile so much I just had to share:

“So, like, we put some guys out on the table, and like rolled the dice and I moved some dudes towards his dudes, and, like, they fought and stuff, then his big dude turned to my big dude and did some magic stuff and killed my big dude, and I was like ” no way!” and he was all like “way” and then his other big dude charged my little dudes and the big dude totally killed a bunch of my little dudes, so the rest of my little dudes went to their houses and stuff and were all like “we are hiding and stuff.” and his dudes were like, “you wuss, come out here and fight.” and my dudes were like “no way, you come in here and fight.” and I was like all ready to fight, but his big dudes just kept shooting magic and stuff at my little dudes and I was all totally bummed, but then my dudes were all like, “there is only one turn left and you can’t kill us all.” and then he was all bummed and stuff and then I won.”

~I don’t think I have ever read a more succinct summary of our lovely little hobby than that.