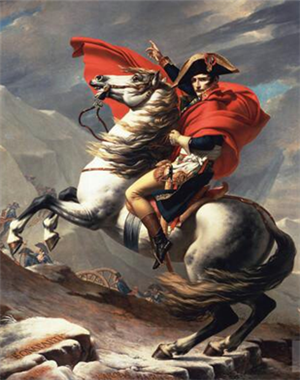 “It is an accepted maxim of war, never do what your enemy wishes you to do, for this reason alone, that he desires it.” – Napoleon Bonaparte

Great advice, NB. But in 40K, we define objectives before a single model is placed. How do we go about not doing as our enemy wishes, since he knows the objectives just as we do?

Understand the Limits of their List
First, look to their unit choices. Are they an assault army, a shooting army, all about the Reserves and outmaneuvering? These are answered with a look at their list, and tell you a lot about what will be coming from across the table. Deploy your army to minimize the effectiveness of their choices – don’t line 3 vehicles up fender to fender when your opponent deploys a Seer Council.

Gauge their Confidence and Fighting Spirit
Second, how did they deploy objectives? If they kept them towards the edges, they’re looking towards a cautious game; if they cram the objectives close together, get ready for a knife fight. Use your units to break their rhythm – disable transports, get assault units near their edges, keep your tanks 7” back from their meltas and retrograde – do what it takes to make their flow breakdown. Good examples are the wall of empty Rhinos and the suddenly refused flank of an Eldar force.

Counter the Crux of their Deployment
Then look to their deployment. Most players either throw everything forward preparing to charge, deploy a line of guns (often in Rhinos and Chimeras), or keep it all in Reserve playing to grab late. All of these tell you what to expect, and should point to how not to give them the fight they want. If they’re going to assault, give them vehicles to assault and pile up against – Flamers and Blasts generate extraordinary damage after vehicle assaults. (If you’re a Tyranid player and they want to assault, do the happy dance instead). A wall of transports is easily broken by assaulters if one of the transports is opened up in the shooting phase and you plan your assaults well. Nothing like letting your Berserkers lose combat to Tau on the charge to keep the Berserkers happy for the next turn.

Manage those Objectives
Identify the objectives your opponent can threaten, and look to how to block them. It’s true that a Rhino entering play from Reserve can deposit troops near any objective in 3 turns – if it is unmolested. Pulling a vehicle in the line of advance of that critical transport can win the game, without firing a shot (although shooting it dead is always best, of course).

~In the end, there are literally millions of tricks to pull, all of which you won’t really learn by reading anything. Go play 5 games this week against the best opponents you can find if you want to get better at the game – if you can’t, then read more tacticas and dream on. What say you?