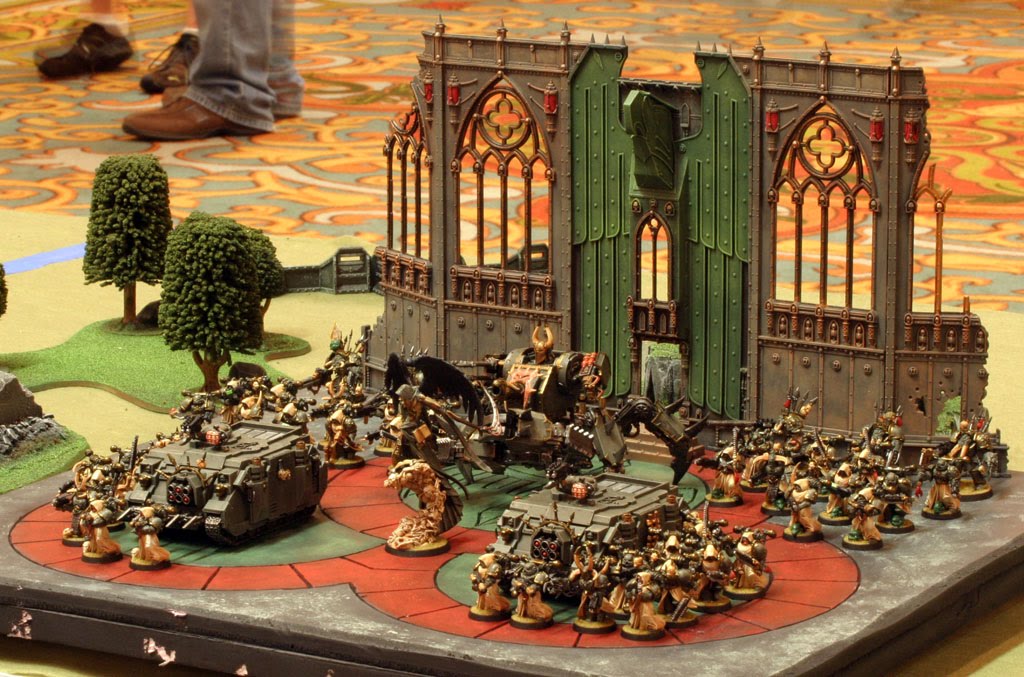 Things at BoLS are slowly ramping back up in the wake of BoLScon, so forgive us if we seemed a little groggy over the past couple of days. Getting you guys the news, updates from the floor, and running a tournament at the same time can really take it out of you.

I wanted to take a few moments to talk about what I hope we achieved with the tourney. BoLScon had several big-picture goals and some controversial guidelines I wanted to speak to.

Emphasis on ALL Aspects of the Hobby
We set out from the get-go to offer something for almost anyone in the hobby. We had the traditional 40k, and WFB, as well as newcomer War of the Ring tournament tracks for the competitive minded people out there. We also offered painting competitions, and our own narrative track Apocalypse/Planetstrike events for those looking for something completely different.

We found that the narrative events were a big hit, as well as the consolation bracket for the 2nd day of tournaments that allowed the bottom half of players a fresh start and chance to win prizes. The GW rep on site commented on the uniqueness of the narrative track and how much fun the players were having.

Emphasis on Quantity and Quality of Games
From the first press release, we knew we wanted to offer a truckload of games for BoLScon attendees. The tournament players got 7 games in 2 days, with 2 hour time limits for 2000pt 40k games and 2250pt WFB games. On the narrative side, we packed 4 Apocalypse games into the 2 days for each of the 3 narrative tracks.

Many, many people said the time-limits were impossible and the schedule would never be kept. In fact, BoLScon achieved over a 90% completion rate for our tournament games (all systems) and ran no more than 15 minutes off schedule across the entire event. The time-limits were possible.

Our judge staff’s first and foremost duty was to help players keep their games moving. They were proactive at not only answering tough questions and throny situations, but helping players look up rules, and making sure everything moved along in a timely manner.

Fun Above All
More important than the other two was the overall goal of fun. From the 80s Rock mission themes, to the famed battles over the Siege of Terra, to the random team prize draws, we tried to run the entire event with the flair of a gameshow and not the SATs. By the end of Sunday, we saw a group of dog-tired players with huge smiles on thier faces. We made many new friends and got to meet a lot of our online blogging brothers in person for the first time. All in all, it was a great way to spend a weekend!

~This is an open thread on not only BoLScon but touneys/conventions in general. For attendees, please tell us your overall thoughts of the the events, and what you most enjoyed and your best memories. For everyone else, lets hear about what you would like to see BoLScon grow into to make it the best gaming convention on the planet. The floor is yours gentlemen.