WFB TACTICS: Have a Breath Mint? 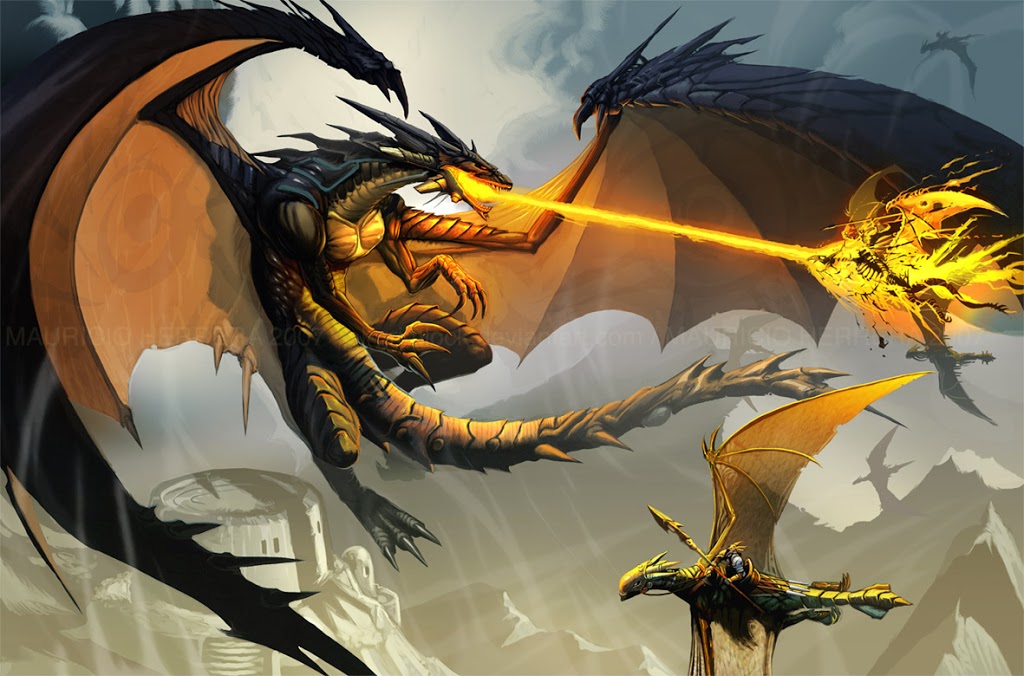 I think breath weapons are under-used in the current Warhammer Fantasy tournament environment. They are widely available and devastating to any large bulked up unit. Even skirmishers can be devastated by a well placed breath template. I think one of the reasons is a lot of Warhammer players don’t know you can use breath templates even if you marched. Consider not charging that static 5+ ranked unit with your dragon and instead fly behind it and burn it up. If your opponent is not going to break, you are going to kill a lot more models with a breath template on ranked up troops then beating them by 1 or 2 near a BSB.

More and more popular today are these big point sink units, or “deathstars”. They are extremely hard to kill in combat. Consider a unit of Dark Elf Blackguard with the 1/2 enemy ballistic skill magic item. Most shooting at that unit will require 6s or more to hit. There is an easy way around that though with breath weapons. T:3 Elves do not like big 8″ templates that hit their whole unit. Breath weapons have the advantage of not using ballistic or guess range to hit. Not only are they more accurate ,but the more models there are in the enemy unit the more hits you can generate. If you’re not a Wood Elf and want some accurate shooting, go breath weapon or go home.

Lets look at what units and items that have breath weapons:

Bretonnia: Wyrmlance. This is a great item. Not only does it give you some anti-regeneration with flaming attacks, it also gives you a one use breath template. It’s great for when you have busted through the line and are turning to face a new target. Lay down some fire to drop a rank off the enemy.

Daemons of Chaos: The Bloodthirster special character has a sick Str:5 template, but he won’t use it often with his frenzy leash. Nurgle has access to one of the cheaper Str:4 templates. A Great Unclean One can rack up a lot of kills for Epidemius real fast if he marches 12″ and pukes on a ranked unit. The great thing about a breath weapon toting GUO is that he also has a spell that is a breath weapon. If your already lining up to breathe you will be in a great place to utilize the spell as well.

Dark Elves: Dragons. Hydra!!! The Hydra is right now the best monster in the game for its points. And its breath weapon is as scary as its jaws. When the Hydra has no wounds it can deliver a Str:5 breath template. Combined with its ability to march through difficult terrain, you can easily get the Hydra into devastating spots where it can lay down massive fire.

Dwarfs: GyroCopter. Probably one of the most useful units in the Dwarf army. On top of its march blocking 20″ move it provides a nice little boost in the shooting phase with its Str:3, -1 template.

Empire: Steam Tank Steam Turret. Not only is the Steam Tank highly maneuverable its breath weapon is Str:3 with no armor save. Empire tend to have problems with skirmish units and this is an easy way to fix this. Pop 4 steam points and move 9″ to incinerate some T:2 Skinks or T:3 Shades.

High Elves: Dragon. Tyrion. The Stardragons breath weapon causes an automatic panic test. While not as usefull today as it use to be panic can still win you a game vs some of the older lists. Always try to breathe with the dragon. You spent several hundred points on a model; you don’t want it earning nothing hiding behind woods.

Lizardmen and Skaven: Sallys and Warpfire Throwers. While not true breath weapons. These deserve mention since they too can be used to lay down some nice fiery damage. Best used on the flanks of big units. Pestilent breath is very hard to use from the Skaven lore unless your skitterleaping and the opponent has no ranged threats.

Vampire Counts: Zombie Dragon. While you don’t see these guys very often they do have a reputable breath weapon. I think your better off setting up Vanhels to get in combat though then setting up for breathing.

Warriors of Chaos: Chaos Dragon and One Use Chaos Gift. The Chaos Dragon is the best breather around. He has two breath weapons that are equally destructive. I routinely take a sorceror lord on a dragon. My opponents are sometimes shocked out his ranged output. With bloodcurling roar and both breath weapons you can devastate a ranked up unit.

~So next time your thinking about charging some regening Plaguebearers or ASF Blackguard in the front with your breather. Think twice! Blow that dust off the 8″ template and smile. March behind that dirty gitz unit and show him a thing or 2 on how to take multiple models off the table with just one BREATH WEAPON. How about it BOLS?