Goatboy’s 40k Thoughts: Are we not playing enough Plastic Dudes? 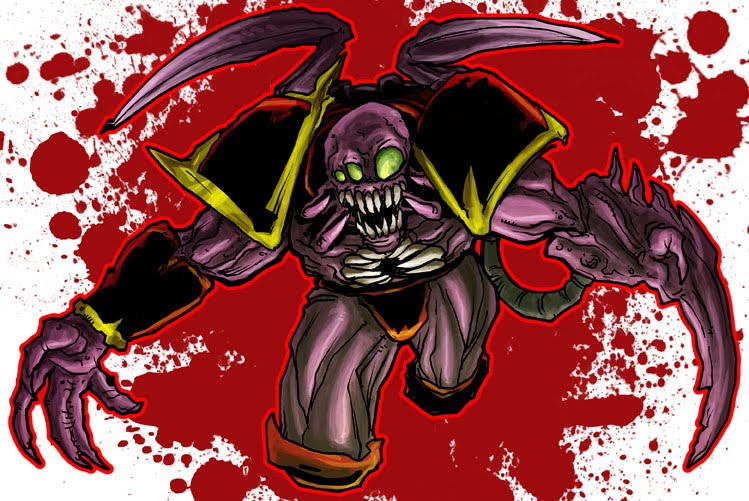 Goatboy here again – today I want to talk about something I have been discovering as I’ve been playing with my Space Goats army. I’ve slowly started to add more guys to the army and have been noticing the dramatic effect it has had on my opponents as well as my overall game play. We all love our super bad ass HQ’s, elites, and Heavy units but when the game is finishing up, all we can really see pushing us into the winners bracket is the troop squads we have left.

I know I championed the thought of less troop and more killing stuff. As each new codex comes out the overall power level of the scoring unit has become better. Almost as good as some of the other units in the game. You mix that with the overall ability of threat balance and control and you’ve got yourself a troop choice that is not regulated to under 400 points in an army. So today – I want to champion the idea that more guys is just better. Here are 3 reasons why:

If you set up 60 3+ armor saved guy across the table, most opponents will have a bit of a double take. Taking out that many guys is really hard, especially when you also mix in a good weapon match to give just about anything a threat. I have had many games where the opponent is like, “Crap, I have to take out 30 more guys in transports too?” A horde of guys is always something to worry about, whether they are green skins or covered in a make believe super plastic.

That many scoring troops is a pain to deal with. There are very few armies that can conveniently kill all your models in the first 3 turns. Having 3+ scoring units is a great way to ensure that you can get one or two at the end of the game. A lot of games are decided by only having one objective. So getting a chance to grab 3 is something that a lot of armies will find hard to deal with.

The new codexes have done a great job of dropping the overall points cost of troop units, letting them make up their points a lot easier to do now. Most troops have options that lets them be a threat to all unit choices. Whether they have to force a ton of armor saves, blow up some kind of mechanized threat, or just stick in combat for long enough to let you shoot the guys after they “win” during their turn; troop units have just gotten better. Nothing is better then using a 170 points of guys to take out a big threat like a Land Raider or some kind of Monstrous Creature.

I know not all the codexes have the options that some of the newer ones have. Most of the time, an overall points drop across the board would usually fix most of the older books. Letting units do more at less points costs can usually alter a unit from mediocre to actually usable. But that isn’t a decision that is up to me, but something GW seems to be doing with each new release. With the upcoming Nids codex coming out are we going to see a Renaissance of the Horde rearing its ugly head? Will we see more horde style marine armies start to come out as massed bolter fire becomes something more then just trying to force a bunch of 1’s to be rolled on a d6?

Here is a Space Wolves/Goats army I have been messing around with. It sits at 4 troops (one can’t score) and I still feel I could use another. If Eldar weren’t as annoying I would probably drop the Rune Priest to get some more armored jerk faces.

This list could probably drop the Iron Priest and look at adding another Grey Hunters Squad. I would probably drop the Wolves too. The reason Canis will stay in is that there isn’t a cheaper option for this type of combat Wolflord. Yes he has 2 less Leadership and no Inv save – but mix this with the hit of the Saga of the Bear Wolf lord as well as Canis and you have a really deadly combination. But yeah I could add in another Grey hunters squad with Rhino as well as one extra Wolf Guard with a different load out to really up the “horde factor” of 3+ armor save guys on the table.

Give it a try and see about adding in another troop squad to your current army list. I have had many games where the ability to get 2 far reaching objectives has won me an otherwise “lost” game. Giving you ton of chances to get the job done and hold onto the win is something that a lot of armies need.

As usual, if you have any questions please feel free to email me at [email protected].