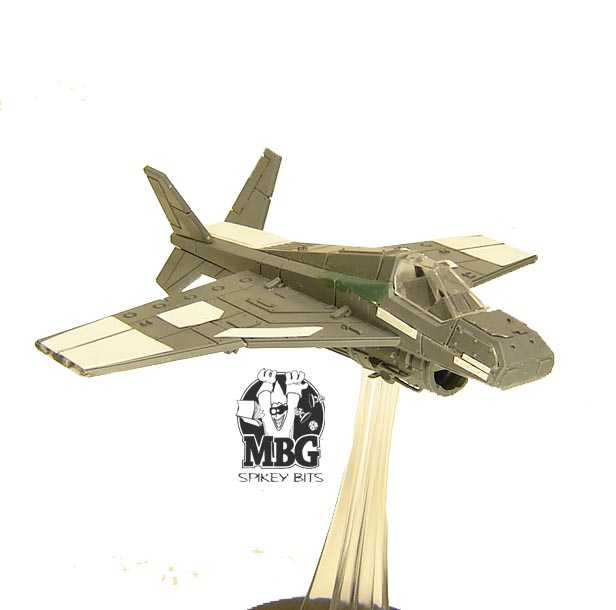 Hello again. MBG Rob Baer here with one of the coolest conversions I’ve ever done; the Imperial Guard Valkyrie Jet. I made this out of a Valkyrie kit and some plastic card, but best part about this creation is that can represent almost any flying vehicle in the Warhammer 40K universe!

For example you can just add some Lascannons on the wingtips for an Imperial Lightning, or model two engines, one each wing, and you have a Thunderbolt. Add a few Orky bits and you have a Ork Fighter or a Fighter Bomber. Make it a little pointer and it becomes a bit Chaotic. I suppose you can even use it as a Valkyrie/ Vendetta, although it may get a little windy for the embarked troops. You get all this modeling goodness for the low low price of a Valkyrie kit!

Now for your viewing pleasure is some extreme close ups the Valkyrie Jet. If you like that be sure to check out my blog, Spikeybits for the complete step by step guide on how to make you own. Enjoy MBG