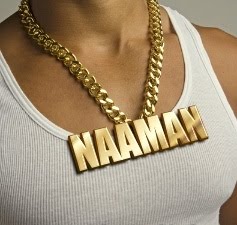 Welcome to “Forgotten Heroes”, a continuing series of articles updating classic Warhammer 40,000 special characters. In this episode we’re going to focus on bringing a handful of “upgrade characters” from the shadows of obscurity and into the light of 5th Edition!

I’ve chosen three characters based solely on the many emails I’ve received (so if you have a character you’d like to see with 5th Edition rules, email me at [email protected]). First, the enigmatic (and strangely popular) Spiritseer Iyanna Arienal. Secondly, the scrappy Dark Angels Veteran Sergeant Naaman. And, finally, the bombastic missionary Uriah Jacobus.

Without further delay, let’s jump into it!

Iyanna Arienal, also known as the Angel of Iyanden, is reported to be the most powerful Spiritseer among the Iyanden. She is armed with two ancient and powerful artifacts from her Craftworld and is rumored to be accompanied in battle by a giant wraith-construct animated by the spirit-pool if a mighty Exarch.

Note: An Eldar army may upgrade a single Warlock (not on an Eldar Jetbike) to Iyanna Arienal for 40 points.

SPECIAL RULES
Warlock Powers: Iyanna is a psyker and has the Embolden and  Warlock powers.

Spear of Teuthlas: Iyanna carries an ancient and powerful weapon that dates back to the founding of  Iyanden Craftworld. The spear counts as a Singing Spear, but has an 18″ range.

Angel of Iyanden: Iyanna is particularly gifted at conversing with the spirits of the dead. She is a Spiritseer, and any Wraithlord or Wraithguard unit within 24″ of Iyanna need not test for Wraithsight.

Naaman was a Dark Angels Scout Sergeant best known for fighting against the Orks of Piscina IV, led by Nazdreg Ug Urdgrub. Naaman was a sole survivor of the initial attack, but managed to later lead a scout team through the dense Ork lines to sabotage Nazdreg’s deadly “tellyporta” systems. Although he gave his life in the mission, his name was added to the Dark Angels Book of Honor.

SPECIAL RULES
Evade Detection: Naaman is a master at avoiding detection. Naaman and his unit have the Scouts and Stealth rules.

Brush Aside Blow: Naaman is an accomplished close combat specialist and trains men under his command in the hand-to-hand fighting techniques of many worlds. Naaman has the Feel No Pain rule, and he and his unit count as being armed with defensive grenades.

URIAH JACOBUS, PROTECTOR OF THE FAITH

Uriah was a missionary of the Ecclesiarchy and traveled from world-to-world along the southern galactic edge, introducing more than twenty worlds to the Imperial Creed. Although a powerful orator and devout priest, Uriah was best known for his generalship of the Battle of Solstice where he led the armies of a feudal world against a powerful Genestealer Cult.

Note: A single Priest in a Witch Hunters or Imperial Guard army may be upgraded to Uriah Jacobus for 70 points.

SPECIAL RULES
Banner of Sanctity: Woven  by the daughters of King Ellesan of Solstice, this banner fills foes that view it with awe and dread, while inspiring friendly troops to fight their utmost to honor the Emperor. If Uriah and his unit are outnumbered by enemy models in close combat (determine at the beginning of each Assault phase), their close combat attacks gain the Rending rule until the end of the Assault phase.

Bombastic: As long as Uriah is unwounded he and and his unit have the Relentless rule. If Uriah has only one Wound remaining, he and his unit gain the Fearless and Preferred Enemy rules.