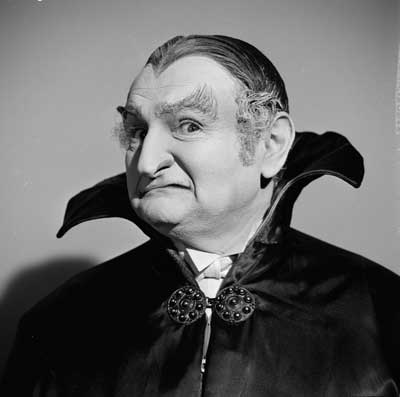 Blood Angel latest out of Germany.  (translated by Vovin)  We’ve heard this batch is much closer to the final codex than the initial wave of rumors that has been out over the last few weeks.

Mephiston
– costs: x points + x (this is a guess of the authors and not part of the actual rumours)
– stats:gigantic, better than before
– special rules: ATSKNF, IC, Lord of Death, psyker, knows all 6 psychic powers
– weapons: Scarlet Fang, Force weapon, Plasma pistol, grenades, Psychic hood
– Lord of Death: no Red Thirst (army wide special rule, if leadershiptest fails wehen enemy is in 12″ unit has rage), no Furious charge (otherwise army wide special rule), instead: Feel no Pain, Fearless, Eternal Warrior
-Scarlet Fang: can replace instant death power with one of the other psychic powers. He can use this power without psychic test and it no longer counts as psychic power but instead as normal special rule. A psychic hoodfor example is useless against this power.

Furioso Librarian:
– costs: expensive, way more than a Dreadnought (unclear if this is also speculation or part of the rumour)
– stats: common Dreadnought stats with some small spikes. He is a Furioso too.
– rules: walker, Furioso Supremo, Red Thirst, Furious Charge
– items: 2 dreadnought ccw, one with melta gun, one with stormbolter, smoke launcher, searchlight
normal options like heavy flamer
– can take 2 powers: Quickening, Might of Heroes, Shockwave
– transports: Drop Pod, Tantalus Drop Ship
– Furioso Supremo: can cast one power with leadership x. He takes a glancing hit from every Peril of the warp attack. Otherwise he doesn’t count as psyker in every regard!

Psychic powers:
Quickening: used at the start of the turn, gives (only the psyker) beast movement. If the psyker is not infantery, he gets fleet. He has to be on the table to cast it (comment from me: to my understanding that means you can’t use it in a transport). If Mephiston is casting this spell, his unit gets the faster movement too.

Might of Heroes: used at the start of the assault phase. one model in 6″ (that includes the psyker) gets D3 extra attacks

Primarchs Grace: used at the start of the turn, Librarian and unit can ignore terrain until the end of the round

Living Darkness: shooting power, x” range, 5″ blast, stays in place until the start of the next Blood Angel turn. No line of sight can be traced through the marker except the targeting unit has Acute Senses USR

Shockwave: shooting power, vehicles in xx” get a Sx AP1 hit against its side armour. in 6″ 2 hits and in 3″ 3 hits. cover saves are not allowed.

Transfixing Gaze (Mephiston only): begin of the assault phase, hinders enemy to attack, like Genestealer Broodlord, on a draw nothing happens

Vortex of Blood (Mephiston only): can use it before he attcks. every model in base to base contact makes a Toughness test. If it fails it gets a wound. saves are allowed. If at least one wound was caused every successful hit roll from this on until the end of the round against Mephiston has to be rerolled.

~There is also chatter that the Tantalus lander may have recieved a rename in the final codex…  In any case, these guys are looking better than ever!  Have at it.