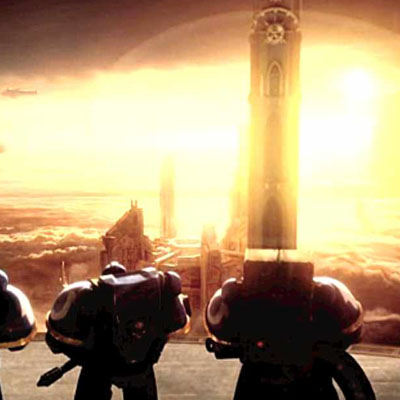 Hi everyone, Fritz here.  Today I want to talk a little about some of the “useless” units in the game the psychology of the players.

So recently I was reviewing some lists ideas with Jawaballs regarding my Grey Knights when the question of orbital bombardment came up. Why was such a hit or miss “unit” included in my list, especially when it was starved for points given the cost and limitations of running Grey Knights? When was the last time you saw a Daemonhunter OB in use on the table? I’m not talking about cheesy Apocalypse tricks where you take a unit of GK terminators for fun, an Inquisitor lord + freaks to open up the OB, and then blow the rest of the points on bombardments so every piece of terrain, rock, and blade of grass on the other side of the table is keyed in for a strike.

40K players on the internet like to dive and slice other 40K player into neat compartments. Given the level of discussion and number of units, armies, missions, etc. it helps to be able to package information into the definitions. Are you a mathhammer player? “Best of” list player, fluff at all costs player, etc. Can you be only one at a time or a combination of them?

As players of a game with both an element of randomness to it and a human element how come the human factor is often glazed over or even completely overlooked? Even in a casual “fun” game don’t we like to win? Isn’t there both a moment of joy for you when that land raider explodes and a moment of despair for your opponent at the same time? Can you really say with a straight face that you have never lost your cool or panicked like a little grott at least once one the table?

That is why I take orbital bombardment in my list- for the human factor. I don’t expect it to actually land and kill anything, and I think the number of models that I have killed with it can be counted on both my hands and a foot, but in every game it has always made its points back!

Keying it on that piece of terrain with my opponent‘s objective for Capture & Control followed by slowly hovering the template over it and rolling the scatter die every turn is worth the price of admission. It’s not about what the OB actually does, but rather what my opponent perceives it could do. Power perceived is power achieved. Perception is everything! Anytime that I have something in the game that can attract my opponent’s attention or better yet shift it to an over perceived threat, it open up the chances that they will make mistakes- and I like mistakes!

~Fellow 40K players- what unit(s) do you think are more about perception then reality and how do you best wield them?