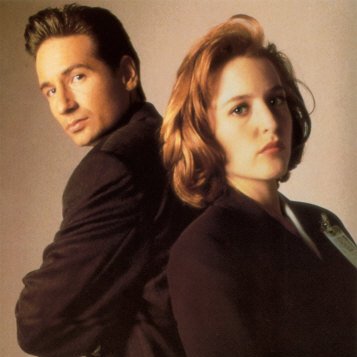 Back in part 1, we briefly looked at preparing for a doubles game. Now, it’s time to discuss playing the game!

Flicking through a few of the comments from the last article, it is quite clear that a lot of us are converts to doubles games, but it allows you to ‘bend’ the rules slightly. I’m not going to go into the problems behind playing doubles in a ‘tournament’ environment, as every tournament organiser tackles it slightly differently. For now, let’s assume we’re playing with friends or good-natured opponents, albeit ones who deserve a good drumming on the gaming table!

What is important in ‘normal’ 40K games, is just as important in doubles, but you need to ensure both of you are working towards the same goal. Always be clear on what is needed to win the game. Objectives, kill-points, whatever. Be precise and concise with your plan, and discuss the changing battlefield regularly. While your opponents are moving, take a few steps back and discuss things where your opponents can’t hear. Be clear if, and how, you are splitting your forces, and who is responsible for what.

Foster a good relationship with your partner, buy them a drink, congratulate them on things well done. If they make a mistake, be supportive and explain why you think it’s a mistake. If their forces get a beating and your troops are unscathed, consider handing control of a unit of two to them. Once you trust each other, allow your partner to move or shoot your units to speed up the turns. Ensure that they know the rules for your units though, especially if they are complex. If there is a crucial dice roll, such as a character’s invulnerable save against an instant death attack, I always find it is better to let the owning player take it though.

Playing the game
I have found there are a number of ways to sort yourselves out when playing a doubles game, but they generally fit into four general camps. For each of the following I’ve given a brief description and two marks out of ten.

The first is complexity, which describes just how difficult it is to integrate your forces and get them working as one. This also gives a measure of how likely you and your partner are to argue! By increasing the complexity of your battle plan and the integration of your forces, the more you will get in each other way and be prone to animosity in the ranks! If you are with someone you know well, you can get away with a larger score here, but with a stranger, a low score here would be advantageous.

The second mark is for effectiveness, which simply gauges how this combined force is actually likely to do! This is hard to quantify, but from experience I have found certain configurations better than others.

1) “You take the left, I’ll go up the right!” – 2 Balanced Forces
This is quite simple. You take one side of the table, your partner takes the other. You avoid most of the animosity as you each have your own bit of the table. However, good opponents will easily concentrate fire to defeat you, as you are likely to have quite a spread front. Also, if one player takes the brint of the enemy attack, they usually get disheartened and don’t enjoy the game.
Complexity: 2/10
Effectiveness: 5/10

2) “Cover me, I’m going in!” – 1 Assault army, 1 Shooting army
This is the best option when you have an assault army and a shooting army. One player is in charge of rushing the enemy lines while the other supports. The beauty of this plan is that it allows two unfamiliar players to use a combined force quite effectively. However, it does require specialist armies from the start.
Complexity: 4/10
Effectiveness: 7/10

3) “Let’s combine forces” – Any armies
If you are quite familiar with your partner, then you can combine the two methods above. Deploy your combined force, intermixing each other’s unit’s as required. Once the game gets underway, each of you control half of the force (split it left/right or front/back as you want), regardless of whose troops they actually are. This is the easiest way to try some of those combinations of units that doubles games allow.
Complexity: 6/10
Effectiveness: 8/10

4) “One vision, one purpose!” – Any armies
This is it, the “Pièce de résistance” of doubles play. Effectively, you play as one force, with neither of you controlling one bit or the other. You just work as one player, with two minds. Either of you move whatever, shoot whatever. This is how my partner and I ended up playing at the 40K doubles tournaments. It’s tough, particularly when his dice rolls result in your troops dying, but it ensures that the combined force does the best it can. It makes it easier to sacrifice one player’s troops for the greater good. You no longer see your troops and your partner’s troops, you see your combined force.
Complexity: 7/10
Effectiveness: 9/10

Give is a go, try a few doubles games and get to know your gaming group a little better!

To finish, here’s a few things to try in doubles games (obviously tournament-rules dependant, so check to see what is allowed ahead of time):

Subscribe to our newsletter!
Get Tabletop, RPG & Pop Culture news delivered directly to your inbox.
By subscribing you agree to our Terms of Use and Privacy Policy.
Give is a go, try a few doubles games and get to know your gaming group a little better! Got any comments tips, tricks or awesome doubles games stories, let me know or pop on over to my fledgling blog! 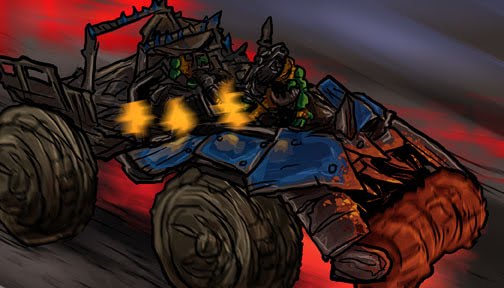