All Your Base- Guide to Making Custom Bases. 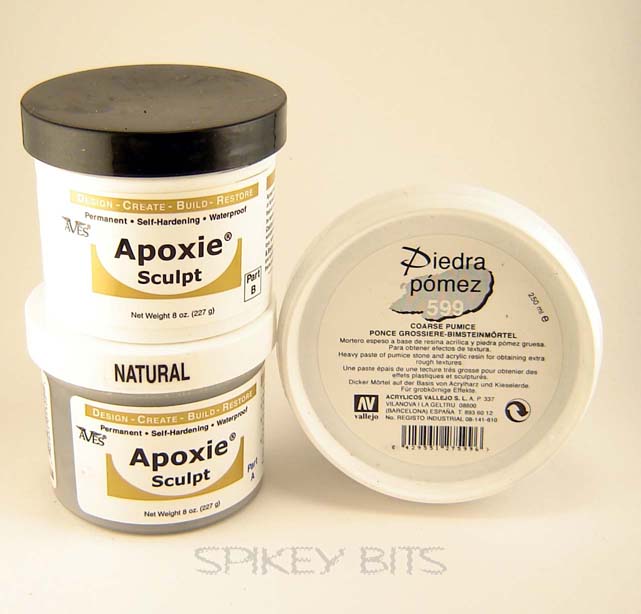 Enjoy some ideas for making custom bases. If I have the time I really like to customize my bases to go along with the models I’m working on.

The main problem I run into is that I wanted to have hills or berms built up or around various battlefield detritus, which is hard to make “look natural” using my normal conversion implements of Green Stuff and pink foam. So after much lamenting and gnashing of teeth, a friend of mine gave me a can of Apoxie-Sculpt to try out.  IT CHANGED MY MODELING LIFE FOREVER.

This stuff is pretty much amazing. Its easy to use, has a long pot life, can be sculpted with fingers and tools, and responds very well to water when you are sculpting it.  It also holds forms and sharp edges well. The best part is you can build it up over several layers to create some great landscapes.

So with my newfound “wonder material” I went to work.  First I used the Apoxie Sculpt to build up the landscape, and then added in other components such as resin bits, cork (for simulated rock), and brass etching, to create the foundation of the base.  You can see what I’m talking about below on these 40mm bases. When the bases dried overnight I added some “boulders” and some fine pumice for “pebbles”. I tried to put the fine pumice around the lower areas of the bases, in cracks and other locations where wind/ water would make it accumulate in nature. I then applied Vallejo Course Pumice Paste using a old dry brush to the areas that were sans texture.  It gave me the look I wanted, with minimal work (no nasty glue fumes or pumice going everywhere). You can see the one base I attempted to make using pink foam; it’s not ideal but it works in a pinch. Here are the bases, all finished up and flocked.  As you can see I trimmed some of the scrap bits down from the original design to make the overall base more streamlined. Some of the guys at TheWarStore mentioned that they were sticking out a little too far (they are usually spot on- thanks guys). I painted them up in a desert scheme to match the rest of my Ork horde.  First I basecoated them with Scorched Brown, then drybrushed over that with Kommando Khaki, followed by Bubonic Brown. The metals were picked out with P3’s Pig Iron and washed with Devlin Mud. Then I used wood glue to affix GF9’s “Straw Grass” flock to them. I use the wood glue as opposed to super glue because I think the grass just looks “fuller” when it dries.

So now its time to mount my models on their new scenic bases. Of course I’d have to pin each of them down to their base, which is fine because I know they will be sturdy.  I think the best thing about making your own bases is you know what poses you want to set up, where to glue stuff down, and what detail to show off.

What do you think? Make bases if you got the time, or just buy something that looks good?

Author: Robert B
Robert is a veteran tabletop and miniatures gamer, and writer with over 20 years of experience. His specialtiesies are the worlds of Game's Workshop's Warhammer. He began writing for BoLS In 2010.
Advertisement
Conversions Painting Wargames Warhammer 40k
Advertisement

GW RUMORS: And Then There Was One