The first batch of Dark Eldar model rumors are making the rounds… Yummy! They are said to be VERY CLOSE to the warrior shown on p.174 of the warhammer 40k rulebook.

The warriors are not striding forward and hunched over like they are about to tip over- legs are laid out in a wide stance and the models are much, much better proportioned than the old ones, so no more legs that go all the way up and tiny torsos.
Helmets and non helmeted heads included.
Non helmeted head has a high ponytail.
Ribs/shards of bone poke through loincloths and the ponytail.
The helmets are pretty much identical to the above pic, but with lumps/gems over the ears/temples.
From behind the helmets look exactly like eldar guardian ones.
There is a gem/soulstone on the left chest armour- not the shoulder armour piece as per the above pic.
This is where you have to use your imagination as the pic doesn’t show it: On the back there is a backpack that looks like it started as an eldar backpack but does not stick out as far, has vestigal ‘vanes’ compared to the eldar one (so doesn’t stick up above the shoulder) and most excellently down the centre of the backpack, it is recessed with scaled armour over the spine (triangular scales with points downwards)
A high collar that flanges out
Rifle is almost exactly the same as the pic for the base model, even down to the jagged bit that pokes up in front of the warriors abdomen in the pic. There is a variant with what looks to be crossbow arms sticking out laterally (ends up looking like a mini anchor)
Attachable Loincloths (variable designs) One has a skull, one a hook on them.
As per the pic, greaves over the lower legs, then knee pads and scales over the upper legs, with points upwards.
Knife scabbard, 2 ‘rods’ and 2 small sachels on the ‘utility belt’ posteriorly
Blades of differing lengths and size on various armour parts, primarily lower legs and shoulder pads.
Curved knife HW available.
Attachable blades for the end of splinter rifle.

~So rules tidbits are starting to dribble out, and now this from a reported firsthand sighting. In the words of Fox Mulder – “I Want to Believe”. Standard caveats apply. 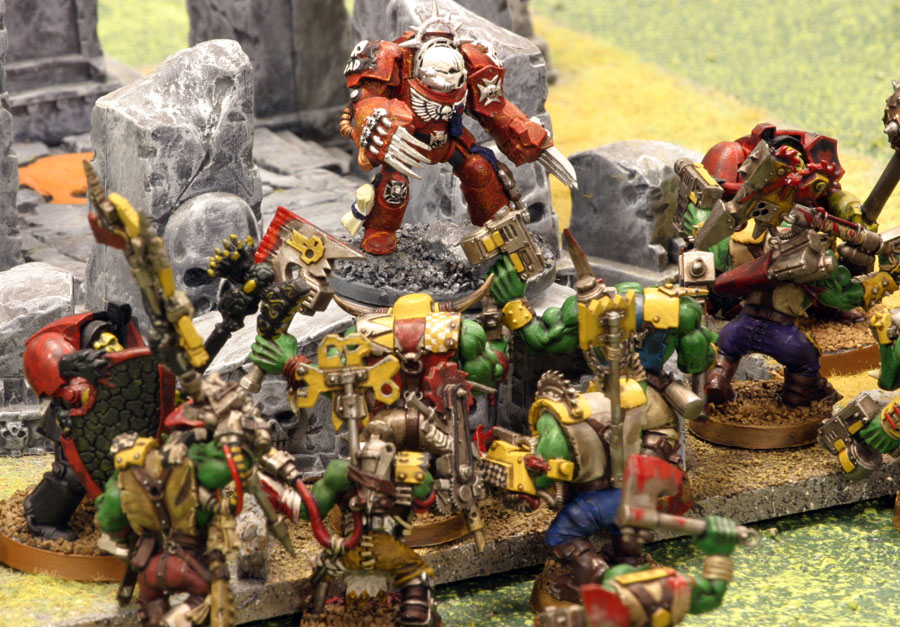