So where are we with the Dark Eldar in the aftermath of all the recent craziness?  Not nearly as lost as one might think.  To set us back on track lets take stock of some of the more recent and grounded tidbits so we regain our rumor bearings…

The BoLS Lounge’s Eldargal put this roundup together:

•Dark Eldar not Necrons for late 2010 (ColonalKlink, OP, source GW employee)
•Harry indicates complete revisit, rules to do justice to a brand new snazzy model range. Every model redone. Release probable within 12 months.
•Harry ‘wouldn’t be surprised’ to see Gamesday announcement.
•Possible Christmas release. (others mention October-November)
•Harry certain they are coming this time, not certain of when.
•GW committed best resources to DE revisit, including Jes Goodwin as head sculptor
•GW expects DE to be popular and sell well if they do a decent job this time.
•New range described as ‘mind-numbingly’ awesome, unclear if this is from eye witness account or wishful thinking.
•New range to be released in waves, not all waves in production or ready for production.
•Mix of plastic and metal models, no all plastic plans.
•Harry confident of his accuracy re DE.
•“I don’t think GW would consider the work of their finest to be any risk at all. The studio have always been of the mindset that if they make the very best toy soldiers they can … folks will buy them.

There has been no waffle and no delay.

When they have said anything at all they have said very clearly what is going on and why. They have said things like: ‘We are doing Dark Eldar’, “We have asked Jes to have a crack at them’, ‘The whole range needs attention’, ‘It is a big project and we are going to give it the time it deserves’, ‘We are going to give Jes the time he needs to nail them’ There has been no waffle or ambiguity in any statements I have heard about this project … in fact they have been more open and up front about the development of this project than almost any other., ‘They will be released when they are done’ ‘This won’t be for a while’.” “They will not be pushed back, nor will they be late. They will, much like a wizard, arrive exactly when they are supposed to.”
•DE team given as much time as they need to get things right

~Standard caveats on these rumors apply, and more on other rules tidbits as we get them. Have at it. 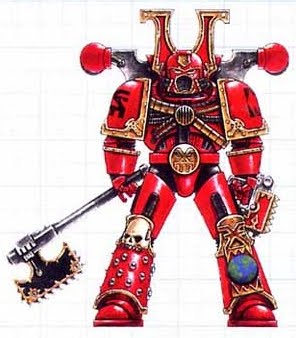