Goatboy 40k: I been painting Nids and Goat Angels 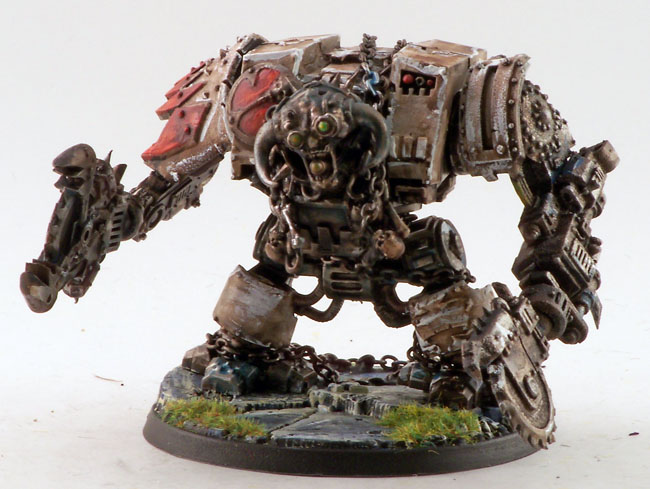 My Goat Angels have finally reached their initial finished stage. As I normally do with any army, I just painted a bunch of stuff and figure out what I like after throwing some dice and minis across the table. So I wanted to post up some of the newer stuff I have worked on to complete the army as well as some Nid stuff I finished for some clients. This is my initial librarian. Goat Angel leaders are based in white armor. The leaders are the closest to the Great Goat and they are separate from the initial Goat hordes. Space Goats are from the same breed, but have reverted to an older way of living. Thus the push towards the old Priesthood of the Great Goat. This also lets me cross build my army between both sets and lets me experiment with crazy army builds with less need to build and paint an otherwise worthless model. I went with an otherwise orky style design on the Baals. The Space Goats are not the cleaniest of builders, thus the kinda ram shackled nature of some of their units. The first Baal was built by a local convertor. The second one was me goofing around with all the random Chaos bits I have as well as extra ork turrets I have from all my Battle Wagons. Quad linked for the win eh? Here is the first Vindicator. I have another one in a box and will most likely look sorta the same as this one. I have found that using a small chain from the jewelry section of a bead or hobby store is a great way to give a cool look to your minis. The chain can be held in place by small dabs of super glue and can be easily placed around anything. You can always make flying chain by putting in the super glue and quickly activating it with any of the quick set activators.

Here is my honor guard. Obviously you can see some of the leaders within it that have white in their armor. I didn’t want to go with the gold, as it just doesn’t seem to scream goat enough for me. Plus all their accents and metal for the most part is gold so I didn’t think painting a fully gold guy as something worth wile. I still might do it as Darkwynn will give me crap for not being all blinged out. I went with flamers as I am always jealous of the IG players that coat my guys in 4 gouts of flame from their happy little box of doom. I really like dreadnoughts, so when the Blood Angels book came out with all the dreadnought options I was very excited. The Death Company Dread was painted white to symbolize being fully engulfed in the Goat Rage. Thus it is close to the Great Goat like the leader models in the army. The two other dreads are my Librarian dreads. The axe arms are from Warmachine Khador Juggernaut kit and really give the model a crazy look. I went with a crazy shield arm that resembles a gladiator arm. You can blame watching Spartacus: Blood and Sand for that one. The arms are magnetized on the Death Dread as I usually run him with Blood Talons Right now the current build thoughts for the Goat Angels is another Ghetto Razorback as I call them. I originally built them for my Space Goats as a way to let me test and play with just about any build options from the Rhino to the internet darling Las/Plas Razorback. I shoot from the back middle hatch as that is where a normal Razorback would be. I just think the upfront design makes more sense as a way to still hold guys in the back.

Finally enough of my mix and matching army building I have some Tyranid stuff I painted for a client in Australia. The Tervigons are a pretty simple build design that just take bits from the Trygon/Mawloc box (arms) and the extra back plates from the Carnifex. I use the spike one for the top and then glue the hole one on the chest. From there I green stuff/Epoxy around the chest to increase the size and then add in a chest plate from a Warrior/Ravener kit. The Mawloc is basic without anything too crazy on it. This is it for Full of Monkey painting and Goatboy. Currently on the block is some more IG stuff for a Spain client, more Nids that are in a dirty Arctic style, as well as another Tervigon conversion for a local client. Fun stuff as usual for Goatboy and the crew over at Full of Monkey.

Author: Thomas / Goatboy
Thomas Reidy, aka Goatboy, the ever-evil member of BoLS. I do arts, play 40k, and even paint a lot of stuff. I have been playing Warhammer 40K since the 1990s, and have won multiple national events including Adepticon and GW GTs. I've been writing for BoLS for 15 years. Look at my Instagram to see what I am working on - or working on for someone. I am always doing something hobby related.
Advertisement
Blood Angels Conversions Painting Tyranids
Advertisement 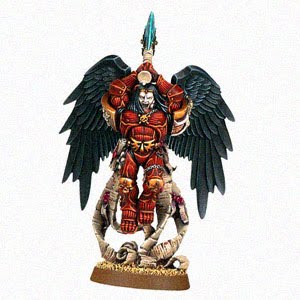