The Most Awesome 40K Character of All-Time 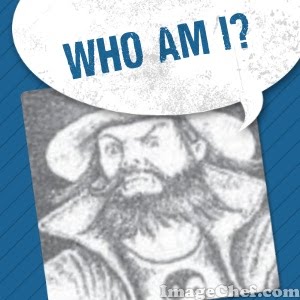 There was a passing line — easily missed — in the original Rogue Trader Rulebook published in 1987. This easily overlooked sentence referred to possibly the most awesome character in the history of the game.

In this article, I’m finally giving rules to the coolest of all Inquisitors — Obiwan Sherlock Clousseau.

Here’s his description from page 144 of the 1987 Rogue Trader Rules: Here’s how I would play him in 5th Edition.

Note: Obiwan Sherlock Clousseau is an Independent Character and may be taken as an HQ choice for a Witch Hunters army. He must be used exactly as described below and may not be given any additional equipment.

Psyker: Clousseau is a potent psyker with unparalleled skill in precognition and telepathy. He has the Nowhere to Hide psychic power.

Veteran Retinue: Obiwan always travels with three veteran henchmen. His henchmen count as wargear and cannot operate independently. Obiwan (and his attached retinue) may join and leave squads and embark on vehicles (as long as there’s room for all models) as a typical Independent Charcter. If Obiwan is removed as a casualty for any reason, any remaining members of his retinue are also removed.

Chirugeon Watson: Watson is an expert physician and has dedicated his life to serving Obiwan. As long as Watson is still alive, Obiwan (and attached unit) have the Feel No Pain special rule.

Arbitrator Dreyfus: Dreyfus serves Obiwan out of a sense of duty, but has no real love for the Inquisitor Lord. Dreyful has the You Clumsy Fool! special rule.

You Clumsy Fool!: Each time Obiwan’s unit is wounded by the enemy, up to three wounds allocated to Obiwan or his retinue may be instead resolved against Arbitrator Dreyfus. Dreyfus is armed with a Plasma Gun.

Inquisitor Anakin: Anakin is a brash and impulsive Inquisitor with an incredibly powerful psychic potential. However, his inability to control his anger often gets him into trouble. As long as Anakin is alive, Obiwan (and attached unit) has the Furious Charge and Rage special rules. Anakin is armed with a Force Weapon. I’d love your thoughts and feedback! If you actually play a game with Obiwan Sherlock Clousseu, please let me know what happened. You can leave comments here or email me at [email protected].