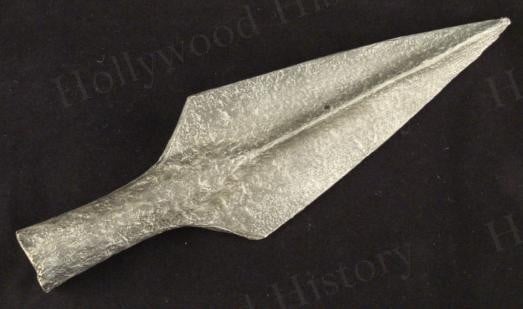 So, how are you all getting on with Spearhead? Have you played many games? Are you enjoying it? In a similar way to the release of Battle Missions, it’s spiced things up a little bit, peaking my interest in gaming again.
After the mammoth gaming weekend last week, this weekend was a far more placid affair, with just a single game, albeit a 2v2, 3000pt a piece game. Despite the scale of this, and playing on a 6’ x 8’ table, the game lasted only a sliver over 3hrs, proving the pace of these Spearhead games. The result was a narrow win (3 objectives v 2) for the combined forces of the Inquisition and the Imperial Guard over a double Chaos force.
From the games we have played, and some chatter with our opponents and other players, here are a few of the spearheads we have used to great effect, and a few general tips.
Skyfall Spearhead – 3 Vendettas
With 6 Twin-Linked Lascannon shots, able to fire at 6 different targets, and against the side armour, for 45pts!? So many IG players have a Vendetta or three nowadays, that this was by far the most popular spearhead formation going. There really isn’t a lot you can do to combat it, as you can’t protect the relevant armour facing. In one game, this formation destroyed 3 predators and an Ironclad, and stunned a Land Raider, all on the turn it arrived.
Ambush Spearhead – 3 Defilers (4CCW)
I’ve seen this done with Defilers, and I’ve done it myself with Blood Slaughterers (if you use Forgeworld rules). This allows you to put three big, scary walkers close enough to your opponent to get a turn 2 assault. Stealth helps keep them alive for the turn before too. My best experience with this was using it to deploy the aforementioned Blood Slaughterers on a flank and watching them rampage through 4 Leman Russ tanks and a Valkyrie before being destroyed, allowing my Berzerkers to sweep round the flank uncontested.
Tank Hunter Spearhead – 3 Hellfire Dreadnoughts (TL Lascannon and Missile Launcher/TL Autocannon)
After Skyfall, this was the most popular spearhead formation choice. It’s a little unsubtle for my liking (I’m starting to prefer those that offer different deployment options), but it is certainly effective and so I’d never write it off! The choice of unit depends on whether you are expecting to face AV14 or not. In our doubles game against Chaos, we thought this would be the case, so I took the above. These proved to be highly effective, with their high accuracy, 48” range, (using effective strengths) S10 Twin Linked shot and either a S9 or 2xS8 shots as well. Others used War Walkers, Leman Russ, Ordnance Batteries and (you guessed it) 3 Vendettas to great effect in similar roles. Generally, this is a better option that the similar Archeotech, unless you think you will be shooting at non-vehicle units.
Seek and Destroy – 3 Vendettas
As an alternative (or in addition to if you particularly evil) to Skyfall, this one can scoot your skimmers around an enemies flank to get those side/rear shots. One IG player used this to get within range of his opponent’s 3 Manticores that were systematically wiping out his other tanks. While not getting the side armour shots associated with Skyfall, it did avoid the dangers of deep striking these key units. Remember that this spearhead only counts as moving at combat speed for the purposes of shooting, so passengers cannot disembark if it moved flat-out, one player missed this and in my opinion it cost him the game.
A few general things we found while playing:
Remember spearheads are not squadrons – So they have to be targeted separately, get to split fire and do not have modified damage results. Of course, the exception to this is spearheads made up of squadrons!
Don’t over-split your fire. A lot of people got so excited about being able to fire an extra weapon at a different target, that they didn’t send enough firepower into their primary target.
Print the spearhead formation cards onto some thin card, cut them out and place them next to the appropriate spearheads on the board (we reduced ours so each would fit onto a piece of A6, so about 6”x4”). It makes it so much easier for you and your opponent to identify which is which, and look at the appropriate rules.
Make sure your board is appropriate for the size of game. We had one 3000pt game on a 6’x4’ board and it felt far too cramped.
Increase the points level a bit – it just doesn’t seem to work under 2000pts, and is best around 3000pts in our opinion.
Remember what counts as scoring, so drop-podding Ironclads in turns 3 and 4, outflanking sentinals and deep-striking Monoliths are all viable objective grabbers!
Above all, don’t take it too seriously. There will be turns where your army just misses everything, or gets blown up left, right and centre by an outflanking or skyfalling spearhead. Just accept it, get on with it and get them next time! Something we have found is that Spearhead is even more unbalanced that regular 40k, and it just works better if you and your opponent are there for a fun game as opposed to a WAAC one. 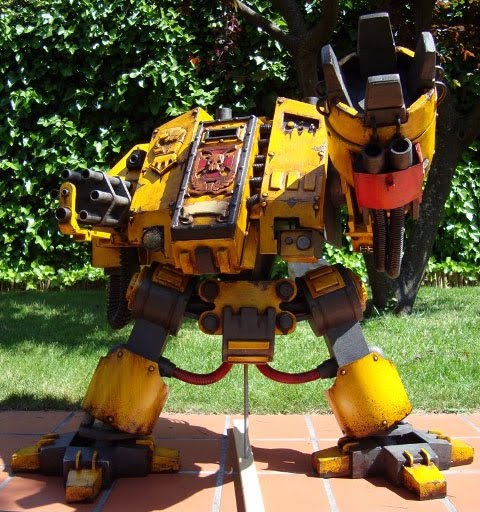