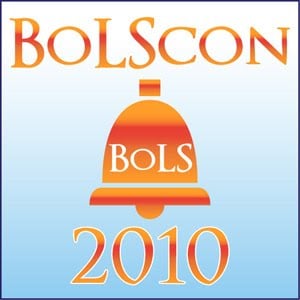 There is a lot of excitement about our Friday Pairs Tournaments for BoLSCon this year, and the evil schemers have already been hard at work, developing bizarre and effective combinations to rule their respective wastelands. I’ll answer some of the Frequently Asked Questions for Fantasy and 40K below.

Here are some of the questions for the Fantasy Pairs that I think are worth covering:

Although you have two separate 1250 point armies, for many purposes of the game, they are one army. This means there are one General and only one BSB available. This also means that each player follows their army construction rules for a 1250 point force, with the exception that one Hero choice can be replace with a Lord choice for one of the two players. If both players follow the normal guidelines, you end up with a force of up to 6 characters (one Lord), 4+ Core choices (2 from each army), 6 Special choices, and 2 Rare choices.

An army that has a Dwarf contingent gets 2 extra dispel dice.

If the General of the army is not a Vampire, he still is the General for purposes of the Vampire Counts special rules.

Characters may only join units from their Army Book. Sorry, no Banner of Hag Graef in your Plaguebearers.

Chaos Warshrines, Cauldrons of Blood, and other similar abilities can be targeted on any friendly unit. The Giver of Glory ability of Warshrines will still only allow Warriors of Chaos units to earn rolls on the Eye of the Gods table for defeating appropriate enemies.

If you army General is Bretonian and you take the Blessing, your whole army is blessed by the Lady.

Panic is treated normally, with all units from your army being treated as friendly. So, odd as it may sound, a unit of Plaguebearers being destroyed near your Bretonian Knights might cause the knights to Panic.

In the 40K area, the questions revolve around Independent Characters and Transports. Here are some questions that I think more than one person might ask:

Independent Characters may only join units that they would be allowed to join in their Codex – so either units from their own Codex or units / characters affected by Inquisitorial Allies rules.

Similarly, units may enter any vehicle that appears in their own Codex, even variants. Thus, Chaos Space Marines would be able to get into a Land Raider Redeemer (as would Dark Angels) purchased by their allied contingent.

If both contingents are from Codex: Space Marines, you may only choose one Chapter Tactic to replace Combat Tactics with – no mix and match.

Vulkan’s special rule affects all appropriate weapons in both contingents.

A unique character may appear only once in the combined army – one Lysander, one Doom of Malan’Tai, etc.

Unique equipment can appear in each contingent – so you could have two Dark Eldar Shadow Fields, for instance.

And a note for all participants:

For both tournaments, I’ve already fielded some questions that make it important to remind players that the point of the pairs is to do interesting and fun tricks, not to craft the most horrible abomination of a list you can come up with. Yes, it is possible to make two IG armies with a total of 6 Psyker Battle Squads. Yes, I will do something terrible to you (and maybe to your armies) if you do so. Do not get me wrong – I am not saying you have to play some sort of fluffy bunny list, but I am asking that you review your list and consider if you would have any fun playing against it. If the answer is no, then tweak things around to make it more fun for your opponent.

Goatboy's 40k Thoughts: How to Best Use My Threat. 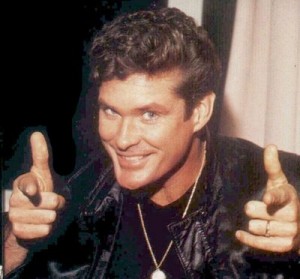