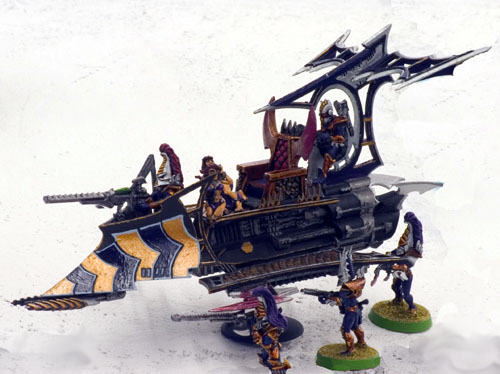 Internet chatter says the real hallmarks of the army as a whole won’t be its overall speed (but tons of fast skimmers isn’t exactly a surprise) but the prevalence of poison weapons and this “pain track” thingy that has popped up over the last few months.

It is described as being vaguely similar to the Epidemius powerup chart, but is tracked on a per squad basis based in some way on the killing of the enemy.  So the more a unit kills, the more special abilities it gets. ~That description would seem to suggest a little bit of on-table record keeping, but we already use tokens for things such as markerlights, so its not exactly a foreign concept for 40k.

Mandrakes are also said to be in and have a robust set of sneaky/stealthy USRs, and decent invulnerable saves.

Also check out this latest from: ‘The Hawk’ at Librarium-Online

For all fo you Wych Cult fans out there, you would be delighted to here that Lelith is in, an is getting totally redone. Whatever is not being dropped is being tweaked. Hopefully we will finally see a 4+ invulnerable save in close combat like NORMAL Wyches this time.

I don’t want to dampen anyone’s day with this next one, but there is rumors that there is going to be a Khemri release out soon. This means to coincide with Warhammer Fantasy release, that the anticipated Tomb Kings will be set. I am so hoping that this happens AFTER our release, and that for the… (counts fingers) 23rd time we are not postponed!

Grey Knights are all but confirmed for a January release which leaves plenty of room open for us to breathe. Necrons may be due in March/April next year as well. But you know GW. The DE could be replaced with the Necrons. 99% chance of not happening, but there is still room open for us to have all of our air sucked clean from us.

And in great tradition to keep up with what the DE are all about, Grotesques are in, depsite popular belief, and there rules are suppossed to be so that even Marneus Calgar will go home crying to mommy. Hopefully we get to see a LD check and modifier that ignores Fearless and Stubborn, and actually works!

Some great new Special Characters are making appearences as well. And the existing ones are either getting entirely new models ( sucks to be those that own Vect ), or being removed utterly. If trends are to kee continuing, we should be seeing 2-3 of our existing ones kept, with maybe 4-5 new ones being added.

And thank Slaanesh, it seems that Kruellagh is being removed!

Nothing game shattering here, except if we see some high profile SCs being included.

~Standard caveats on all of this, but the smart money still says to look to the late fall for a release slot.  To be honest, a lot of these design concepts have a very Cryx kind of vibe to them…  Just saying.

Author: Larry Vela
Dad, Gamer, Publisher, Pilot, Texan. All games all the time since junior-high. I started BoLS Interactive in 2006. I’m a lifelong tabletop & RPG gaming enthusiast, and internet publisher working to entertain and inform my readers every day. I've been playing RPGs and Tabletop Games since the 1970s. I'm been playing and covering Warhammer and Warhammer 40K for over 35 years.
Advertisement
Dark Eldar - Drukhari Warhammer 40k
Advertisement 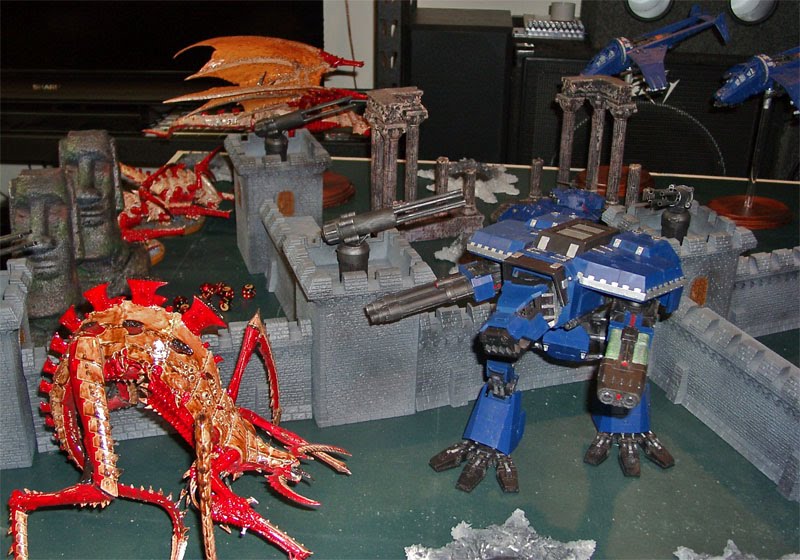