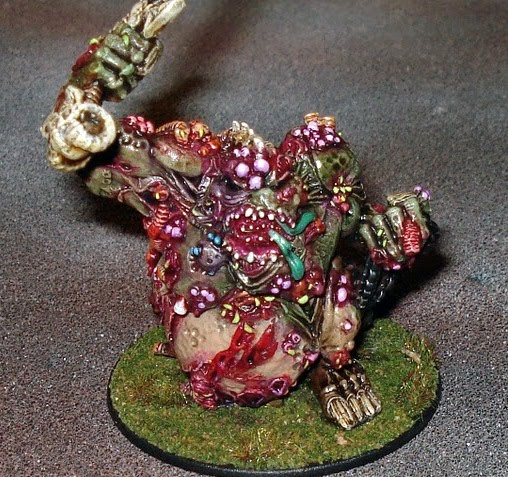 Greetings again, boys and girls, Unicorns and children of all ages!  Brent here, on loan from Strictly Average to preach ‘n’ teach competitive play in 40K.

If you’re curious, this little tidbit of media-rich content started as the continuation of my series on Daemons but became a touch more generalist… so it doesn’t count!  Consider it a freebie.

Still, you’re in high school now, meaning I’m going to assume you have a certain level of knowledge on the topic of competitive play in 40K, leaving me free from the chore of spelling out basics covered ad nauseaum elsewhere in the Blogosphere… and probably better than I’d cover it here. As an aside, Larry (you guys can call him Big Red, but I call him Larry ’cause we’re tight like that) went and made me an Elite Blogger!  I don’t feel any different – I’m doing the lame crap I’ve always done – but it probably hasn’t set in yet.  He left me another memo, too.

He’s such a kidder, ain’t he?  Still… and I don’t mean this to sound ungrateful, but I think he’s carrying it all a bit too far.

Isn’t it awkward when someone persists with a joke long past the point it’s funny?  It must be a character flaw or something, but let’s spare his feelings and keep it to ourselves.

Moving on, the theme is high school, and while we all hate work it’s necessary to graduate.  In a nutshell, do your homework, practice your game, and embrace experience, and you’ll be kicking butt in no time! Here’s an important point before we move on.  I don’t normally name-drop Internet Personalities in my writing – unless there’s an advantage in it for me, of course – but it is appropriate for this article so I’ll do so.  I find I must warn you, my little chickies, before I send you off on your own: despite the small pool of hobbyists who inhabit Ye Ol’ Blogosphere, we as flawed humans still can’t keep our prejudices out of the pasttime we love.  It can be contentious out there.
Do Your Homework

My local store ran an event last year I called the Army Build Project.  Basically, we each rolled random 40K armies to build and play from the ground up, starting from 1000 points and eventually ending with 2500 Hard Boyz armies.  When I rolled and got Daemons, I wasn’t happy… to say the least.

Still, I’m stubborn and stuck it out, and it was literally the best thing to ever happen to my game.  I played nothing but Daemons every week for 9 months.  I threw out everything I thought I knew, flushing my preconceived notions and trying out dozens of unit variations.  Where others grew bored with ‘better’ armies, I stuck it out, consequently winning 1st place in 3 of 6 local tournaments against strong competition.  At WarGames Con this year, I leveraged all that experience to become the Best of the Worst in 2010, a title I find highly appropriate!

Daemons have problems – there’s no getting around that salient fact – but  there’s no substitute for knowing your army inside and out, from every angle in every scenario against any opponent… and it should be obvious that’s good advice for any army.

JWolf wrote something once which influenced me greatly.  He said when he and Darkwynn were practicing for the Gladiator they’d play the first two turns of a game then switch things up and start over… and over… and over..!  They did this hundreds of times, and if you don’t know the result they achieved go look it up.  The importance of opening play can’t be exaggerated; quite simply, many people would make that leap to another level of play if they knew how to properly deploy – or not deploy, as the case may be – their armies.

All giddy and excited, I mentioned this to my friends and consequently we agreed to give it a try.  I urge you and your buddies to do the same, even if only for a night, and I think you’ll be surprised how dramatically different opening positions can affect the same game.

Embrace experience: this is the Internet!  You’re simply spoiled with choice for great blogs and forums, and while there’s a lot of noise it’s worth wading through for the gems.

When you find a promising source don’t be afraid to write an email asking for help or an opinion; believe me, you aren’t upsetting the author.  It’s why blog advertise their email addresses; you’re just giving them a blog post, all wrapped up and easy!

This is just my opinion, but I’d avoid asking similar questions in forums (unless it’s the Bell Lobby, of course).  It seems like differences of opinion can be contentious, and pretty soon you’ve got dudes you’ve never heard of arguing for 20 pages about stuff you don’t care about.  That’s great for Friday Night Internet Fights, but not so great for getting you help.  Don’t get me wrong – I’ll lurk forums all day long, looking for ideas to steal write about and ways to improve my game – in particular, there are IP’s whose stuff I’ll look up for study, such as Dash of Pepper, Hulksmash, and Blackmoor – I just don’t participate.

This is a suitable spot for talking about netlists.  In case you’ve been living under a rock, the Internet is rife with lists.  Hundreds of lists.  Thousands of lists.

God help us, there are lists everywhere!

I’m of two different minds on this topic.  On the one hand, it’s an important resource for study and can greatly improve your exposure to ideas.  After all, the last thing you want to do is show up at an Indy all surprised about the common builds your buddies at home just never used.  Still… don’t take the lazy way out.  It’s foolish in the extreme to download a netlist and build it exclusively.  It’s fine to work toward a concept, but an army doesn’t become your own until you’ve learned how to use it.

I follow my own advice, folks.  When I began building Daemons, I was fortunate to receive good advice from a local friend, Evil Homer, and YTTH. You can see from the original list, that my ideas on what works have deviated significantly along the way.  Still, there’s not denying I was heavily influenced in my use of Fiends and Plageubearers in the core approach, and keep in mind this was during a time when Blood Crushers were considered the optimal route for victory.

This example is pertinent in discussing the second meaning of embracing experience; it’s great to be open to the experience of others, but you’ve got to learn to trust yourself and your ideas as well.

Sticking with the example, I had a goal in mind but didn’t try to build it all at once.  I started out with a 1000 points and began playing games.  I learned what worked and what didn’t as I continued to experiment with different units.  As we added points each month I was able to try new things, and through this trial and error I adjusted my army – because an army becomes yours as you play it – to fit my ideas and style of play.

As the Daemons took over my shelf, I tried out fresh ideas even when the prevailing opinion, locally and online, was it sucked.  In most cases, I simply reaffirmed why it didn’t work, but in some few cases I learned something new others have overlooked.  I’ve argued my position on such subjects over the past year, to no great effect, but I won’t give up.  If I’m convinced I’m right and everyone else thinks I’m mistaken…

…well then, I’m sorry you guys are so wrong!

I’m not needlessly stubborn.  I’m very quick to embrace necessary change, but my point here isn’t how awesome I am (that should be readily apparent) I simply want you fine folks to have faith in your ideas.  Don’t defend them past the point you’ve been proven wrong… on the table.  That’s where the rubber meets the rolling stoner – or something.

The sad truth is many of the arguments you’ll come across are needlessly rancorous, since a given unit’s potency changes based on the synergy of the list, the use to which it is being put, and the region in which the army is played.

It’s time to wrap this up though certainly we’re nowhere close to exhausting the subject.  Remember our theme?  You’re in high school now; if you want to succeed it’s time to do your homework.  By its nature, Bell of Lost Souls hits the high points of numerous topics covering a wide range of games; due to the sheer volume of hobbyists it reaches, it can’t afford to specialize.  So while the Internet it large our hobby is small – it shouldn’t be a problem for you to find great sites to kickstart your studies.

Don’t be shy; let us all know what you think!  How has the Internet improved your game or changed the area you play in?  What are your favorite hobby or advice sites?  As a final word, I’d like to thank the Warmaster for his valuable input in this series.  He has a different perspective on several Daemon’s units, and while I didn’t cover it this article I will next week. 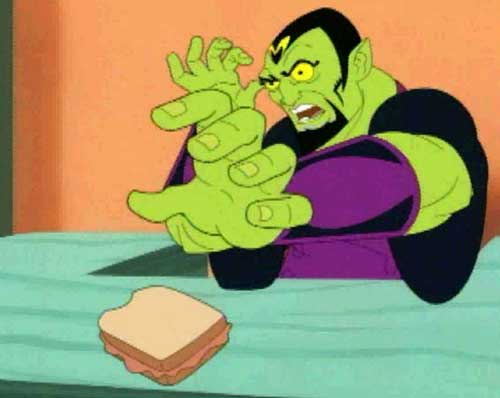