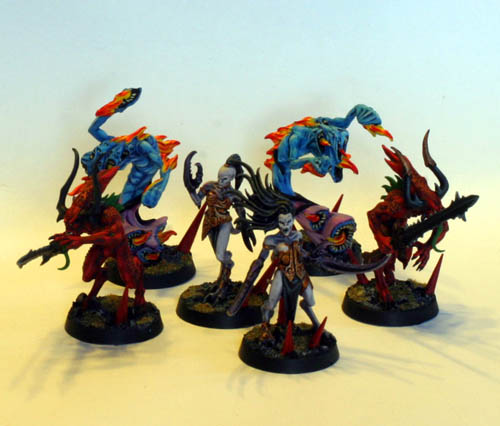 Today we are going to try something a little different.  Lets look into some army match ups and how to fight your way into the winner’s circle.  Chaos Daemons face Space Marines more than any other and here’s some tips to how those Astartes who’s the boss!

Ok first things first.  As a Chaos Daemons player you have many things to consider when facing the Astartes.  The quality and range of their weapons, how they deploy, vehicles, but above all else you need to focus your eternal intellect on one paramount item – Where is the Null-Zone Librarian and what steel coffin is his doomed soul hiding in?

More than anything else in an Astartes army, a Null-Zone Libby WILL tear your force into little shreds fleeing into the Warp if you don’t deal with him immediately.  We will build our army and tactics expecting him to be embarked in a vehicle of maximum potency, say a Land Raider moving forward to position itself near your forces yet difficult to assault.  Surrounding this will be tons of the Emperor’s finest on foot and in vehicles ready to lay into you as you arrive.  Here’s the things to keep in mind:

First, Kill the Libby
Heralds in Chariots are still your HQ friends. Tzeentch Heralds in chariots are fast and nasty enough with Breath of Chaos and Bolt of Tzeentch to cause havoc to Space Marines if left unattended.  At first you will want to pull these back and nip around the edges until the Null-Zone Libby is dealt with, then get in there and start burninating those isolated squads you can catch off guard. Above all else, stay out of assault.

Khorne Heralds in chariots however are perfect to soak up the fire and ride straight into the foe.  They are cheap, lethal, have power weapons and simply cannot be ignored.  So while these guys are full throttling into enemy lines they are drawing fire off of the best can openers you can get to dig that Libby out of his shell…

Soulgrinders, specifically with Tongue aren’t the greatest, but they are your BEST bet in the codex at knocking the stuffing out of moving vehicles at range and getting that thrice damned Libby out on foot.  One or two of these will leave a Heavy Support slot open for you other shock trooper, ready to send our hated foe into the Empyrian…

A Nurgle Winged Daemon Prince with Noxious touch and Iron Hide is a nasty piece of work, perfect for hacking down almost anything (maybe even Mephiston), wounding on a 2+ with no saves.  Just what marines don’t want to see anywhere near them.

Screamers while normally being sub par do count as meltabombs and are quick, so in a pinch they might also be added to the anti-vehicle strike force.

After he’s dead…
So now you’ve focused your forces and dealt with the Null Zone Libby like a good Daemonic General.  Now its time for cleanup, objective taking and general smacking.  For dealing with the Astartes that means as many power weapons on offense and durability on defense.  Your choices from the Troops/Elites choices are obvious.  Bloodletters/Bloodcrushers (your choice) up front with the Khorne Heralds will kill whatever they reach, while minimum sized Plaguebearers hunkering down on objectives going to ground are a pain to shift.  Especially with those Tzeentch Herald chariots and winged Daemon Prince you’ve held back scampering about burning down exposed squads and vehicles.

Now you can certainly mix it up a bit versus the Emperor’s glory boys in the army composition department.  Fiends are still a solid choice, but lose much of their lustre versus that 3+ armor.  Flamers are always dreaded by the Astartes but are pricey and often deepstrike out of position.  Your mileage may vary with these, but to each their own.

~I hope these thoughts will help you bring ruination upon the Emperor’s forces.  Go forth and despoil!

Author: Larry Vela
Dad, Gamer, Publisher, Pilot, Texan. All games all the time since junior-high. I started BoLS Interactive in 2006. I’m a lifelong tabletop & RPG gaming enthusiast, and internet publisher working to entertain and inform my readers every day. I've been playing RPGs and Tabletop Games since the 1970s. I'm been playing and covering Warhammer and Warhammer 40K for over 35 years.
Advertisement
Chaos Daemons Space Marines Tactics Warhammer 40k
Advertisement 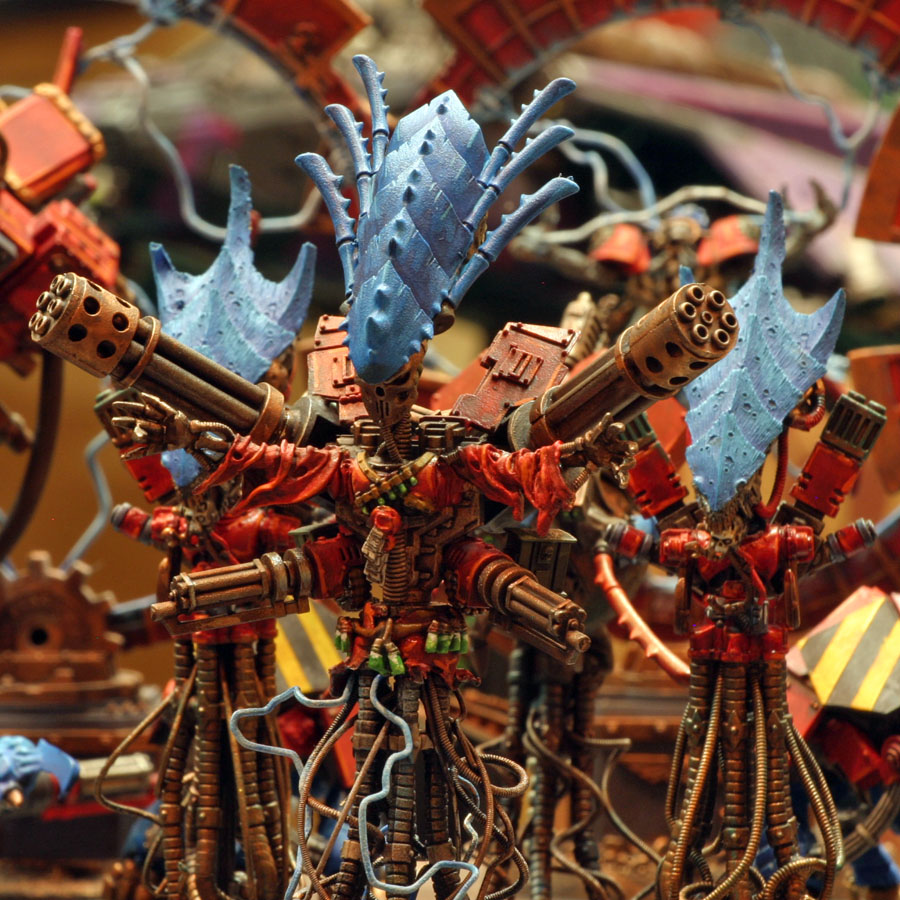