On paper the Tomb Spyder looks like a much needed Necron anti-assault role. But is it really?

On paper is looks like something to charge into that group of Marines looking to cut down your legions of Warriors in a sweeping advance. The problem is, using the Spyder in this manner will only lead to disappointment despite its T6 and monstrous creature status. It’s pitiful number of attacks when combined with a lousy WS along with low wound count and no invulnerable save doesn’t make it a counter assault unit- even with pooping out a unit of Scarabs. So what role do they have, and can they help out your list with a few tactical changes?

When considering Tomb Spyders you have to look at the other units in your list as the TS competes with the valuable heavy support slot which also included Monoliths and Heavy Destroyers. Load up on Spyders and you might be limiting yourself here. Thankfully you can take multiple Spyders in one slot, often leaving two other slots for the Monoliths and Heavy Destroyers.

Tactically, Tomb Spyders do three things- they expand your WBB nexus, the suck up shots with a little coaxing, and with some adjustment they act as a speed bump unit.

Let’s start off by looking at the WBB nexus. While the newest 5th edition codexes all have troops that can actually do something other than holding objectives, Necrons are still locked in a 3rd edition/4th edition mindset. When playing Necrons you want to do the opposite of the newest codexes- you can’t afford to spend your points on Warriors who really don’t do much. Rather your points need to be spent on stuff that actually does something killy- like Immortals, Destroyers, scarabs, etc. Two Warrior groups to satisfy the force org chart is sadly standard for ‘crons right now despite the pictures in the 40K big rule book. True this is playing it close, and limits the army, but hey it’s Necrons right? Utilizing a Tomb Spyder helps out with this…

With only two Warrior groups we run into the WBB problem- keep them close together to get the WBB roll if a unit goes down means you have a blob of Warriors that can be targeted and taken out in a multi assault sweeping advance. Throw in a tomb spyder into the center, expand that WBB range and now you are not as vulnerable. The extended range of the TS helps keep the Warriors up and running…

Spyders are also great at sucking up shots that could, and arguably should be going against your Destroyers and Immortals. Abuse the mixed toughness rule by creating a Scarab swarm and get the swarm into cover- now you have two S6 models and a monstrous creature that gets a cover save, something that would bring a tear to Swarmlord’s eye. Put that spyder out in a place where your opponent wants/needs to shoot at it to buy your other units a few more turns…

And finally there is using the Spyder as a counter speed bump, and not as a counter assault unit. If and once your opponent get’s past your other units and is heading to the Warriors, position the Spyder so that it is in between the incoming unit and your warriors. Spawn another Scarab swarm for wounds and unit size, surround the incoming unit as best you can and then wait…don’t assault…

The reasoning here is that if you assault, your opponent will wipe out the Spyder and then get a free D6 consolidation move + what they gained in the pile in to move closer to your Warriors, followed by moving and even assaulting your Warriors in their turn.

With the Spyder in front you then run your Warriors away, and let your opponent assault you. They will still get the consolidate but you will be in a better place to react since it is now your turn.

Hopefully this give you some new thoughts for the spyders in your list… Fritz out!

Author: Fred Hansen
Fred Hansens (aka Fritz) is a long time tabletop game player with over a decade of experience. He specializes in Warhammer 40K, both tactics and hobby. He began writing for BoLS in 2009.
Advertisement
Necrons Tactics Warhammer 40k
Advertisement 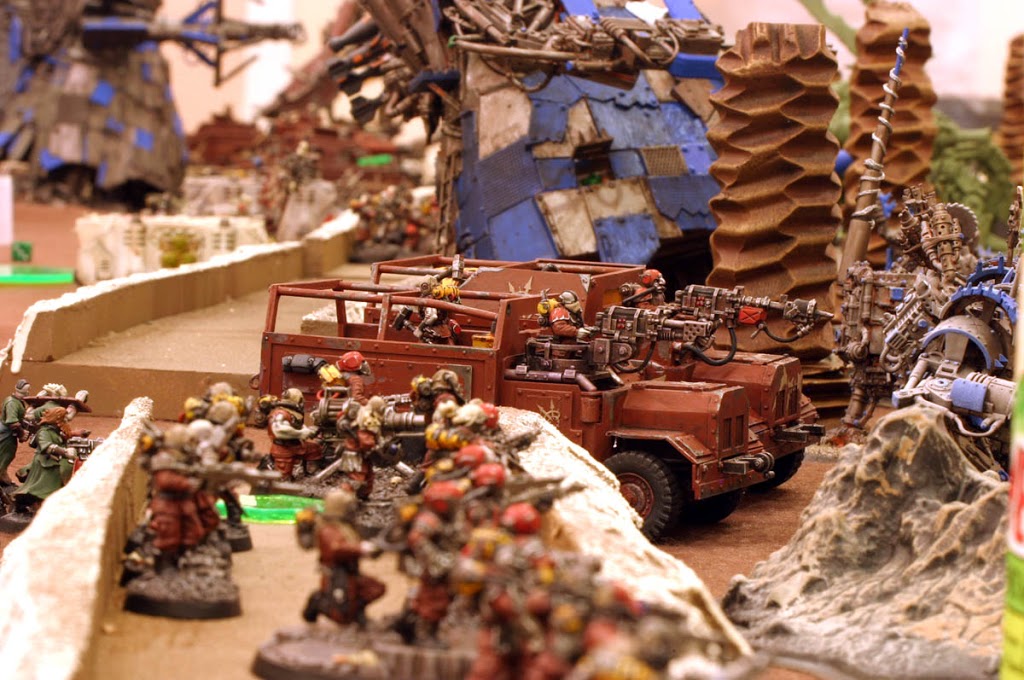