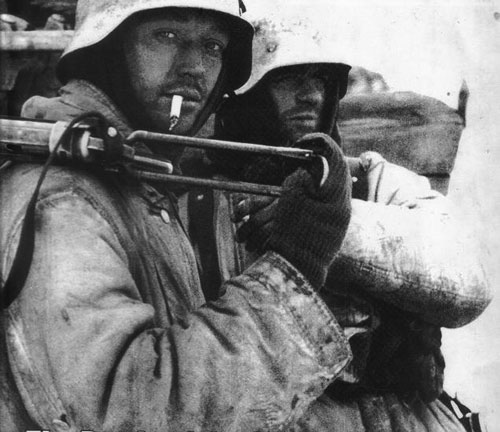 KG Kastner was a special ‘Kampfgruppe’ or what we would now call a Task Force of typically combined arms units temporarily gathered to perform a specific task. KG Kastner’s role was to act as a spearhead for German forces breaking out of the Korsun Pocket in February ’44 where some 50,000 German soldiers were surrounded by 6 times their number from the Soviet 1st and 2nd Ukrainian Fronts.

A few of you might be stunned that a major game company would release real online gaming content – let alone a fairly competitive list – for free from their website, but this has been pretty normal for Flames of War players to experience on almost a weekly basis for the last few years. Battlefront has certainly taken precautions and measures to make certain that all is fair in the Flames of War gaming world. First, they provide online Intelligence Briefings in an easy to read format – they look exactly like FoW books. Second, it is very easy to find the web content, as these list are in a briefing index online available to all without registration from Battlefront’s Flames of War website (flamesofwar.com, “Hobby” tab, “Briefings”) and are categorized by being for the FoW LateWar or MidWar era. Every pdf is also released almost as if a normal – for purchase – product from battlefront with an online highlight and associated articles and this is done when the pdf is put “under review” and when it later becomes “official.”

Prior to being published as official, online the briefings are posted for all players to review and play test. Many have had substantial revision prior to release and all are closely scrutinized by BF staff and FoW players alike. Briefings that are still “Under Review” are labeled so on their cover and just like any army book you must have a copy of the briefing when attending any FoW tournament. Many online briefings, though tournament legal, are not really meant to be serious tourney contenders at all and accompany Axis of Attack Campaigns that assist FoW players game historical scenarios. Others are content meant to accompany campaign and battle books published in hard back form as list that didn’t quite make the cut. KG Kastner is organized much like any other German Grenadier (light infantry) army list in Flames of War.

Essentially just a Grenadier list, KG Kastner brings something different to the gaming table because of its very un-Germanlike attacking capabilities. Historically, KG Kastner used surprise attacks in the cold, dark nights of Winter ’43/44 in order to catch larger Soviet forces off balance. In game terms, this means that a force from KG Kastner is required to attack even tank and mechanized forces in missions where any other Grenadier company would be required to defend. Indeed, KG Kasnter isn’t even allowed to take the big, high AT tanks that supply German players with the ability to kill Soviet armor. StuGs are the biggest meanie of the KG Kastner list and it must rely on its regular Confident/ Veteran infantry to do the brunt of its killing – hardly a match 1:1 against Soviet hordes and heavies. More akin to WWI guns than any of the more modern German guns, the duality of the IelG18 infantry guns provided German Grenadiers with close fire support with its bombardment capabilities as well a point blank ranged anti-tank capability.

So how is KG Kastner able to contend with list that far outweighs it in firepower? Easy, KG Kastner may declare any mission where it attacks as a Night Attack! Night attacks use the Night Fighting rules from the FoW MRB that are also on pg 5 of the KG Kastner briefing for ease of referrence. While attacking at night, KG Kastner is able to remain largely unseen (out of LOS) despite being in the open and is concealed even when an enemy unit is able to see. During night fighting, a unit must roll a D6 to see how far it can see (d6 x 4”) then is able to fire at eligible targets in that range fan from its teams. Units are restricted to no more than 8” movement and vehicles must reroll successful bog checks in rough terrain. Being that KG Kastner gets the German universal special rule of Stormtroopers – an additional 4” move in their assault phase if not assaulting – and must be hit on a base of 5+ due to being Veterans at night are able to quickly close distance to static defenders and get into assault distance. Nightime last until the defender’s 3rd turn at least and so KG Kastner is able to perform its rapid movement to assault quickly if you move with a purpose.

German Pioneers are still the best way to burn/ pin/ assault the enemy anchored on an objective. KG Kastner allows you to take 2 Pioneer platoons.

Once in assault distance, units from KG Kastner should concentrate all their firepower into the platoon(s) holding the enemy objective in its FIRST shooting of the game in order to thin ranks prior to assaulting and pin them down to lessen their defensive fire in the assault phase. Any firing at the enemy prior to the turn you assault only allows the enemy to see you at any distance during your night time movement. If you can be seen, it will be easy to target your densely packed infantry platoons formed as a schwerepunkt, focal point, of KG Kastner’s attack. By assaulting with several of KG Kastner’s platoons in sequence against every enemy platoon in the objective area you should be able to push them off the objective and then form a defensive perimeter and be ready to repulse counter attacks in your opponent’s turn.

Enemy armor in the objective area can be a problem, but remember to use your AT guns against them as they have probably been trying to fire at you during your march in the darkness and, of course, burn them with flamethrowers. Assaults with panzerfaust – predecessor to the RPG – is the final word when killing tanks, so make sure you mix it up with the armor or it will punish you later. Smoke, burn, pin, then assault – it’s the tried and true way for a successful assault, and KG Kastner makes it that much easier when you are already considered concealed.

This type of assault tactic is far from unique to just KG Kastner in FoW, but the capability to move >30” of board distance under cover of darkness – guaranteeing concealment from defensive fire in your assault – certainly is. Often, the actions of one man can secure your win on the battlefield.

The KG Kastner pdf has yet one more trick to be revealed – Major Robert Kastner. German KG’s were often named for their temporary commander and KG Kastner – despite being the better part of a division’s assets – was under Major Kastner. In Flames of War, Maj. Kastner is a higher command team that is also able to reroll test for motivation like your CiC and is also able to convey several skills directly to platoons he is attached to. He is able to pass test to make Stormtroopers moves on a 2+, convey cautious movement to his platoon (making their base to hit a 6 when concealed even if moving), and he can bring one platoon closer to the enemy prior to the game starting. Coupling his abilities to KG Kastner’s night attack ability means that those flame toting pioneers are that much easier to get within assault range!

Given that online pdf’s from the Flames of War website are often more historical in nature, what force or unit would you most like seen as an online pdf army list? Most of us probably just said, “Easy Company, 506th in our heads,” but what about Soviet Guards Kossacks, Nisei of the 442 RCT, or Royal Navy Marine Commandos? They’re already there!


Given the cost it requires to get into a new gaming system, does a free yet competitive list like KG Kastner – or knowing that more like it will come – make FoW a more attractive game to play?

Author: Larry Vela
Dad, Gamer, Publisher, Pilot, Texan. All games all the time since junior-high. I started BoLS Interactive in 2006. I’m a lifelong tabletop & RPG gaming enthusiast, and internet publisher working to entertain and inform my readers every day. I've been playing RPGs and Tabletop Games since the 1970s. I'm been playing and covering Warhammer and Warhammer 40K for over 35 years.
Advertisement
Flames of War Review Tactics
Advertisement 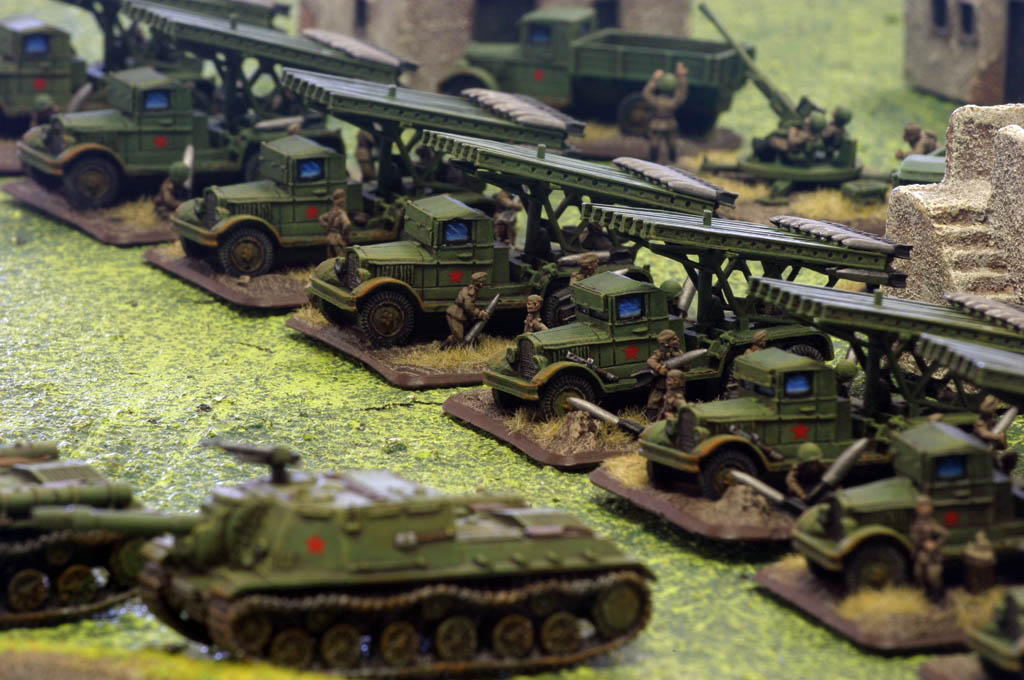