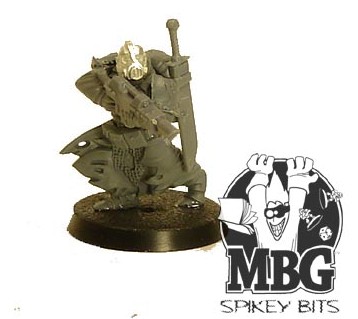 Hey guys, enjoy some Imperial Guard Greatcoat / Traitor Guard conversions.  These guys are easy to convert and will really make your foot troops stand out. You can really have some fun with these conversions because a lot of the parts are 100% interchangeable, and even if you don’t use certain parts on your stock troopers, the extra trimmings can make command sections and sergeants really stand out. This guy was made using, of all things, Vampire Counts bits. The legs and shoulder pads are from the Grave Guard kit. The arms are standard Cadian bits, and the rucksack is a Catachan bit.  The head is from the Pig Iron range called Kolony Militia.  Pig Iron also produces some other great Imperial Guard ish stuff, prefect for renegades and loyalist commanders.

The whole conversion was pretty simple. Just snip off the Cadian shoulder plates and lay the Grave Guard ones on flat. The torso will need a little support as the Grave Guard torso is placed slouched onto the legs. You can fix all this with the addition of ammo packs or other gubbins across the front waist of the model. This trooper was also made with Grave Guard bits, but I used them for both the torso and legs. (You can see now what I was talking about earlier with the slouch) I left the Cadian shoulder plates on this time, because I think too many Vampire Counts bits would have undermined the look. I finished this guy off with another Kolony Militia head. This one was my favorite. When I saw the new Skaven Stormvermin on sprue, I knew they would be perfect for this project. I used the whole torso leg combo, and added Cadian Arms, Grave Guard shoulders and a Flagellant head.  I had to cut down the Cadian shoulders again, but I think the overall look flows very well.  Originally I was going to trim the rat toe claws down and putty up the feet, but I ended up just settling for some knife work to make the new foot shape. I figure if I’m converting up 60-70 of these guys puttying all their feet would get pretty boring. Oh and I had to cut down the tail sticking out of the blouse on the back (Important detail). Here is a roll call picture of my first renegade squad. As you can see the models are an amalgam of bits from both 40k and fantasy.  Some of the bits I used in here that I haven’t talked about yet are Bretonnian Men at Arms, Catachan Legs (command and the troop box), and Forge World Chaos Renegade weapon arms.
I splashed the Grave Guard shoulder pads through the whole squad to keep it uniform, but yet rag tag looking. You could easily achieve a loyalist look by using the shoulder pads from the Baneblade and Valkyrie crew.

The most important thing to remember with a project like this is to start with an idea, but be flexible enough to switch it up a bit overall. Be open if something else comes along and looks good as well.

So put on your thinking cap and get converting! Don’t forget about the new Shock Trooper models from Wargames Factory either.

Author: Robert B
Robert is a veteran tabletop and miniatures gamer, and writer with over 20 years of experience. His specialtiesies are the worlds of Game's Workshop's Warhammer. He began writing for BoLS In 2010.
Advertisement
Conversions Imperial Guard Miniatures Warhammer 40k
Advertisement 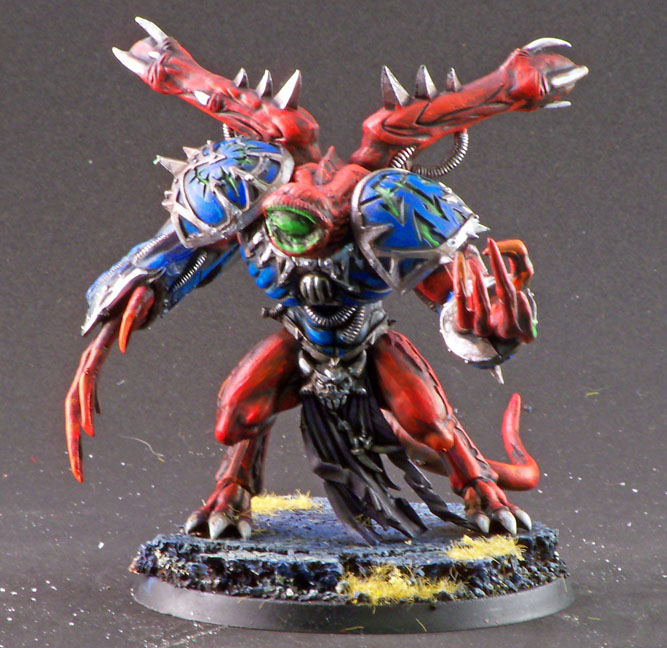