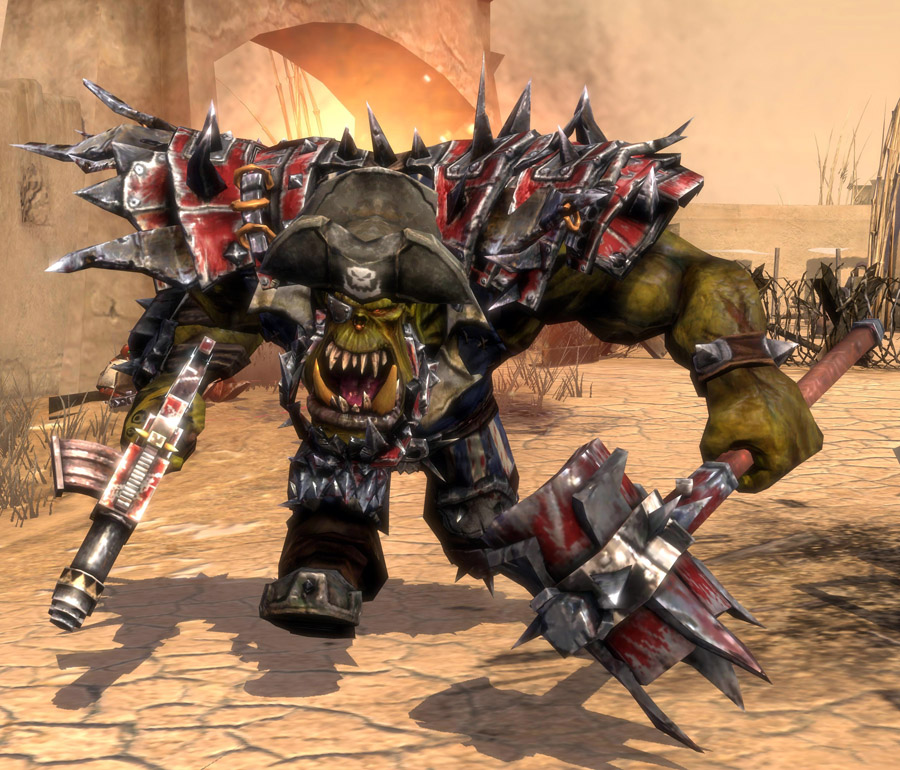 THQ just announced the latest Dawn of War II supplement and it has Orks in pirate hats aplenty!!!  ARRGH! Check out the cool pics and movie after the jump:

Here’s the press announcement and enjoy the video and pics:

Taking place years after the events in Dawn of War II: Chaos RisingTM, this title allows players to choose their perspective with the first multiple-race single player campaign in the Dawn of War II series. The first race to be revealed is the savage Orks, but no matter which race is chosen players will be taken on an epic journey through each story arc, revealing the answers to many questions left open in previous Dawn of War titles.

As well as the single player campaign, RetributionTM will feature new multiplayer units, maps and an entire new playable faction when it ships.

Jeff Lydell, Producer of Dawn of War II – Retribution commented: “We all love the Blood Ravens here at Relic Entertainment, but there are also a lot of fans of the other races and armies out there so we decided that Retribution should allow the player the freedom to experience the campaign from the perspective they select.”

Warhammer 40,000: Dawn of War II – Retribution is scheduled to be released for Windows PC in the first quarter of 2011.

About Retribution
It is ten years since the events of Chaos Rising and Sub-Sector Aurelia has been in a constant state of warfare with the Imperium struggling to retain control. The apparent betrayal of the chapter by Gabriel Angelos and his Space Marines has shaken the Blood Ravens and now the Imperial forces are beset on all sides by hostile aliens. Retribution allows the player to select the race of their choosing in a battle to determine the very survival or destruction of the entire sector. Freebootas – what’s not to love?  Also, did you notice the Inquisitorial “I” in the logo?  Hmmm… Have at it gang.