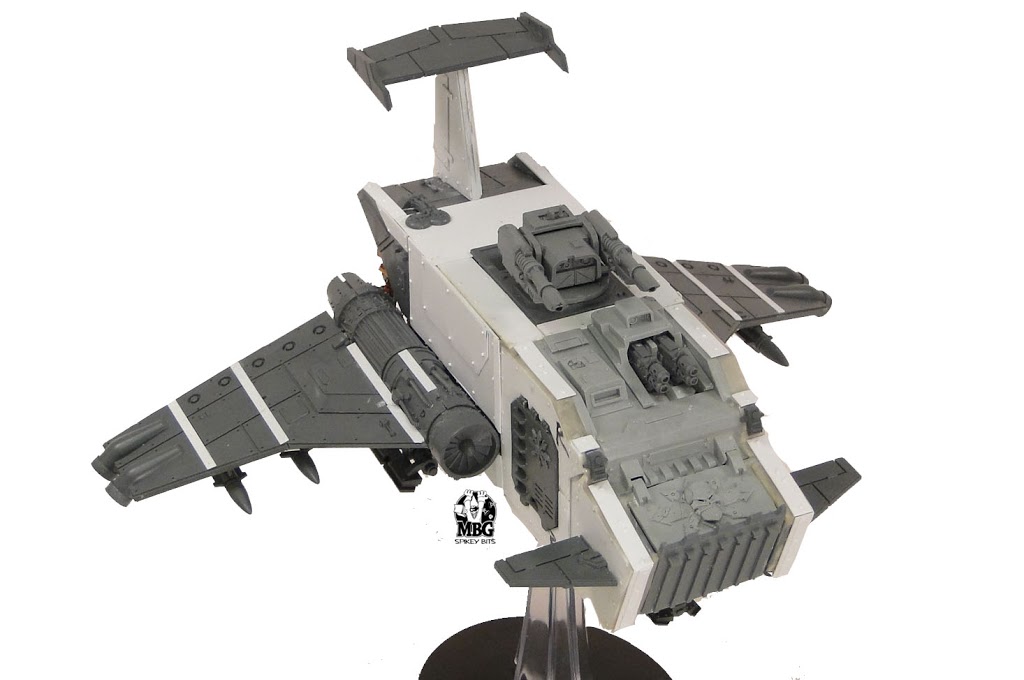 Here again sharing with you my finished Stormraven conversion.  I put the finishing touches on my Stormraven Gunship over the weekend, by adding some landing gear and tightening up a few details that were bugging me. When I started this project I was hoping I could make the gear long enough to touch the ground, while allowing some room for the wingtip thrusters to work.  The gear also need to not be over extended and look pretty mechanical, like it could support the weight of the vehicle. Here is a shot of the gear I converted up.   The rear landing gear is made out of Sentinel legs, and then secured to a Valkyrie skid at a 45 degree angle.  Then I pinned them into the engine mounts to make the style resemble a Thunderhawk.

The front gear was converted from another Valkyrie skid, and one of the wing struts.  Below is a look at the whole vehicle assembly completed. Here are some shots of the finished Stormraven Conversion. So my question to you is; would you like to see me produce a conversion kit of plasticard and foam core so you could make your own flying transport? Of course you would still need a flying vehicle kit to get wings, engines, and more from, but the hard work would be done for you. 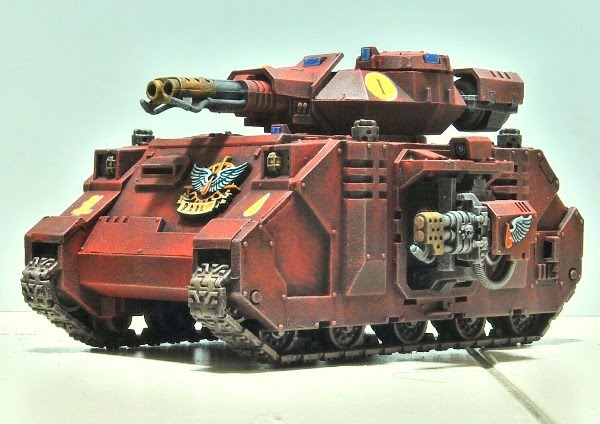