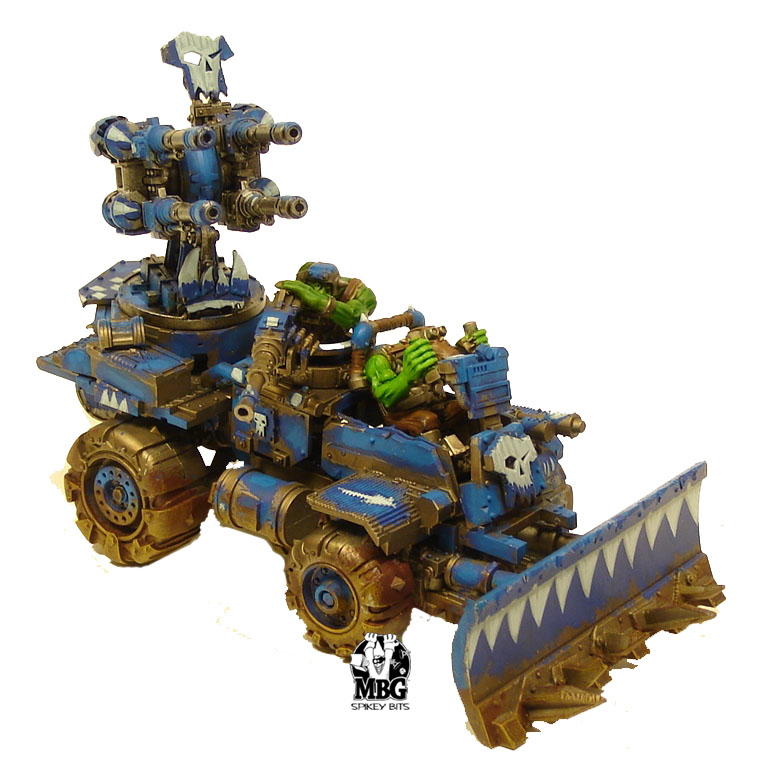 Hi,  here’s another installment in my series of “Hobby Basics” articles. This time I’ll be sharing with you my technique for Orky Vehicle Warpaint.

This is a quick and easy method I use for the white warpaint on my orky vehicles.  The base coat is a foundation color, which is great for going on over the blue paint of the hulls. Step One
Slap on some Adeptus Battlegrey in basic shape of whatever you want. Keep in mind that when you apply the base color you don’t have to get all fancy and neat and stuff, cause it’s the grots that would be doing the painting after all. 🙂

Here I’m painting some warteef- so some triangles for them, and I filled in the skull on the armor plate on the left. Step two
Layer some Codex Grey over top the Adeptus Battlegrey. Remember to be messy! Step Three
Layer Ghostly Grey over the last highlight. With this step you just want to hit the highest most edges to create a little sloppy shading with it.  At this point the warpaint should be the brightest part of the vehicle.  You want the warpaint noticed first, then the rest of the vehicle. That way you draw the viewer’s eyes into the model.  If its not the brightest part you can try mixing in some white to the Ghostly Grey and it should help. Step Four
Now you gotta shade the warpaint a bit.  All I do it just take some Mordian Blue and trace the edges of the shapes. I left the bottoms of the triangles open and messy, but you could trace them too if you don’t like the look.  The skull is left as is, because being recessed it formed shading on its own.

So thats it.  Orky warpaintz.  The best part is this method works well over red armor as well. Just use Mechrite red to shadow your warpaint instead of the blue.

Author: Robert B
Robert is a veteran tabletop and miniatures gamer, and writer with over 20 years of experience. His specialtiesies are the worlds of Game's Workshop's Warhammer. He began writing for BoLS In 2010.
Advertisement
Orks Painting Warhammer 40k
Advertisement 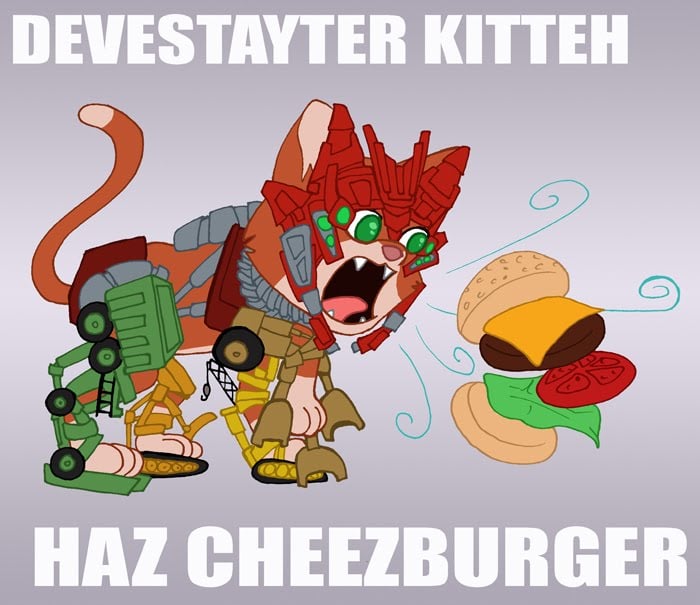