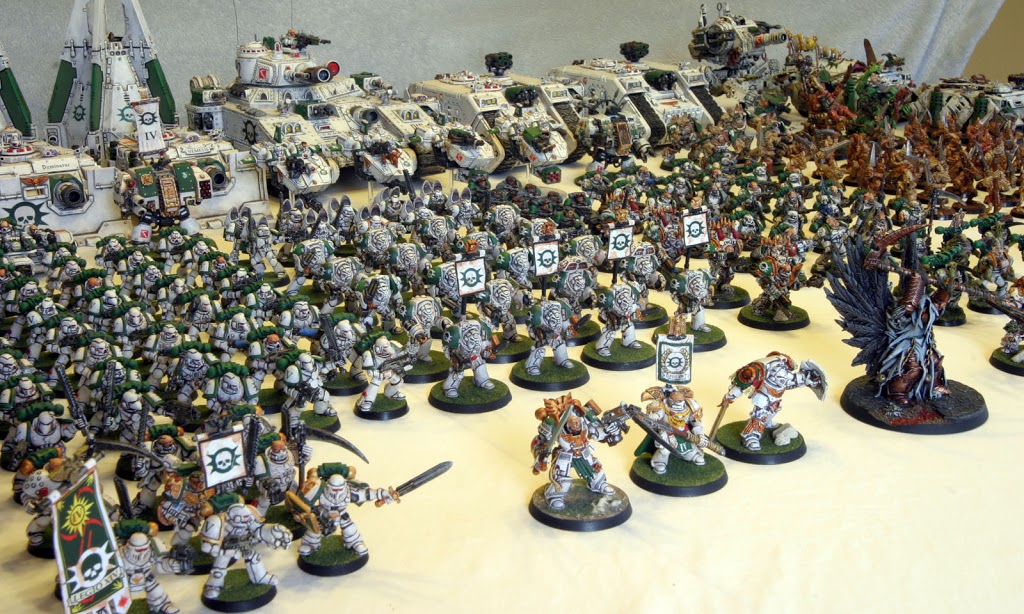 Hi folks.  following up on the big army overview, I’m here to show off a bunch of the promised closeup shots of my beloved Death Guard army.  Today lets look at the loyalists.

I’m up to 289 models (17 added since last time).  What a lot of you don’t know is that this is pretty much the army that is responsible for BoLS.  Back in 2006 I wanted to do something really different for my next army.  I was so tired of the endless parade of black armies that I decided on white as my army theme. White is so rarely seen, and really pops visually on the tabletop. I also wanted lots of hard to find bitz and custom decals.

Looking around left me with two main choices, the White Scars or the Heresy-era Death Guard.  It really wasn’t a choice at all 🙂  If you go back and look at some of the first BoLS posts they were basically just a journal of my start of this army and as other friends and writers slowly joined in, the website grew into what it is today.

So back to the minis. As you can see I use the Roman numeral IV on the right shoulderpad. In keeping with my research, that makes this army a part of the Death Guard 4th Grand Company under the command of Captain Ullis Temeter (seen wielding a power-scythe in the middle of the bottom-most picture).  These men fought loyally for the Emperor before being betrayed and virus-bombed on Istvaan III by the Warmaster.  Being Death Guard, most miraculously survived, and fought on the surface to the last man, against rebels from their own legion and those of the World Eaters, Emperor’s Children, and Sons of Horus.  As good and honorable a death as any Astartes could ask for. ~Traitors coming up in the day ahead, and yes I KNOW…the bases.  You try going back and re-basing 300 minis 🙂 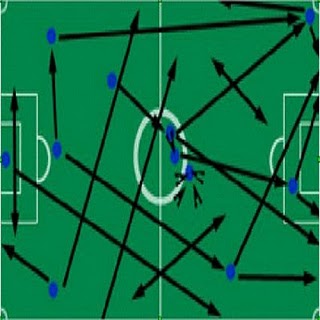