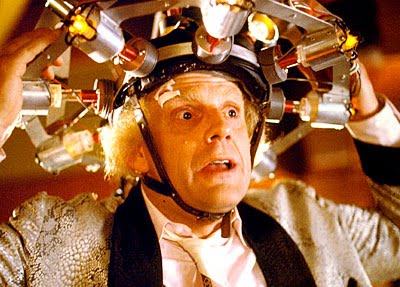 As you know, I can really never leave an army alone. 2 years ago I first created my Fabius Bile army as a fun build to give me a challenge to do well with as well as hopefully giving my opponents a decent game. The army was a rush job that went well enough but I was never really satisfied with the design behind it. But that has all changed this month…

Fast forward to testing and designing for the upcoming Da Boyz GT in Rochester, NY and I went back to my old Fabius Bile list. Instead of just whipping off the dust I decided I really wanted to redo all the units. I have always liked to paint fantasy models so I decided to use as much of a fantasy model as the base for each of my troop units.

The first unit I built was the Khorne Marked Bile Marines. I was looking around for Warhammer Fantasy minis that looked the part – big, brutish, evil – and found the Black Ork box to be a perfect match. I grabbed some of the extra Chaos Knight heads and proceeded to make my crazy, chunky, Khorne monsters. The story idea was that Fabius came upon a heavy gravity planet where might made right. He took enough test subjects to continue on his quest to find how to distill the taint of the warp. The one warrior with markings is the offering to Khorne. Every battle a new warrior is chosen and if he lives he starts on his path to become an Aspiring Champion.

The next unit I built was the mark of Slaanesh unit. I decided to take the chest from the Warriors of Chaos Marauders box and add them to some marine legs. I didn’t add any kind of backpack as I thought that might bulk out the design too much. I wanted to go with a complete warrior type of design – so they are covered in extra swords to imply that they would rather mix it with a dance of blades versus trying to out shoot an opponent. Again the less armored warrior is the one chosen as the offering/sacrifice to Slaanesh. I figured these were taken from a Gladiator world where war is fought in the arena. You could say I was watching a little bit of Spartacus when I thought up these guys.

Finally I finish with my Mark of Nurgle marines. I just used a straight Warriors of Chaos Warrior for this as the idea behind them is a feudal planet was getting virus bombed and the last order of knights hide away in a castle and prayed. They were answered by a man in a Red Mask who “saved” them by corrupting their bodies inside their armor. Now they are locked away and will forever by the sons of the great Plague Father. The man with the red face represents the first contact of the Red Mask and is the icon for the unit. Fabius has brought them in last and plans on figuring out how they survived.

The summoned daemons are currently Zombies that I figured were tests that didn’t finish all the well. The Obliterators are just crazy robots I made awhile ago. I thought about doing some new ones based off the new Rat Ogres – but still haven’t fully thought them out yet. I got the base model, just need to figure out if it is worth it to add some crazy guns. I will be playing this current army this weekend and will see if I end up taking it to Rochester for some beatings.

What do you guys think of the models and the list?  Also, what kind of crazy cross system conversions have you seen that really impressed?

Author: Thomas / Goatboy
Thomas Reidy, aka Goatboy, the ever-evil member of BoLS. I do arts, play 40k, and even paint a lot of stuff. I have been playing Warhammer 40K since the 1990s, and have won multiple national events including Adepticon and GW GTs. I've been writing for BoLS for 15 years. Look at my Instagram to see what I am working on - or working on for someone. I am always doing something hobby related.
Advertisement
Chaos Marines Warhammer 40k
Advertisement

Wargaming ASKEW: Too much time... 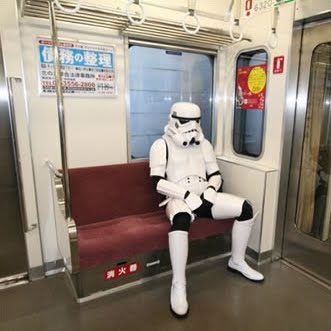