Brent: Detailing Miniatures: The Easy Way or the… 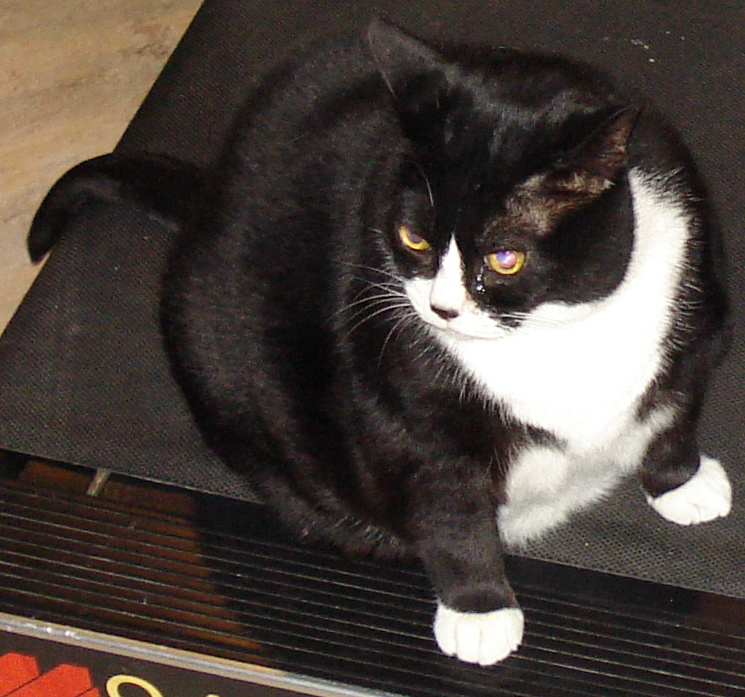 Boys and girls, Unicorns and children of all ages, I’m tired I am.  Last week’s article on the Wrecking Crew took it out of me!  To that end, I’m taking the easy way out… and showing you an easy way out.

Brent from Strictly Average here, and before I begin I’d like to take a moment and say a big ‘Welcome Aboard!’ to a good E-Buddy, Mr. Pinktastic himself…

If you’ve been living under a rock… or just aren’t that interested in online opinion on tactics and strategy… you may not have heard of 3++ is the New Black.  If that’s the case, you’d be doing yourself a solid to check it out!  Kirby has gathered to his warm bosom some of the best Competitive Hobbyists & List Crunchers among the current generation of Internet Personalities…

…too many to name, really!  It’s almost like an army:  A Pink Army! My painting style is best described as fast.  I’ve reached a point in my life where I’m happy with tabletop quality, so practically everything in my collection over the past few years is painted quickly, using techniques I’ve developed with speed in mind.

I should mention, my tendency to speed paint drives a few of my friends nuts.  One, in particular, pretty much universally hates my stuff – mostly, he says, because he knows I can do more when I put my mind to it.  That’s actually why I painted my Slaanesh-themed Eldar Army for the Wargames Con Team Tournament, which is by far the most effort I’ve put into any of my armies.

You can follow the link if you’re interested in seeing it, but that kind of effort isn’t something I want to put into most of my models.  I like having painted stuff to game with, so that takes cutting corners.  Moving on. This model, from my Menoth collection, is a bit of a centerpiece, so I spent more time on it.  Perhaps 3 hours at most – it’s always hard to say, isn’t it?  Anyway, I’ve free-handed the pages of books before… and I don’t care to do it again.  If you haven’t tried it, prepare yourself for aggravation.

It can be a huge pain to get a result you’re happy with.  So I just wrote it on.  Using pens.  Easy, right? Here was my first try, which took only a few minutes.  It’s okay, but I wasn’t happy with a few aspects, most notably the first page.  The bookmark covers the page, but that isn’t well-represented with the ‘Repent’ on the upper third.  Basically, it all fits on… but shouldn’t some of it be covered? Here’s the back of the book – it’ll be underneath the model, so I gave it the most basic of layers.  The choice of colors was the most important, I think – I was looking for muted leathers. Ah, where we are!  (That other picture broke up the flow of the article, but I’m feeling too lazy to fix it.)  I’ve fixed the aspects that bothered me.
And all it took was a Q-Tip with a bit of spit moisture on it!  Until the ink is dry, it will wipe right off, making it easy to correct mistakes. All done!  I wanted the book to lean to the left a bit… …darn!  Here’s another poorly placed picture!  Why did I want the book leaning a bit? Because the model is touching it.  I imagine the priest is smashing his stubby finger on the word BURN! There’s no ‘Repent’ for the enemies of Menoth I tell you!

Care to guess how long it would have taken to get this effect with a traditional paintbrush?  I’ll admit, if done properly it will look better than my result, but it’s not particularly easy to do… and it’s much tougher to correct mistakes. As a last comment, here’s a Top Tip for you.  Recently, I’ve started listening to books on CD while I paint.  A current favorite is Steven King… unabridged, of course.  His style is great for the audio book format, so I actually look forward to painting, just to continue listening to the story.

Look, regardless of how fast you paint, you’ve got to put in the time at the table – do yourself a favor, give this tip a try!

Okay – I’m done.  (I really am exhausted after last week – that article was a brute to put together!)