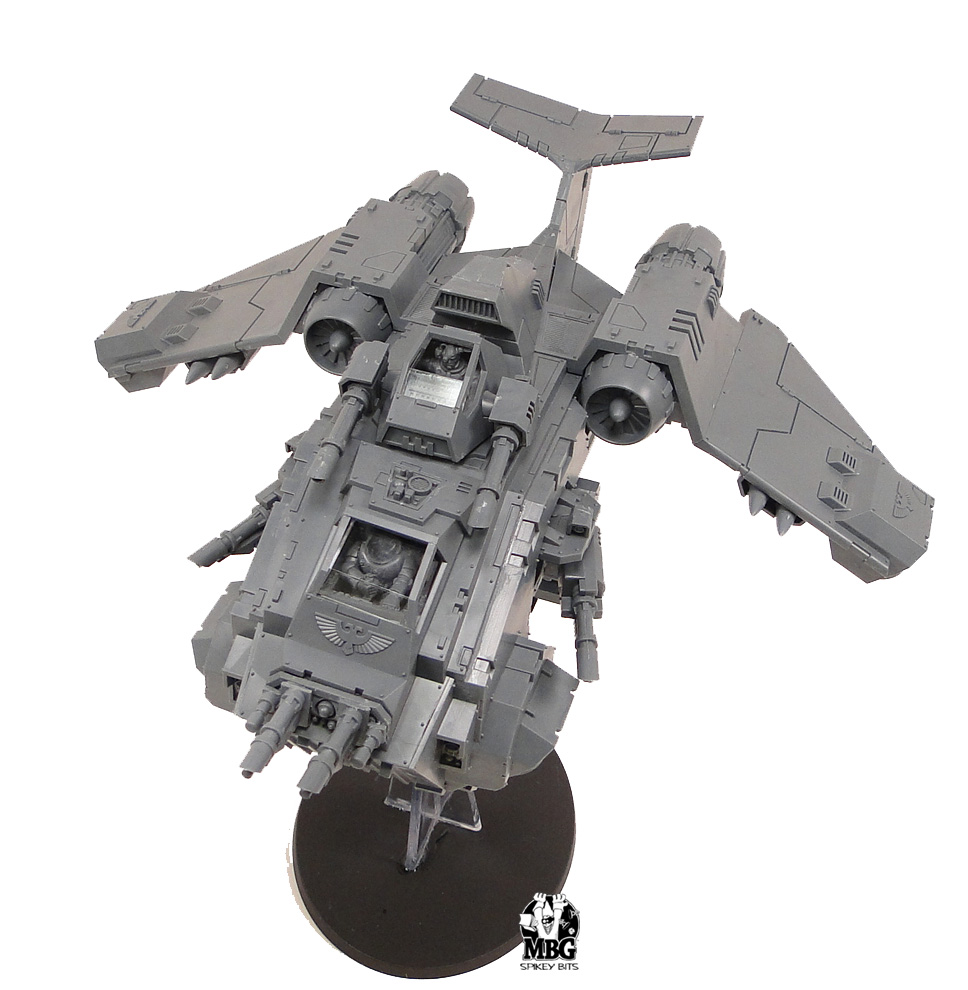 Here’s the first of many variants for the Stormraven Gunship I could come up with.  It is loosely based of off the Terminus Ultra Land Raider, except it’s got wings!

The premise behind the vehicle is basic search and destroy operations, where terrain/ conditions are not conductive to deployment of troops or heavy tanks.  It is inherently a Super Heavy killer, able to disable or destroy all but the largest vehicles in a concentrated volley from all four of it’s lascannons.  However it can be disabled itself due to infrequent power surges. The two conversions required to make the Bellicose Hunter Killer are pretty simple. The side sponsons are the same ones that go on the Space Marine Predator tank, and fit right into the side hatches with no problems.

They don’t even require magnets to hold them in as the new GW model tollerances are pretty tight. Believe me I am all for push fit weapons! Next up were the fixed twin lascannons in the front. I made those using the existing weapons mount, and just mounted the lascannons on top of the Typhoon Missile Launcher bit. For the weapons I used the plastic Lascannons from the side of the Valkyrie Model.

The trick with the lascannons is that you have to cut off and re-position the targeter on the side, flush with the end of the mount so it doesn’t look wonky.  Pretty simple conversion there that goes faster if you use a “Bone Saw”.

Once you knock that out, its home free- you can customize the rest of the vehicle any way you want. You now have a fast moving Titan Killer thats fun to play with. I went ahead and even made up an Apocalypse data sheet on the Bellicose. It’s 25 more points that the normal Stormraven, and you can give a few more pieces of equipment if you want.

What do you think of this new Apocalypse unit? 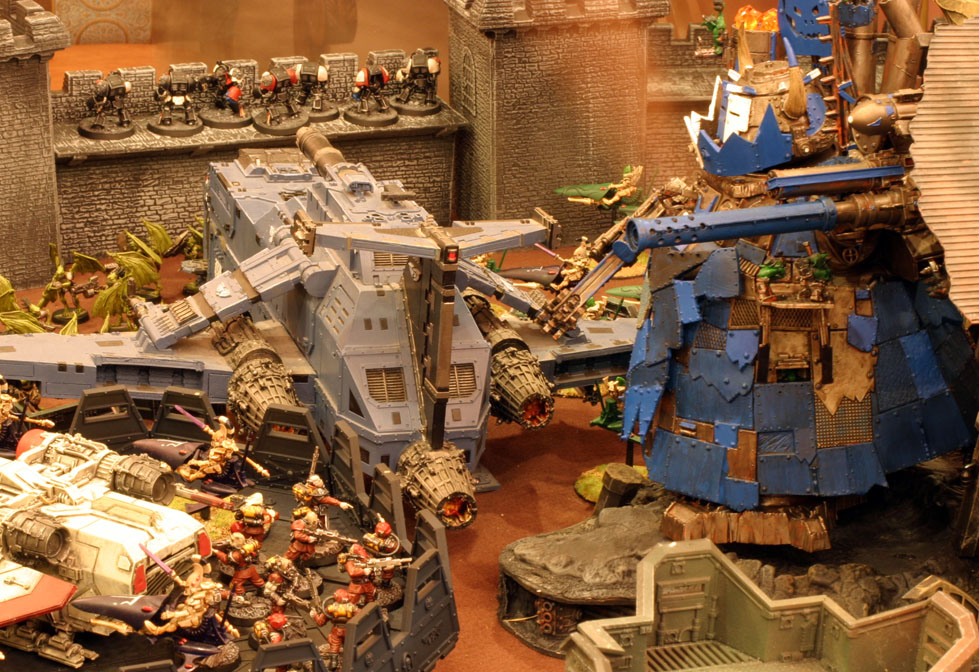