This week we have again the full range from Warlord Games over Wyrd Miniatures and Spartan Games, Infinity, Mantic Games, Bane Legion to Soda Pop Miniatures and HiTech Miniatures!  Enjoy!

Not sure if there will be a newsletter this week from them because they should be at SALUTE 2011, but that gives me a chance to catch up with them 🙂
First, already mentioned in the comments of last weeks post, the new british plastic Commandos: And, fresh for SALUTE, the finished german Unic P107 halftrack: Additionally, Spartan Games announced more naval goodness in form of the Escorts and Destroyers.
Mantic Games
No Orcs, but new releases for the Elves. I won’t comment any furthers, the pictures speak for themselves…
Wyrd Miniatures
A new teaser for the very soon to be released Puppets War, Cassandra: Additionally, they have new sets for Heavy Gear Arena, too! Thanks again to Bdub for sending me the pics of the painted model!
And finally, the Hell Cruiser Arcturus from  HiTech Miniatures: No need to talk about what one could do with a heavy war walker like that, is there?
And don’t forget, if a weekly fix is not enough, head over to The Tabletop Fix for daily news about the hobby!
Argh, I just bought two boxes of Grey Knights! Damn you Games Workshop for producing such amazing miniatures! Now I have to spend even more money to get some nice bases for them…
Advertisement 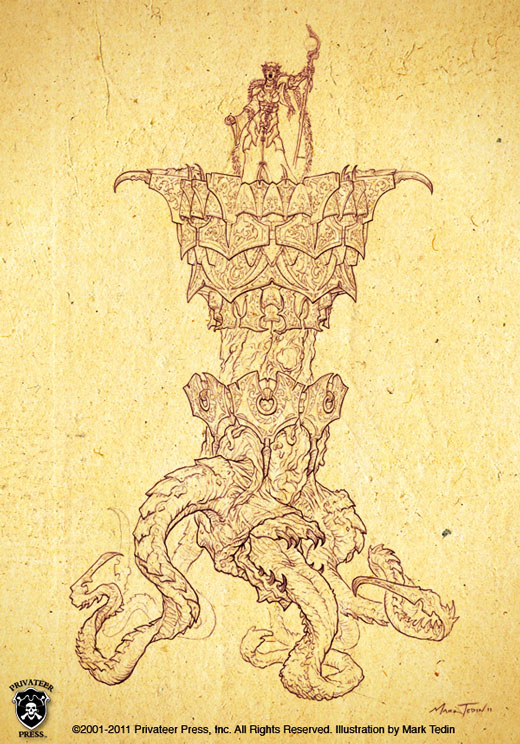