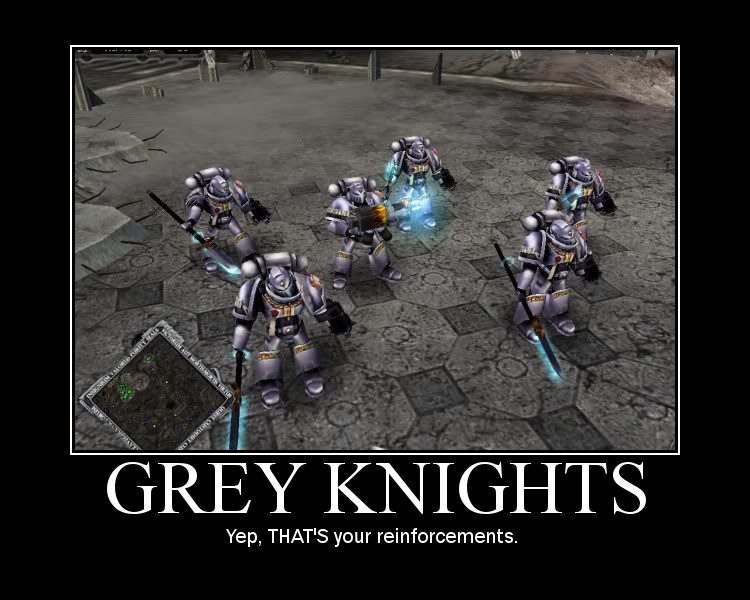 Goatboy here with some more model reviews. – This Week, the new Grey Knights.

As the internet has seen I painted my Grey Knights army. It isn’t a counts as Space Goat Thousand Son army. It is a tried and true Grey Knight army. So with that in mind I had to buy a lot of new plastic kits. And thus the review is born out of that stew of glue fumes, paint under the nails, and constant annoyance with two handed weapons.

Today I plan on reviewing the Grey Knights Strike Squad boxed set as well as the Terminator boxed set. I did build a Dread Knight but I converted it for a contest and thus I want to wait and build a new one from the box to review without pictures of me hacking at it and building it different. So with that in mind lets start the review.

I judge models based on Value, Look/Form, and Paintability. Pretty simple and easy as I want my models to look good and still be fun and enjoyable to paint and build. You get 5 guys out of the box and you can create a Purifier squad, Interceptor Squad, Strike Squad, and finally a Purgation Squad. That is a lot of options in the boxed set. I only wish they had all the hand weapons available as well as a way to make the guy with the loincloth not have one. It is annoying that you have 5 legs and one be the same for every option. All in all still a decent box with the majority of the options you want in there. Who would have thought that GW would put in two Psycannons in one box with the other 2 special weapon options only being singly in a boxed set (incinerators/psilenciers). Still you get one hammer and one staff so you do get a lot of neat stuff in the boxed set. I hope later armies get the same type of treatment in the future. Expect to buy a lot of these if you are playing Grey Knights

I wish the helmets were a bit more like the older metal ones. Still overall the models look pretty dang good. I do think the bolters are a bit off with their sideways gang shooting style. I don’t have any other ideas on how to make it look better but still you would think there was a better option. All in all they look like Grey Knights with lots of little bits and pieces all over them.

I just wish GW would learn that if you want to make a two handed weapon, have one of the arms stuck to the weapon. For the love of Pete just do it. I know you learned with Orks how to attach the shoota so I know the knowledge is there. It just makes no sense at all. Look the boxed set is controlled by how many legs you have in there. So if you add in extra arms it won’t matter that much in the long run as we can only really build 5 guys with those legs. We won’t be trying to take something from you Jes, we promise. Beyond that nonsense the models are fairly easy to paint. They rarely cross over the chest in a way that lets you not get a paintbrush into an area you can see. Mixed this with a fairly easy design to get paint on and you got a cool mini. At this point we know that every Terminator boxed set is going to be $50.00 bucks. This one is pretty good with only the Space Wolves one being a better “deal” overall. You get a ton of options in here as well as all the weapon loadouts you pretty much need. It isn’t the best Terminator box but it is seriously up there when you compare it to all the others. I do wish we had more arms to hold the special weapons. Just one is kind of bunk when you think about it.

These are Holy Terminators and they look the part. I wish the legs weren’t all designed to be kicked in the jimmy. You can only have so many spread eagle models and I think it would have been neat to see some walking forward legs in the boxed set. Thankfully this box has the most “single” hand weapons in it and it helps it from being a pain in the ass to build. I do think we could have had some more head options that were at least a bit different but we always can’t get what we want. Overall the models have a nice look and form with not too much bling. They look mean and I think all the options just look cool on it.

If you have played any type of marine army then you have painted a terminator. These guys have enough breaks from the flat planes you see in most Marine builds. This makes for a very fun model to paint as it is easy to break up the form with different options and designs within the model. These guys love to have spot colors on them and with the shield options and other bits you can have a nice bit of space to really showcase some neat stuff on the model. All in all a good batch of guys to paint up.

So all in all I think the main bits for the Grey Knights army are pretty good. If you plan on playing it you will be buying a lot of them. I think I ended up with 7 boxes of Strike Squads and 3 Terminators plus some random bits and pieces. So just be prepared to have lots of Nemesis Force Swords and extra “special” weapons.

Goatboy out!  What’s your take on the new kits fellow hobbyists?

Author: Thomas / Goatboy
Thomas Reidy, aka Goatboy, the ever-evil member of BoLS. I do arts, play 40k, and even paint a lot of stuff. I have been playing Warhammer 40K since the 1990s, and have won multiple national events including Adepticon and GW GTs. I've been writing for BoLS for 15 years. Look at my Instagram to see what I am working on - or working on for someone. I am always doing something hobby related.
Advertisement
Grey Knights Review Warhammer 40k
Advertisement 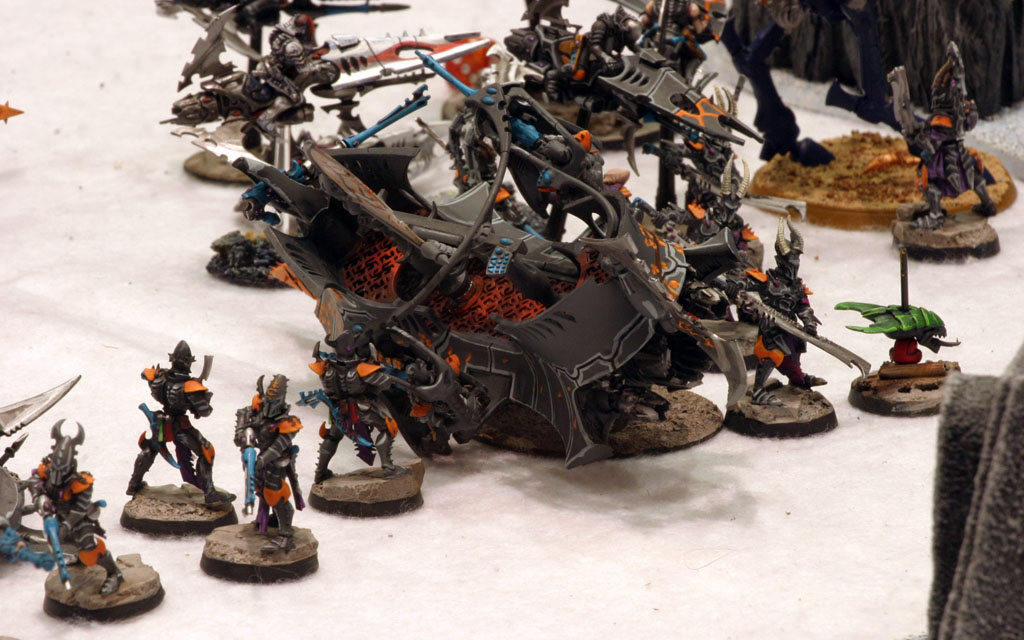