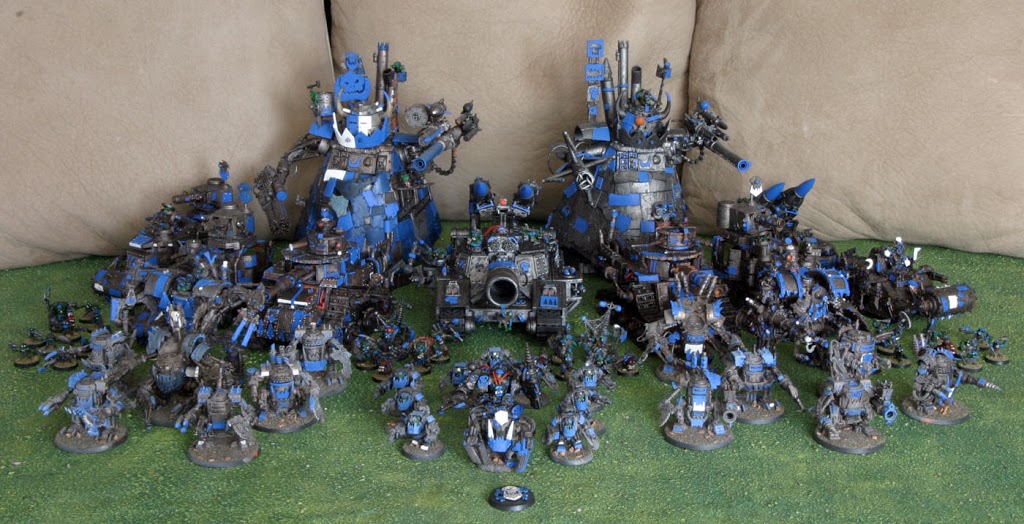 Rabscutle here again from Hatetoad to wrap up my run to the Narrative Event at WarGames Con.

As you’ve already read, I’ve been building towards a Deff Skull Mechanized Ork Army for the WarGames Con Narrative. I went for a unified paint scheme that, above all, appeals to my taste and skill level. Having learned a ton from the last two years while making this army, I’m going to start advancing as a painter, but for now, this is where I’m at and I’m happy to show it off.

This is a massive wall of Ork happiness, bathed in Enchanted Blue and Boltgun Metal. The pictured models represent roughly 6,000 points, ready to crunk and smash at WarGames Con. I’ll have all of the army available in case we don’t have more Ork players.

Here’s the list of what I can bring to bear: I’m really looking forward to the WGC and can’t wait to see if we can top the epicness of last years games. Armageddon, here we come!

More gratuitous shots of the entire army: (thanks BigRed) Comments and thoughts on the collection are welcome folks.  I’m to do some lootin!